The graph shows how the relative intensity of the scattered electrons varies with angle due to diffraction by the oxygen-16 nuclei. The angle is measured from the original direction of the beam. 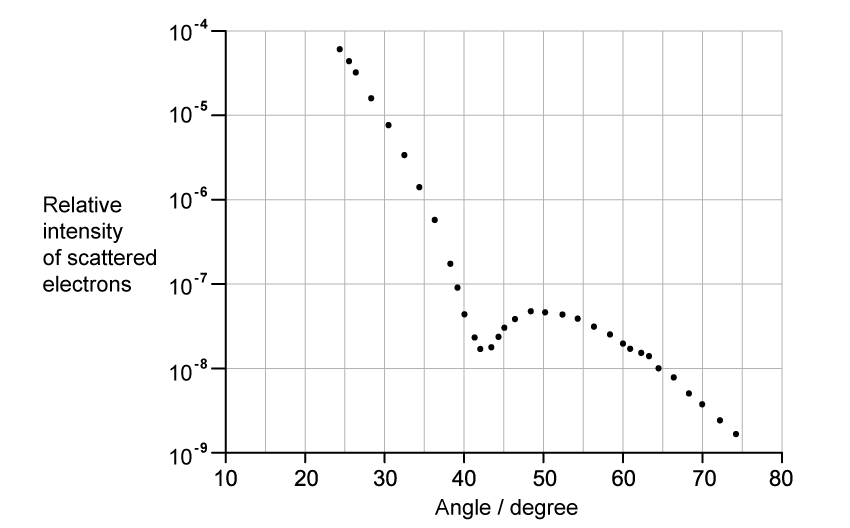 Calculate the radius of an oxygen-16 nucleus using information from the graph.

Step 1: Identify the first minimum from the graph 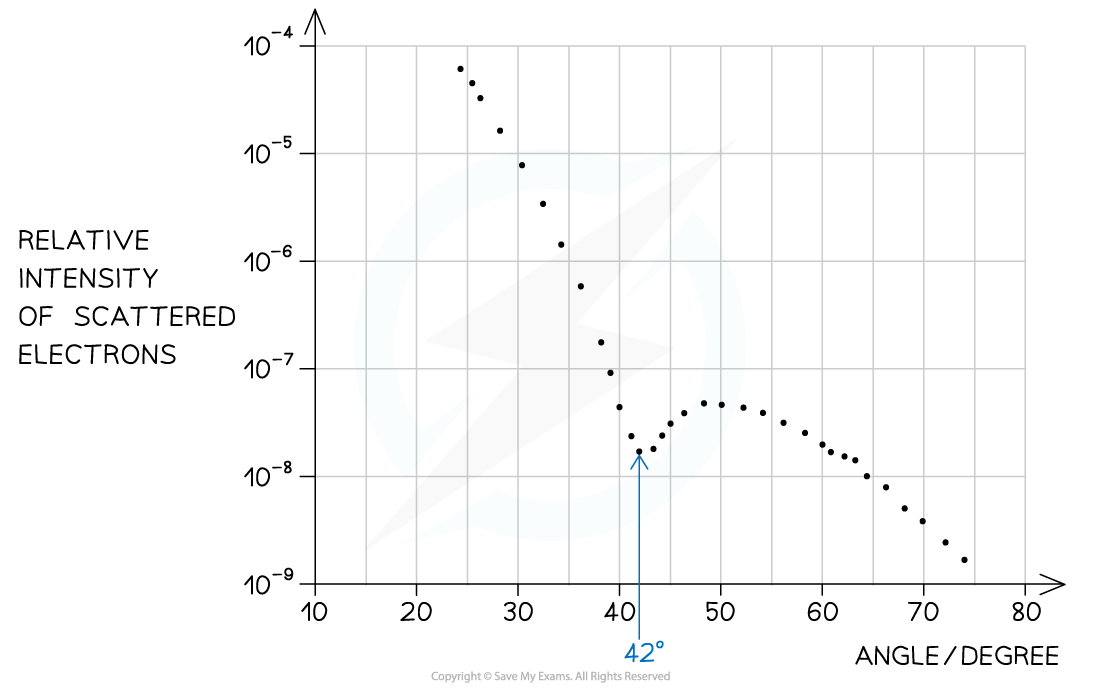 Step 2: Write out the equation relating the angle, wavelength, and nuclear radius