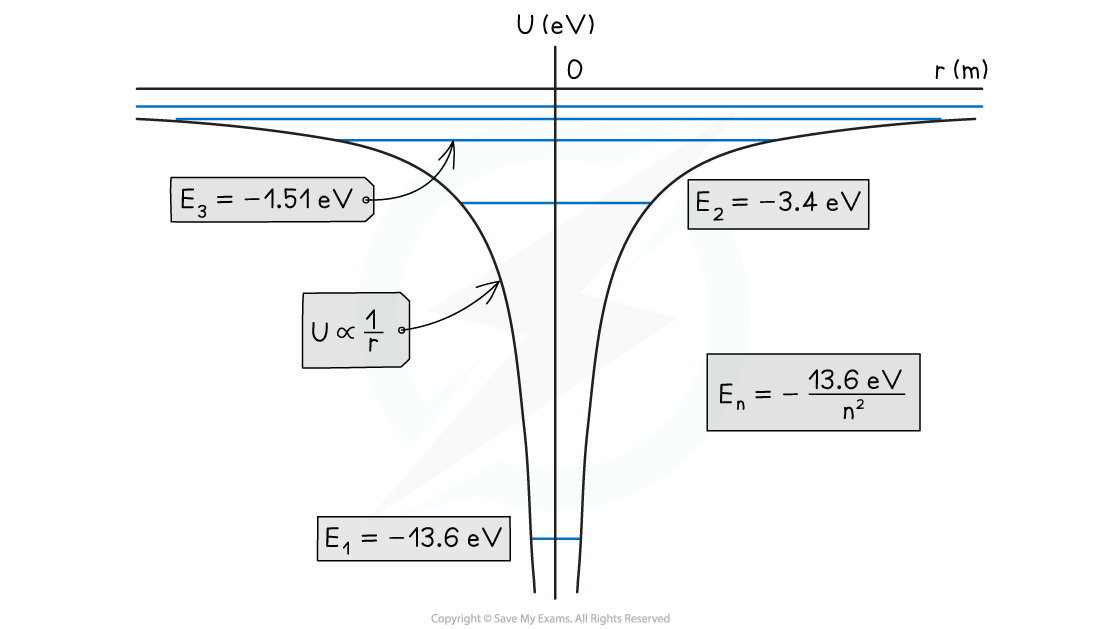 The potential energy curve for hydrogen and the quantised energy levels for n = 1, 2, 3, etc 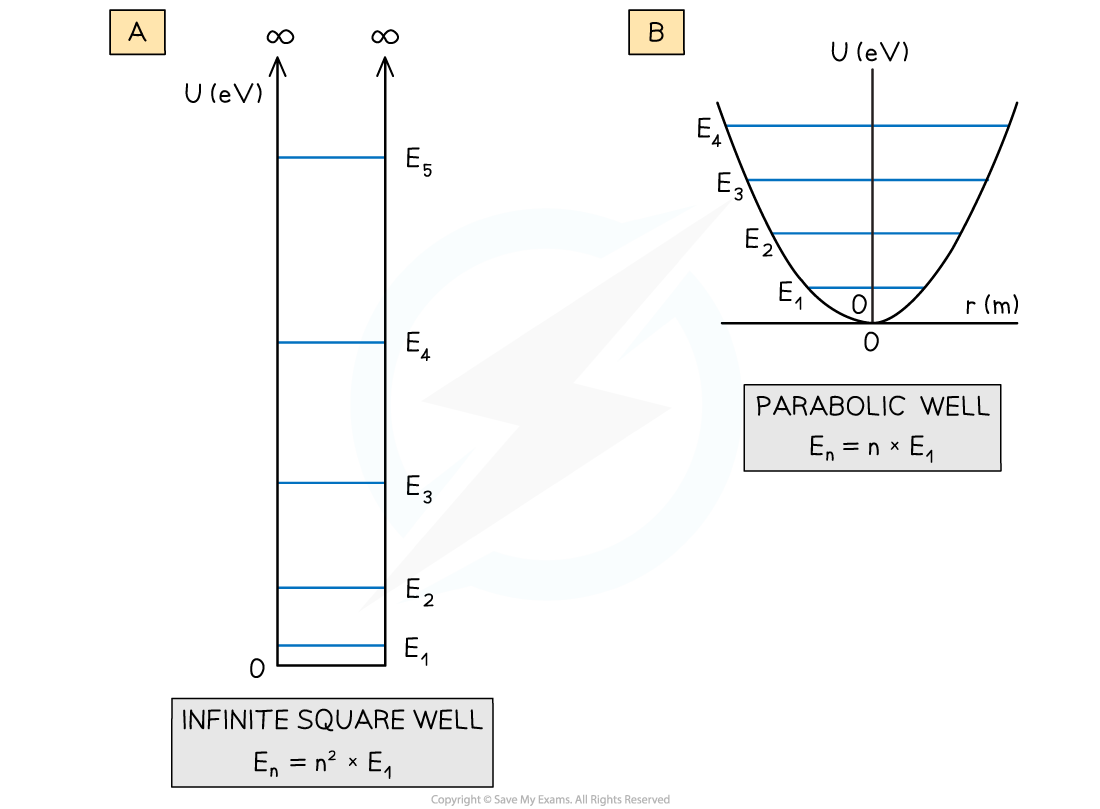 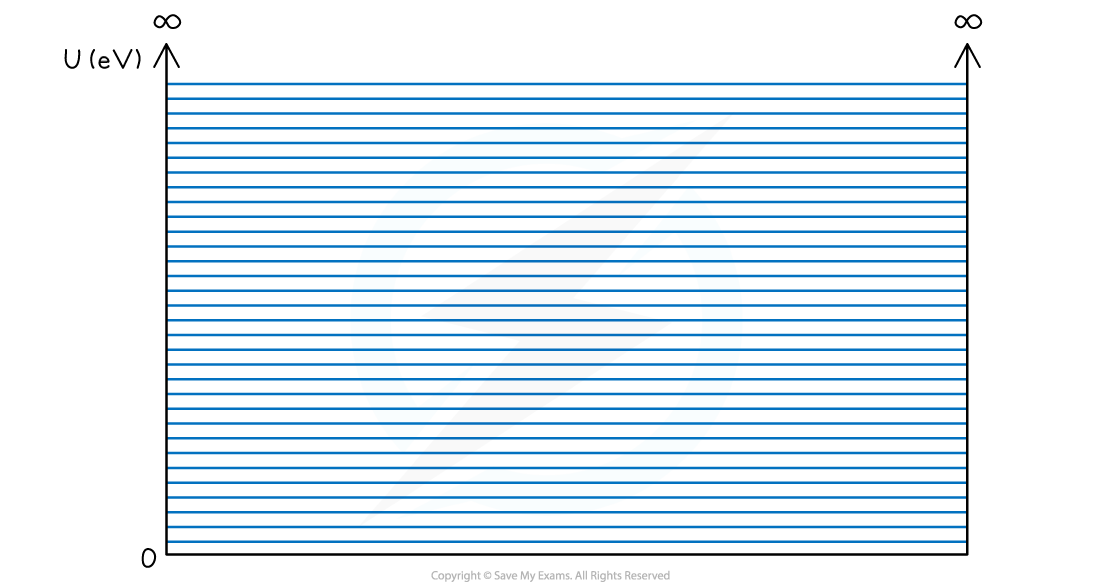 The "swimming pool" square well where the width is very large. For a wide well, the quantised levels get so close together that the allowed levels are effectively “continuous” 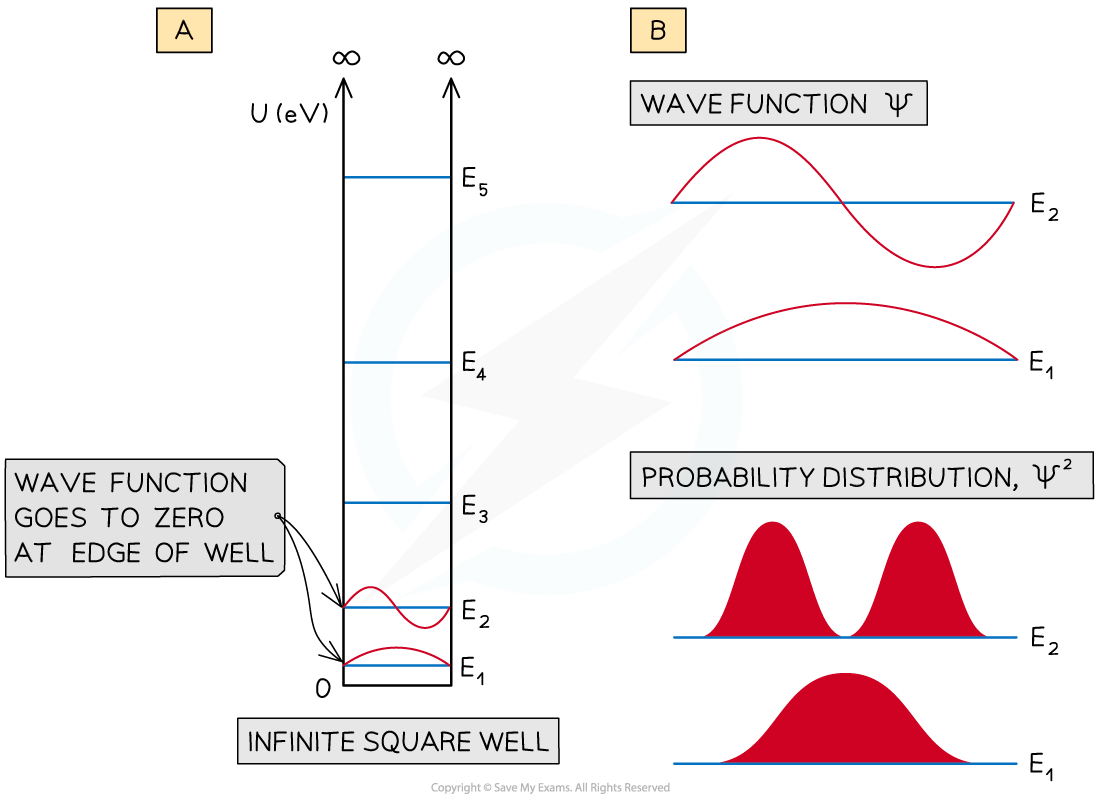 (a) Wave functions for E1 and E2 of an infinite square well. (b) an expanded view of the wavefunctions Ψ, and the probability 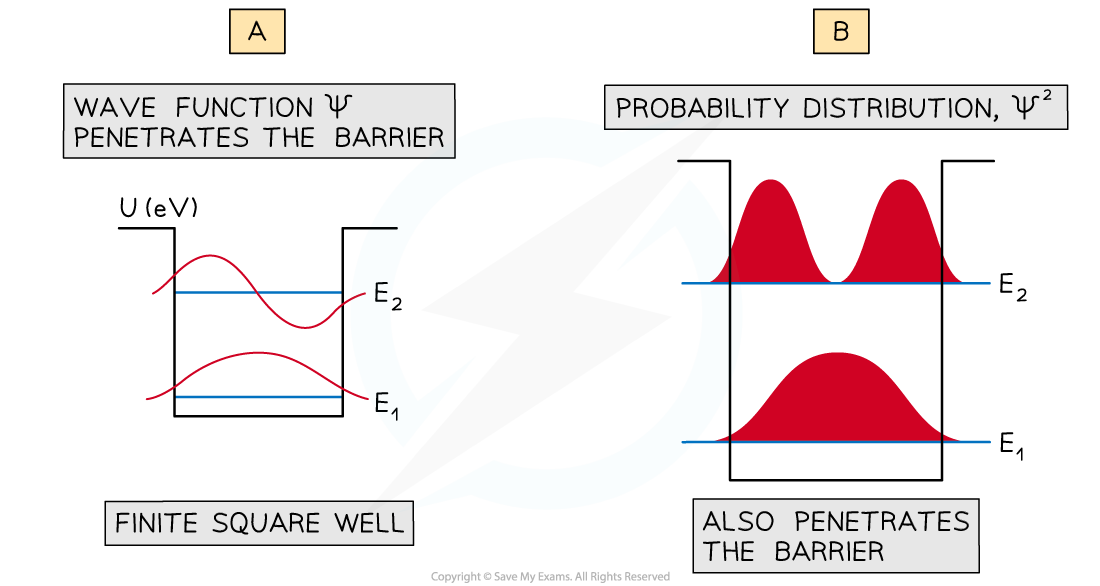 (a) Wave functions for E1 and E2 for a finite square well. (b) the wavefunctions Ψ, and the probability distribution Ψ^2 are seen to penetrate the barrier