The work function + the maximum kinetic energy of the photoelectron

Why Kinetic Energy is a Maximum 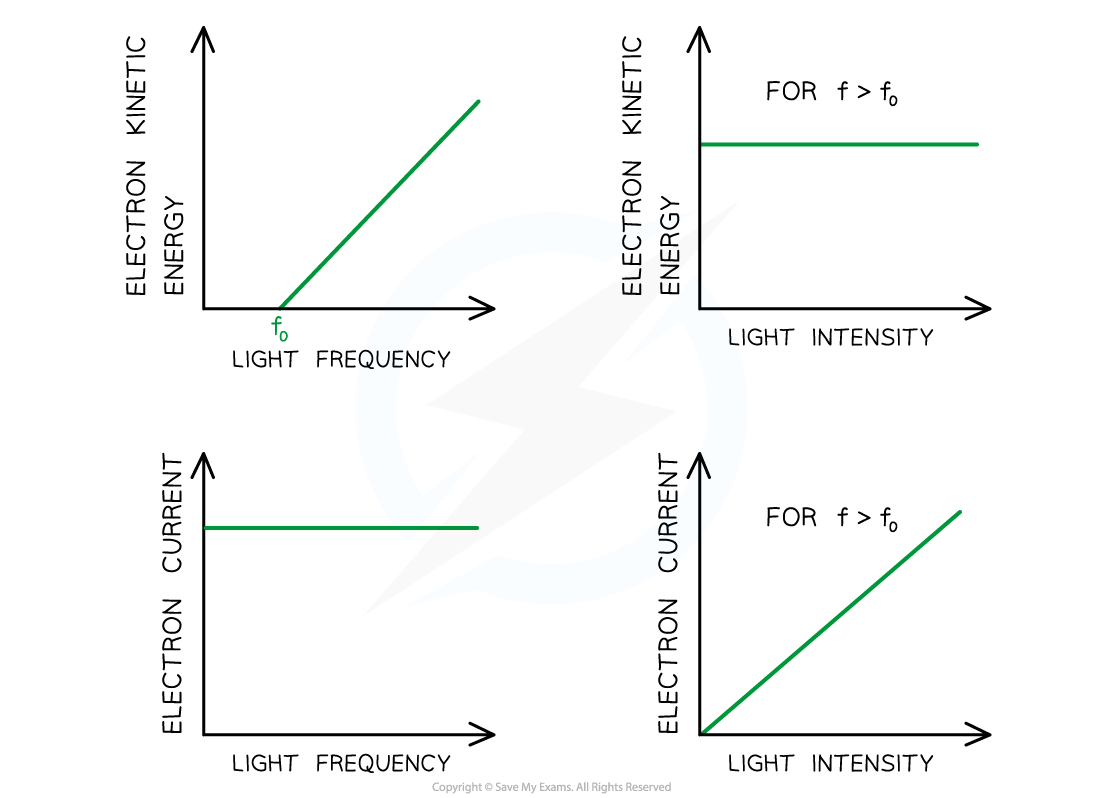 The graph below shows how the maximum kinetic energy Ek of electrons emitted from the surface of sodium metal varies with the frequency f of the incident radiation. 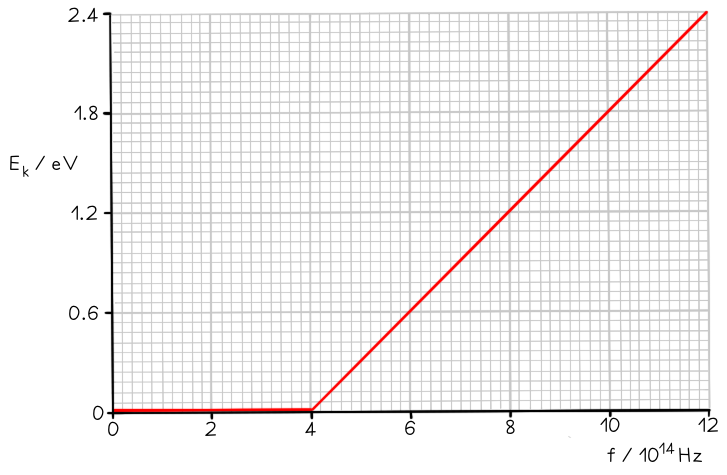 Calculate the work function of sodium in eV.

Step 1: Write out the photoelectric equation and rearrange it to fit the equation of a straight line 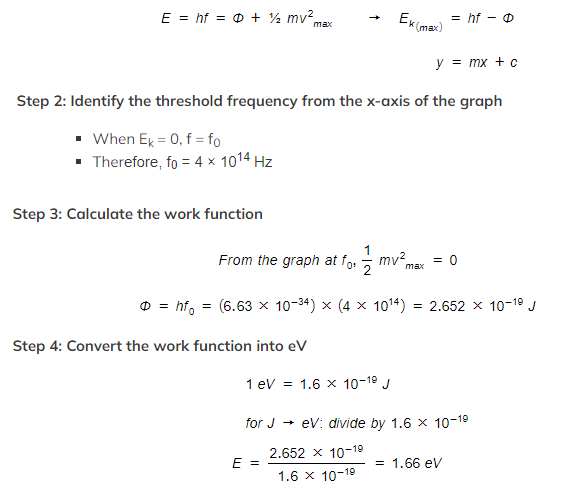 When using the photoelectric effect equation, hf, Φ and Ek(max) must all have the same units; Joules.

All values given in eV need to be converted into Joules by multiplying by 1.6 × 10−19. Do this right away, in the same way as you would convert into SI units before calculating.