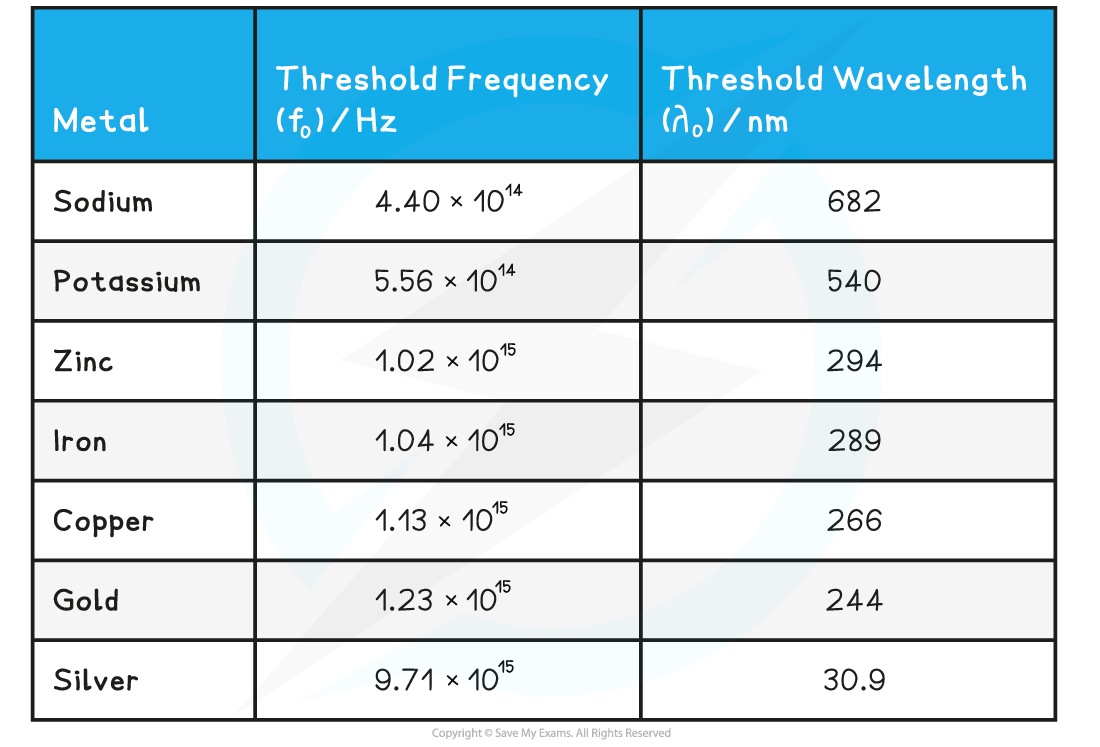 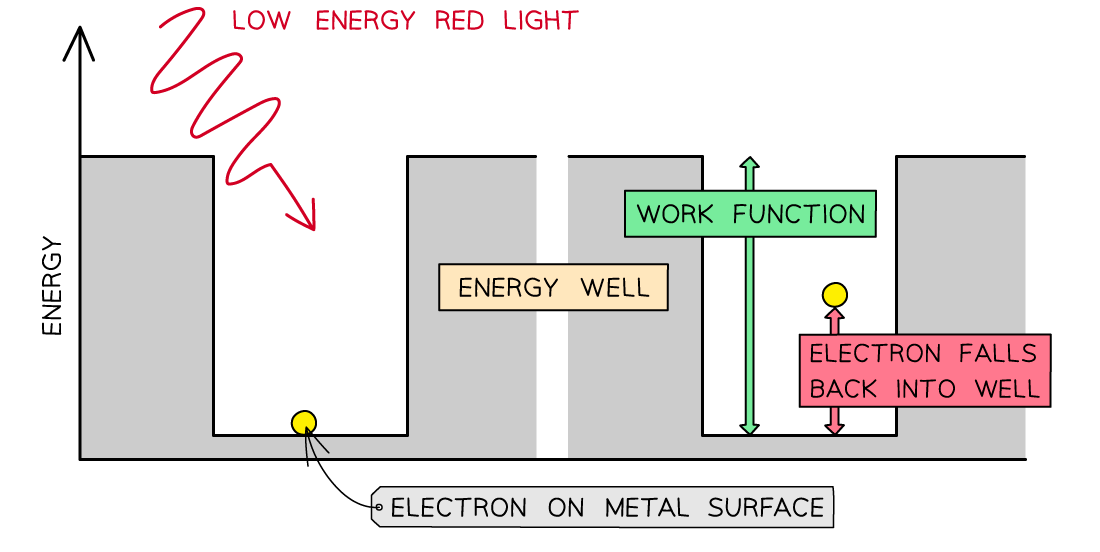 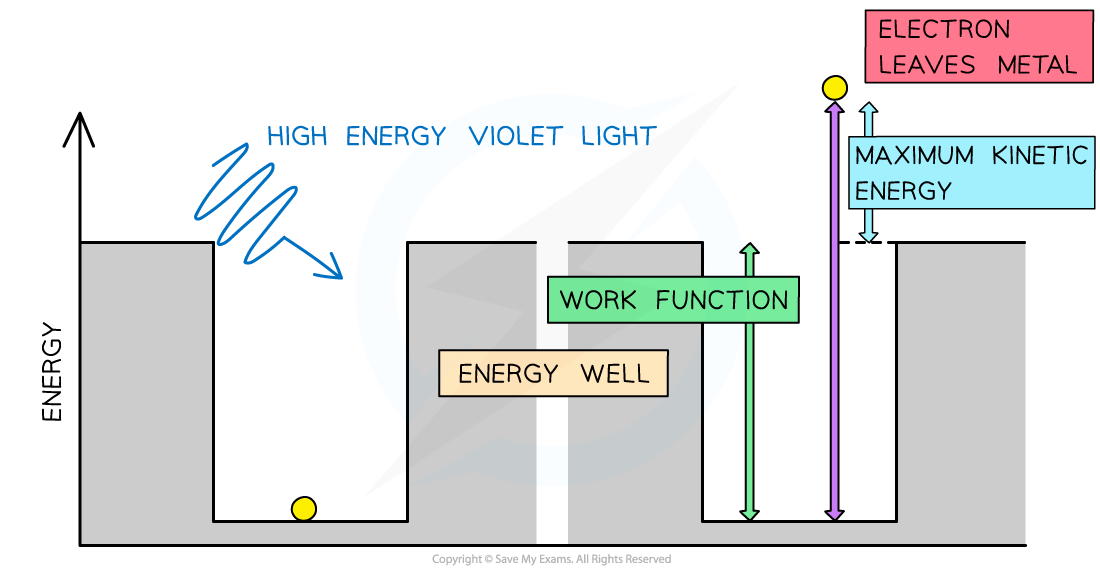 In the photoelectric effect, a single photon may cause a surface electron to be released if it has sufficient energy

A useful analogy for threshold frequency is a fairground coconut shy: 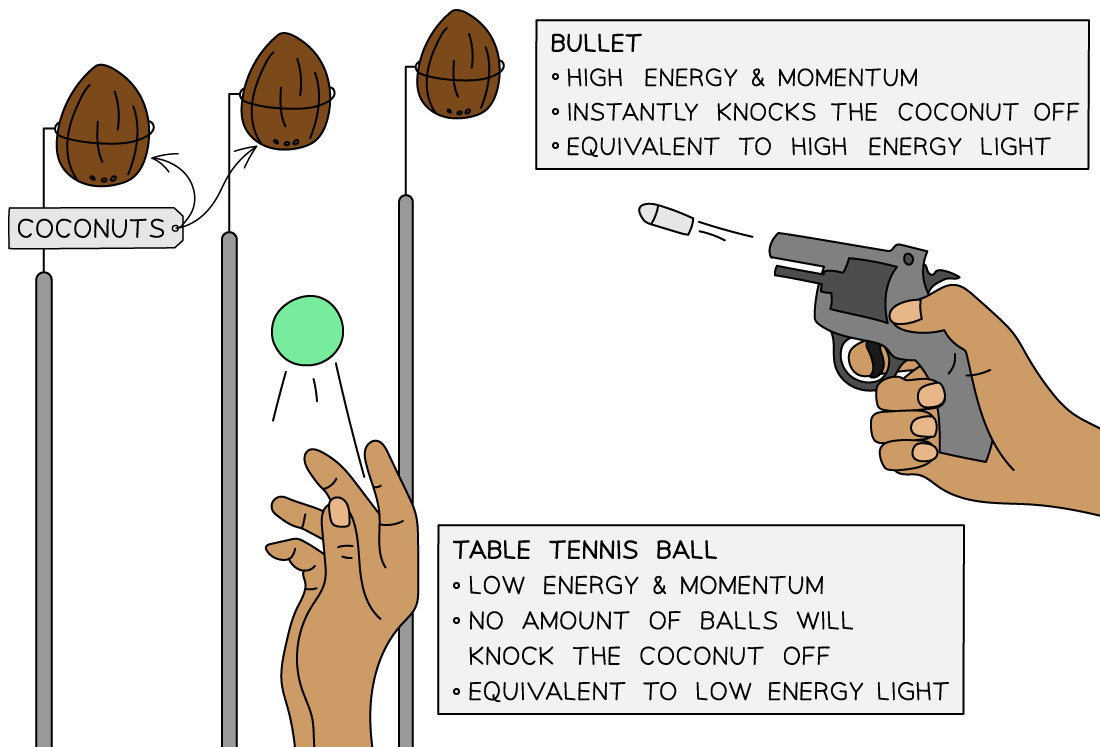