A massless ''packet'' or a ''quantum'' of electromagnetic energy

Light of wavelength 490 nm is incident normally on a surface, as shown in the diagram.

The power of the light is 3.6 mW. The light is completely absorbed by the surface.
Calculate the number of photons incident on the surface in 2.0 s.

Step 2: Write the equations for wave speed and photon energy 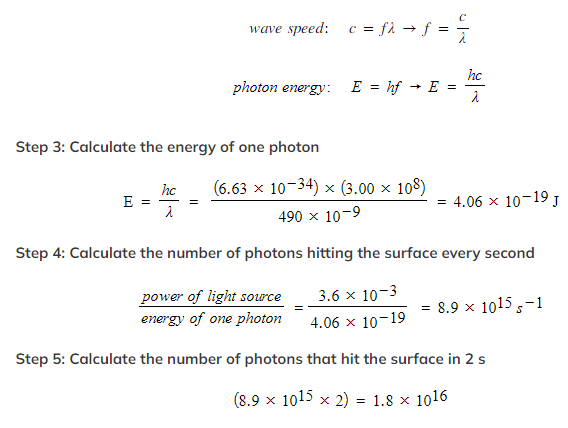 Assuming that all the photons are absorbed by the plate, calculate the momentum of the photon, and the pressure exerted by the laser beam on the metal plate.

Step 2: Write the equations for photon energy and momentum 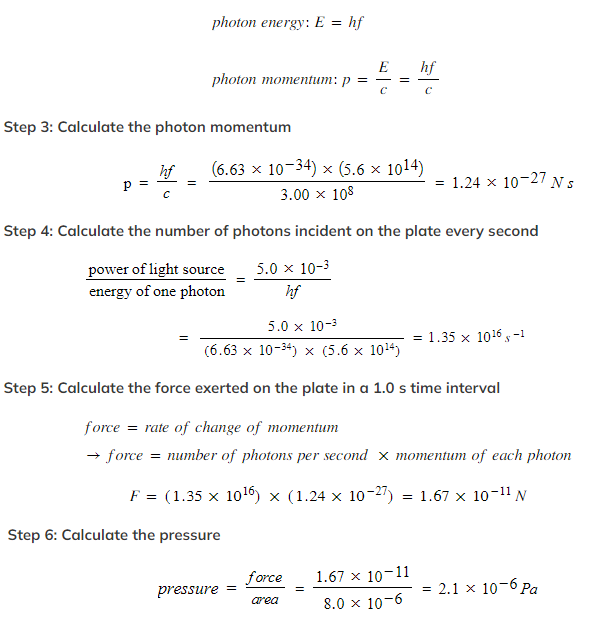 Make sure you learn the definition for a photon: discrete quantity / packet / quantum of electromagnetic energy are all acceptable definitions
The values of Planck’s constant and the speed of light will always be given to you in an exam, however, it helps to memorise them to speed up calculation questions!
转载自savemyexams