Values of the capacitor discharge equation on a graph and circuit

The initial current through a circuit with a capacitor of 620 µF is 0.6 A. The capacitor is connected across the terminals of a 450 Ω resistor.

Calculate the time taken for the current to fall to 0.4 A. 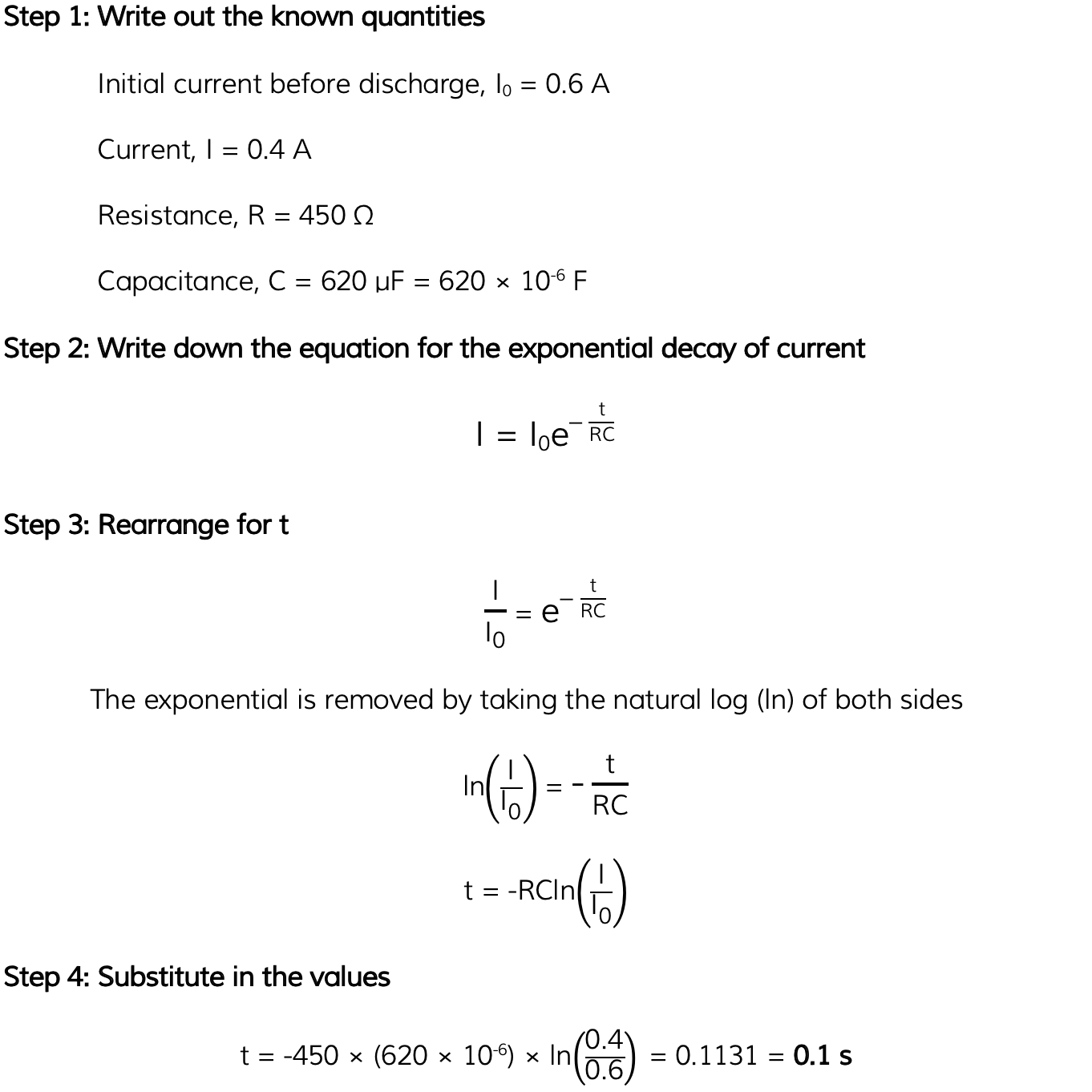