Capacitors connected in series have different p.d across them but have the same charge 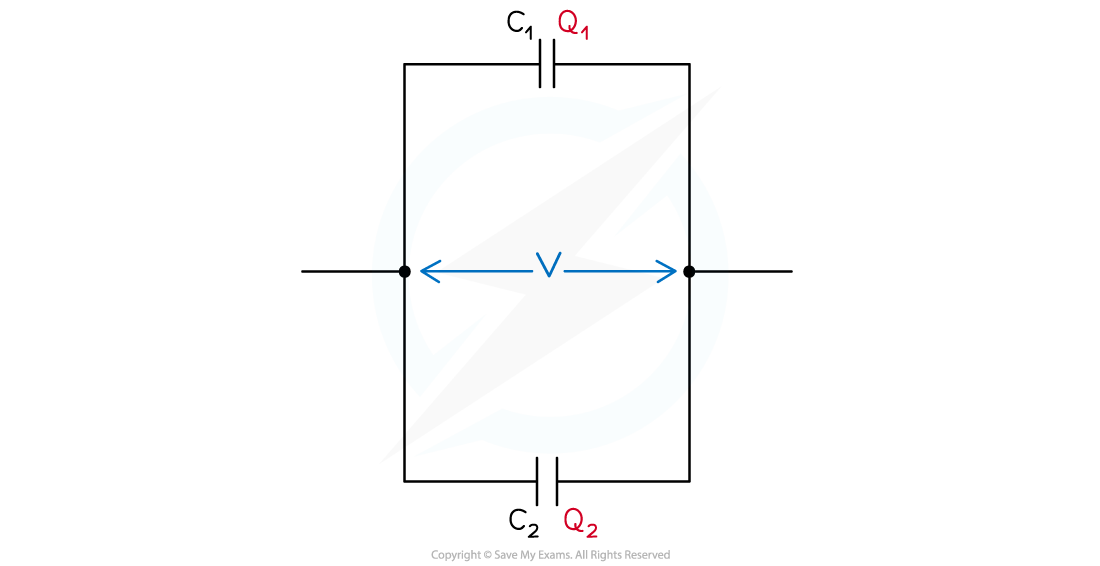 Capacitors connected in parallel have the same p.d across them, but different charge

Three capacitors with a capacitance of 23 μF, 35 μF and 40 μF are connected as shown below.

Calculate the total capacitance between points A and B.

Step 1: Calculate the combined capacitance of the two capacitors in parallel

Step 2: Connect this combined capacitance with the final capacitor in series

Step 3: Rearrange for the total capacitance

You will be expected to remember these derivations for your exam, therefore, make sure you understand each step. You should especially make sure to revise how the current and potential difference varies in a series and parallel circuit.

Both the combined capacitance equations look similar to the equations for combined resistance in series and parallel circuits. However, take note that they are the opposite way around to each other!