Step 2: Rearrange for permittivity of the material ε 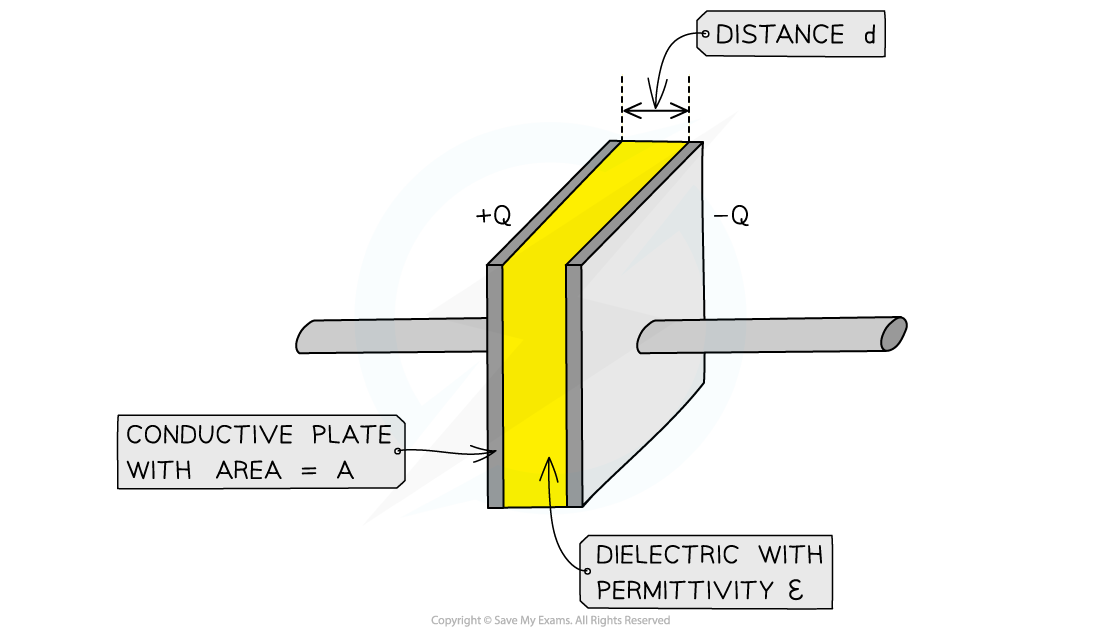 A parallel plate capacitor consists of conductive plates each with area A, a distance d apart and a dielectric ε between them

Determine the relative permittivity of the dielectric in the first capacitor. 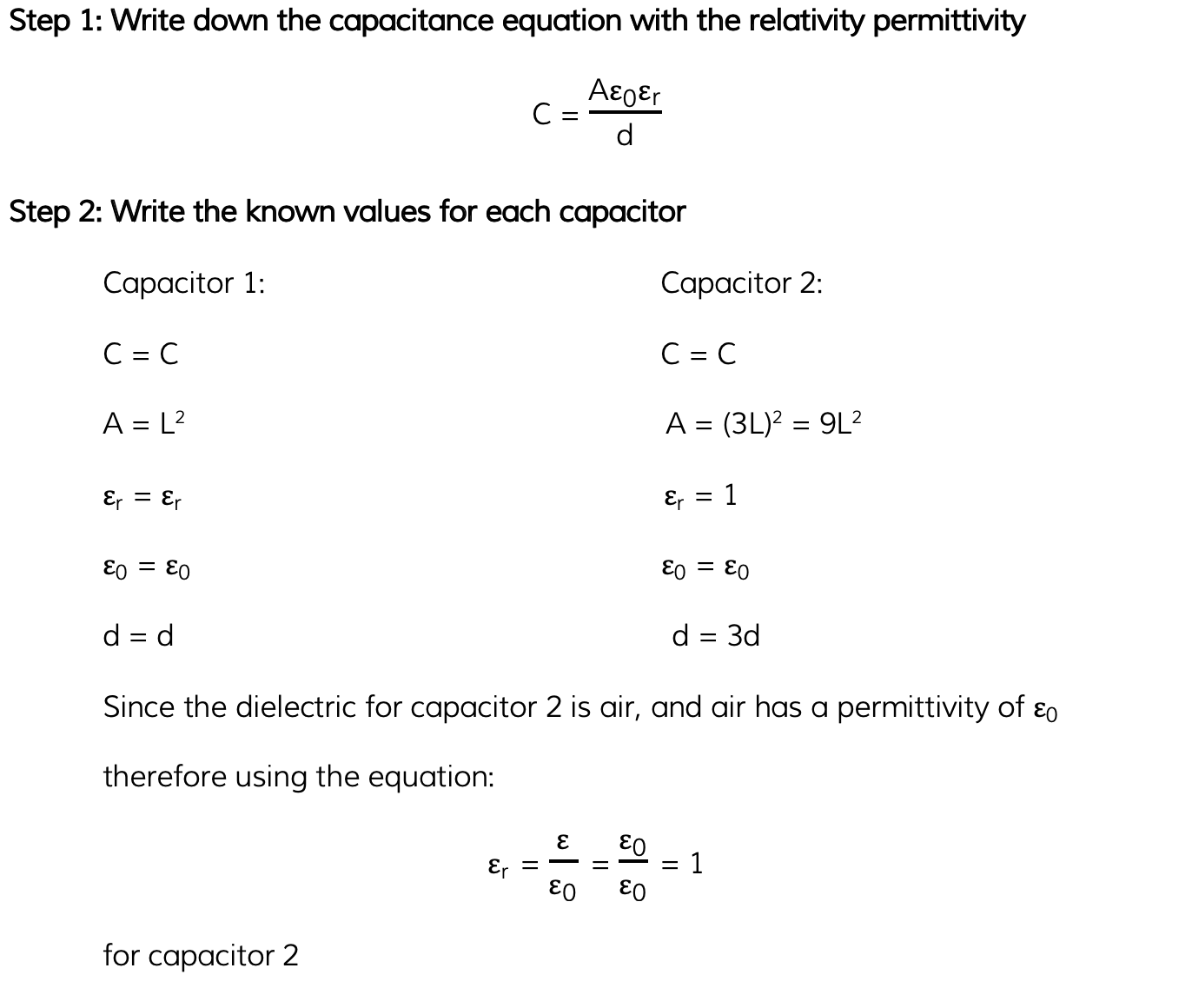 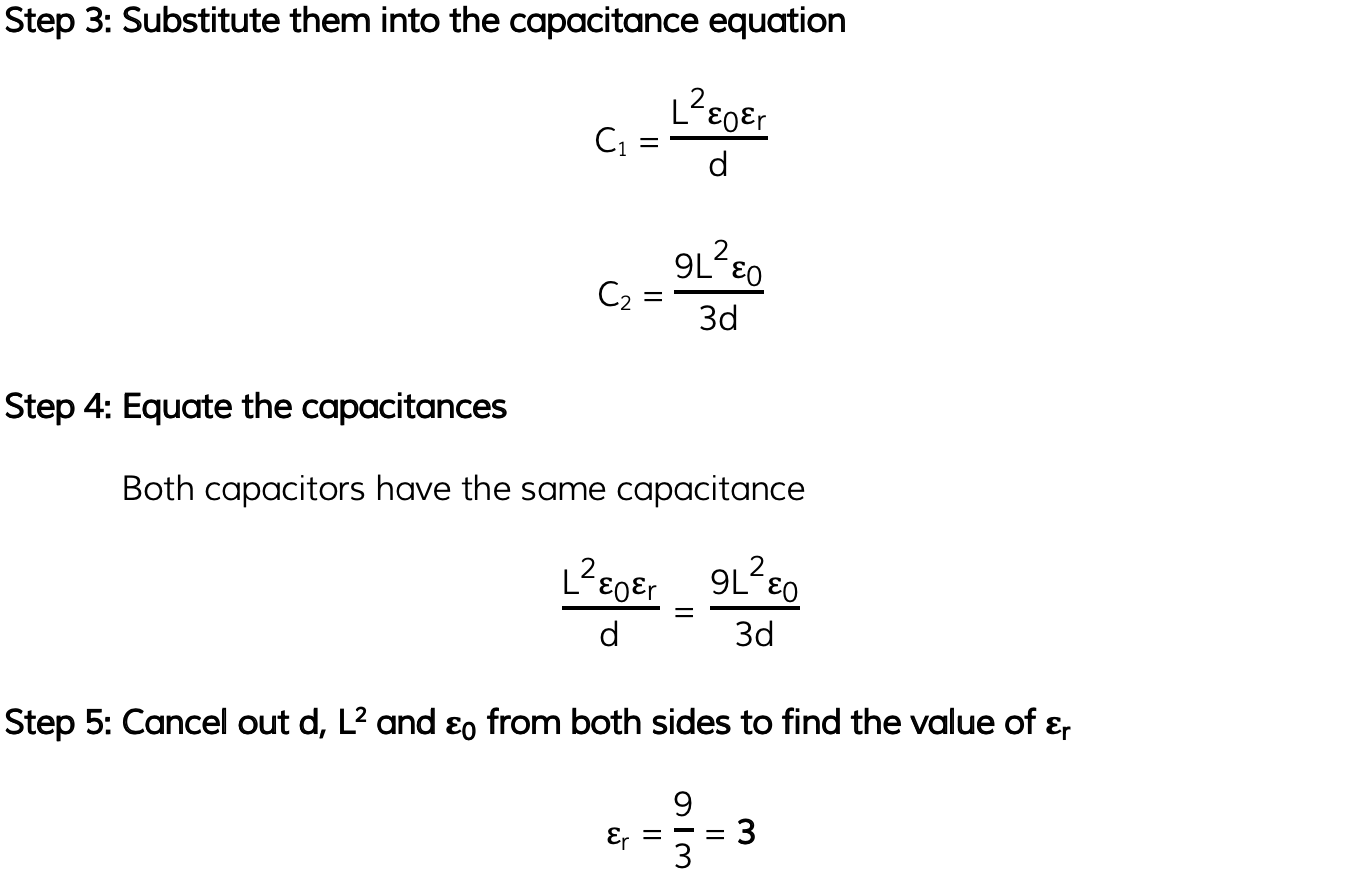 Remember that A, the cross-sectional area, is only for one of the parallel plates. Don't multiply this by 2 for both the plates for the capacitance equation!