A capacitor used in small circuits

The charge stored per unit potential difference (between the plates)

A parallel plate capacitor has a capacitance of 1 nF and is connected to a voltage supply of 0.3 kV.

Calculate the charge on the plates.

Step 2: Write out the equation for capacitance 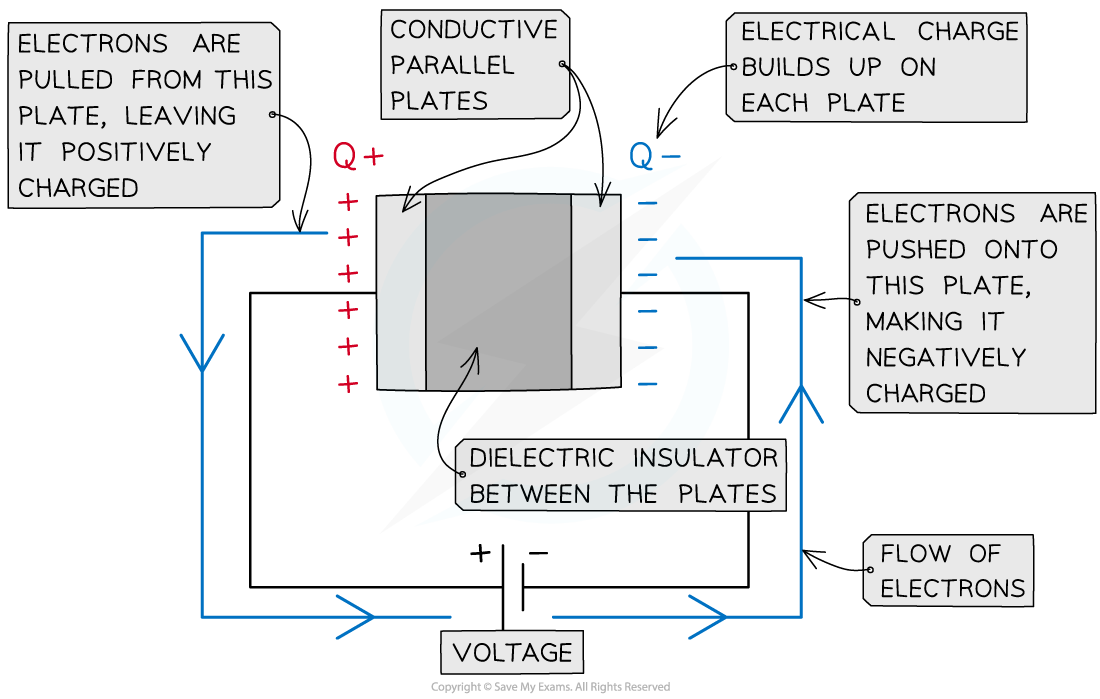 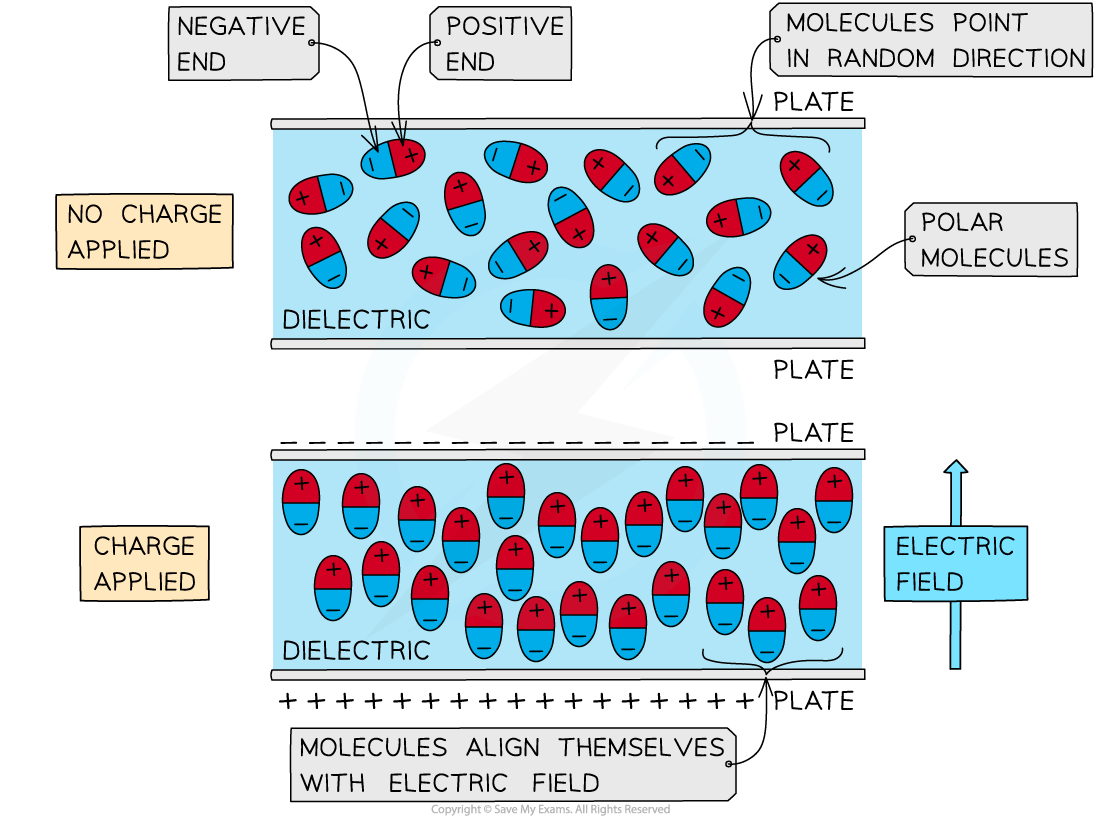 The ‘charge stored’ by a capacitor refers to the magnitude of the charge stored on each plate in a parallel plate capacitor or on the surface of a spherical conductor. The capacitor itself does not store charge.

The letter ‘C’ is used both as the symbol for capacitance as well as the unit of charge (coulombs). Take care not to confuse the two!