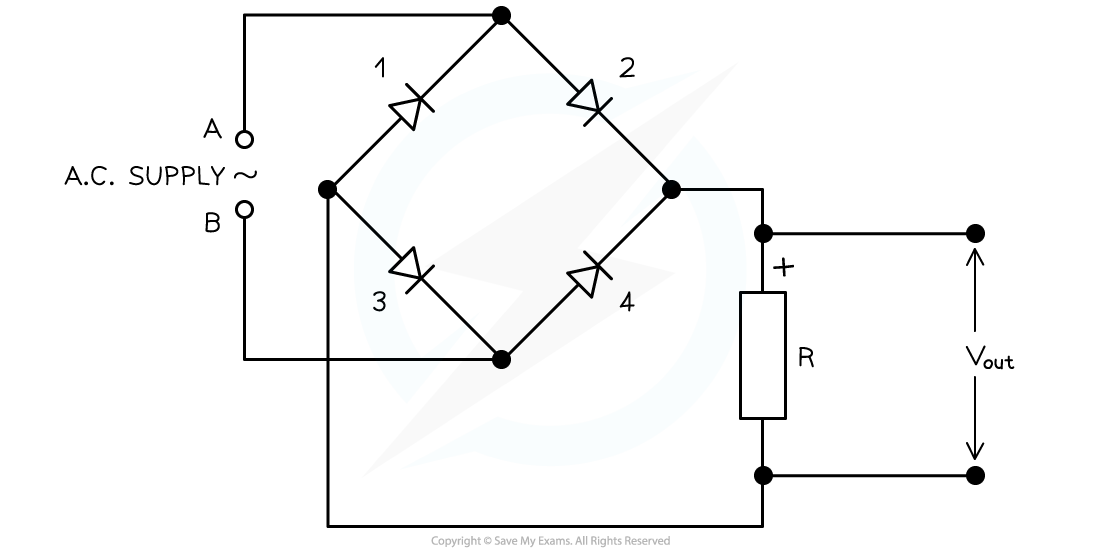 A bridge rectifier consists of four ideal diodes A, B, C and D as connected in the figure shown below.

An alternating supply is applied between the terminal X and Y.

Identify which diodes are conducting when terminal X of the supply is positive.