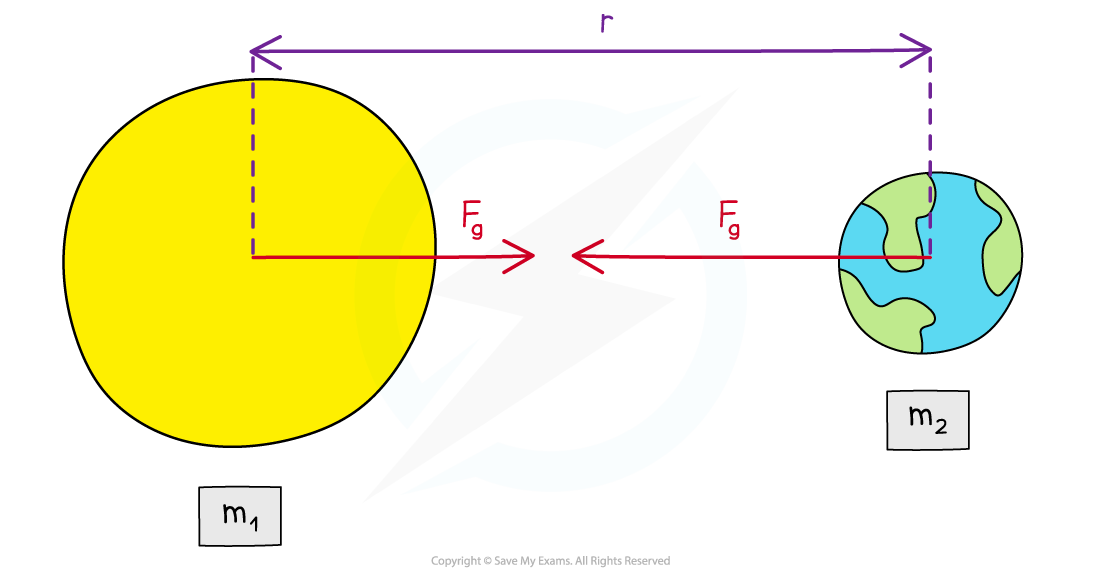 A satellite with a mass of 6500 kg is orbiting the Earth at 2000 km above the Earth's surface. The gravitational force between them is 37 kN.

Calculate the mass of the Earth. 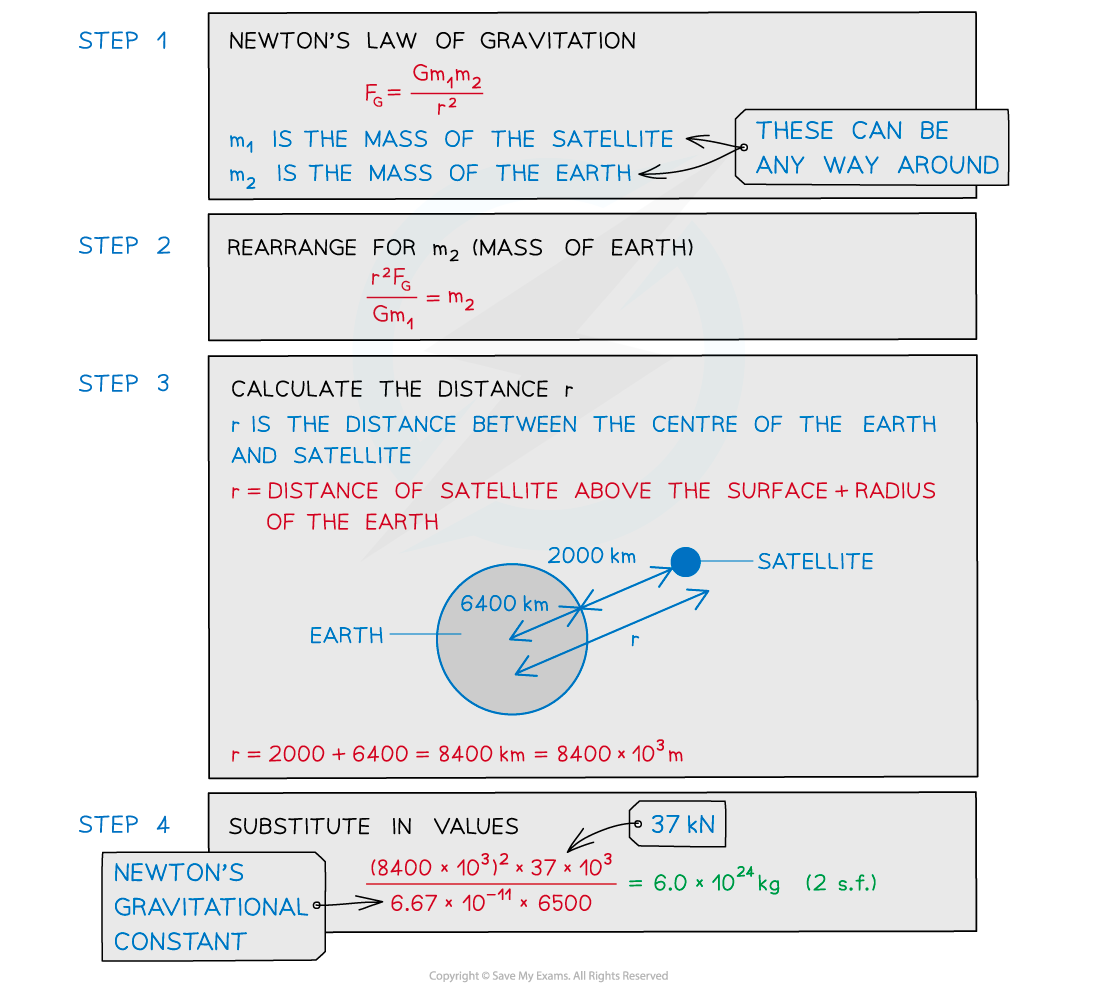 An alpha particle is situated 2.0 mm away from a gold nucleus in a vacuum. Assuming them to be point charges, calculate the magnitude of the electrostatic force acting on each of the charges. Atomic number of helium = 2, Atomic number of gold = 79, Charge of an electron = −1.60 × 10-19 C.

Step 2: The electrostatic force between two point charges is given by Coulomb’s Law

A common mistake in exams is to forget to add together the radius of the planet (which is the distance from the centre of mass to the surface) and then, the height above the surface of the planet.

Sketching a diagram will remind you of these two distances and is really a few seconds well spent!