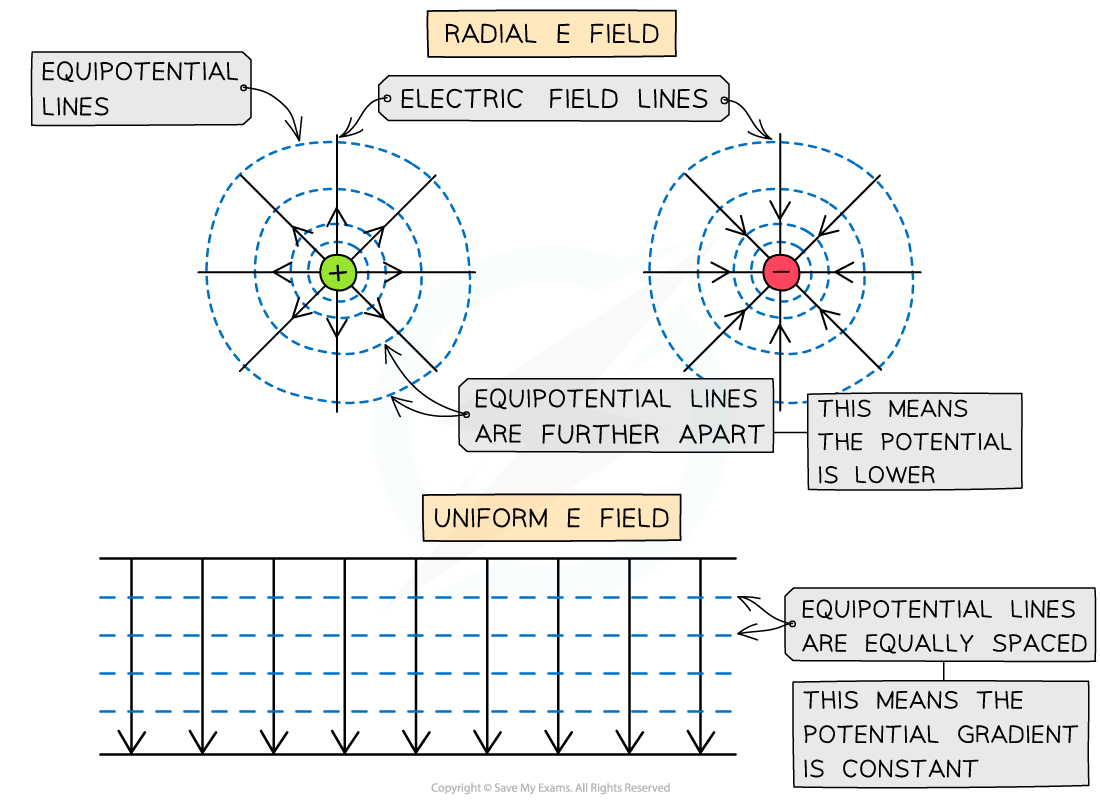 The gravitational potential and distance graphs follows a -1/r relation

where G and M are constant

Determine the change in gravitational potential when travelling from 3 Earth radii (from Earth’s centre) to the surface of the Earth.

Step 1: List the known quantities
Step 2: Write down the equation for potential difference 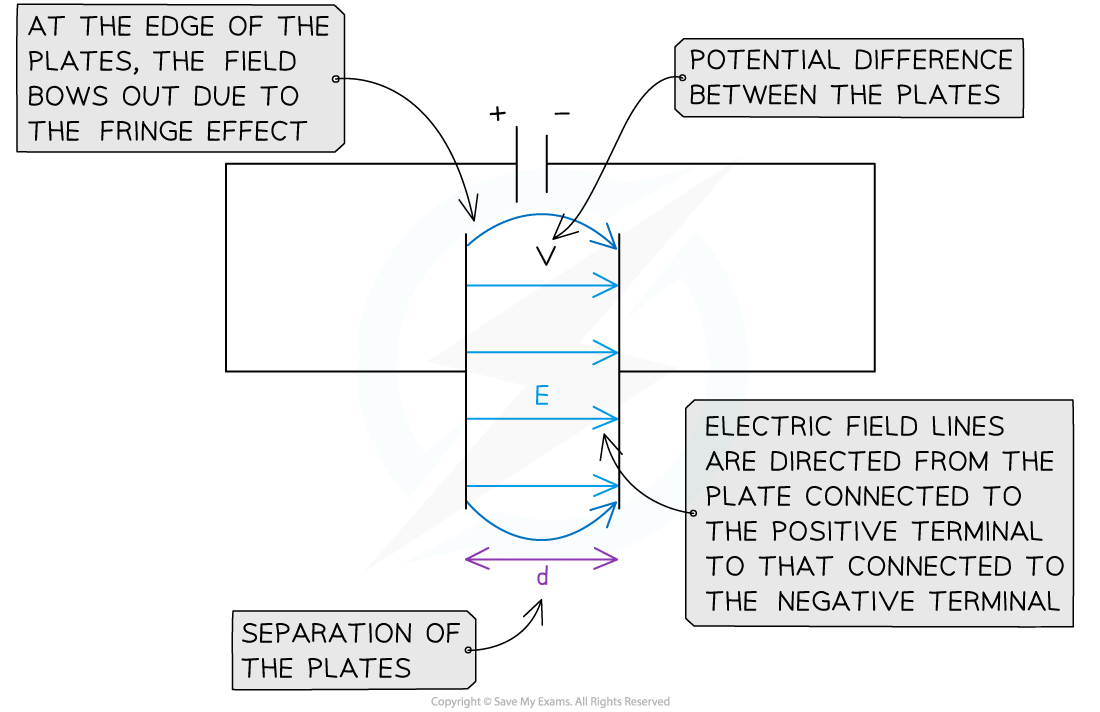 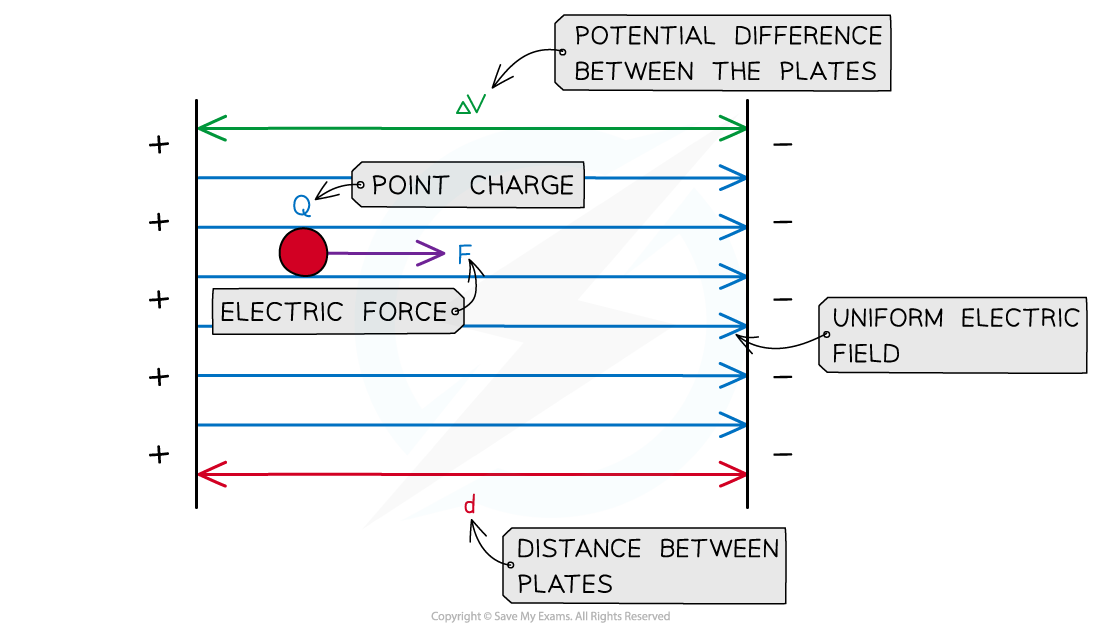 Two parallel metal plates are separated by 3.5 cm and have a potential difference of 7.9 kV.

Calculate the magnitude of the electric force acting on a stationary charged particle between the plates that has a charge of 2.6 × 10-15 C. 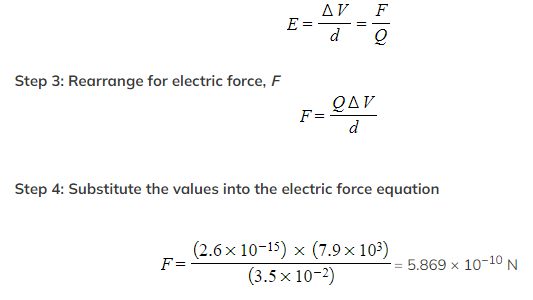