Work Done on a Mass 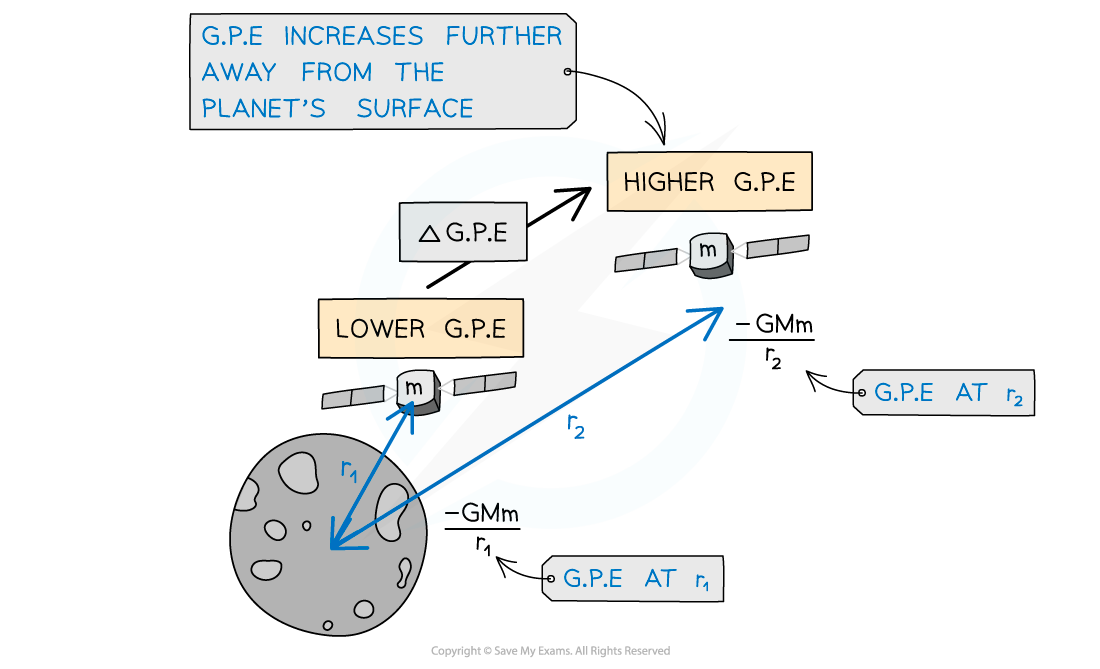 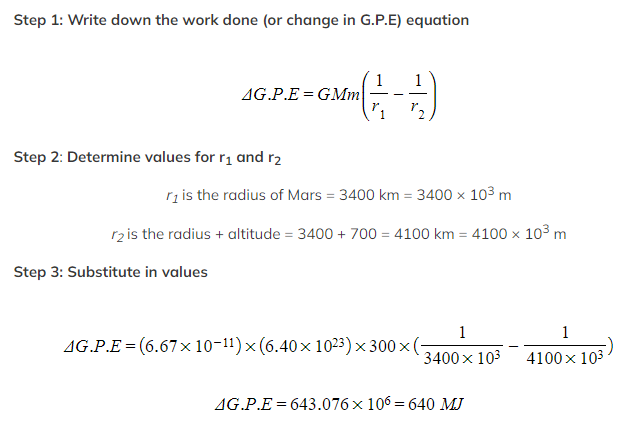 Work Done on a Charge 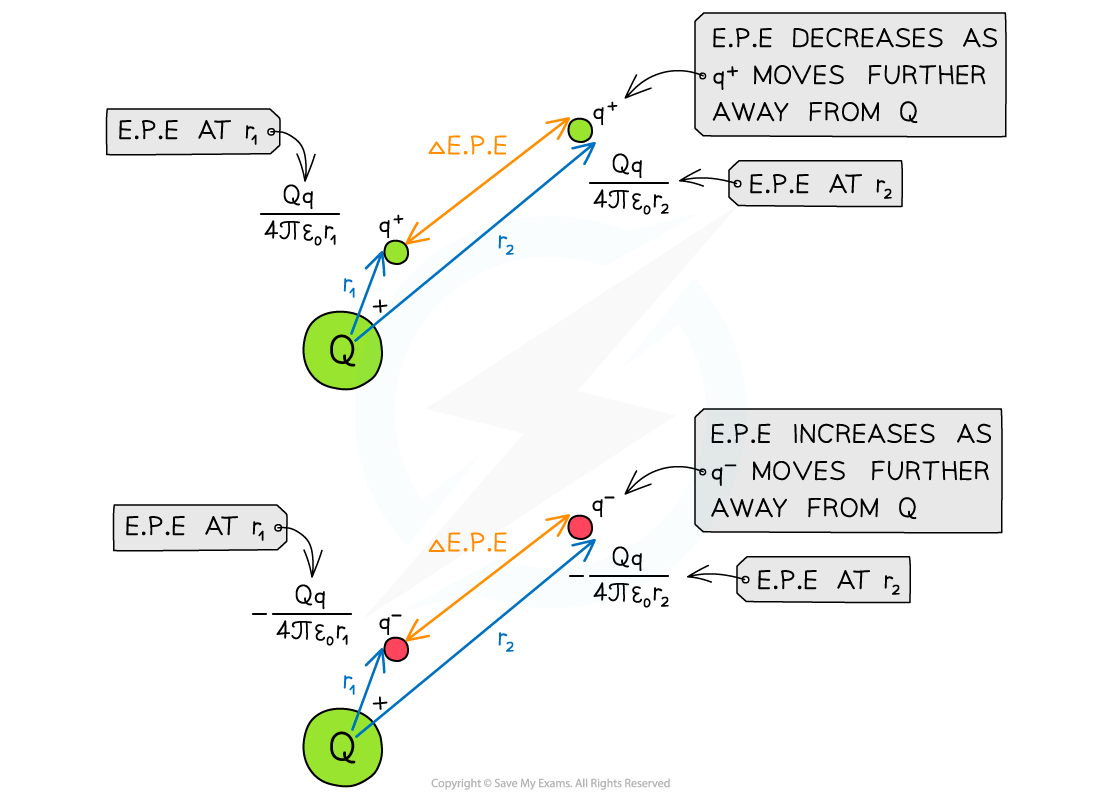 Calculate how much work is done when a +3.0 nC charge is moved from R to S.

Step 3: Substitute in the values into the equation

Make sure to not confuse the ΔG.P.E equation with ΔG.P.E = mgΔh, they look similar but refer to quite different situations.

The more familiar equation is only relevant for an object lifted in a uniform gravitational field, meaning very close to the Earth’s surface, where we can model the field as uniform.

Remember that q in the work done equation is the charge that is being moved, whilst Q is the charge which is producing the potential. Make sure not to get these two mixed up. It is common for both to be given in the question, as in our worked example. You are expected to choose the correct one.