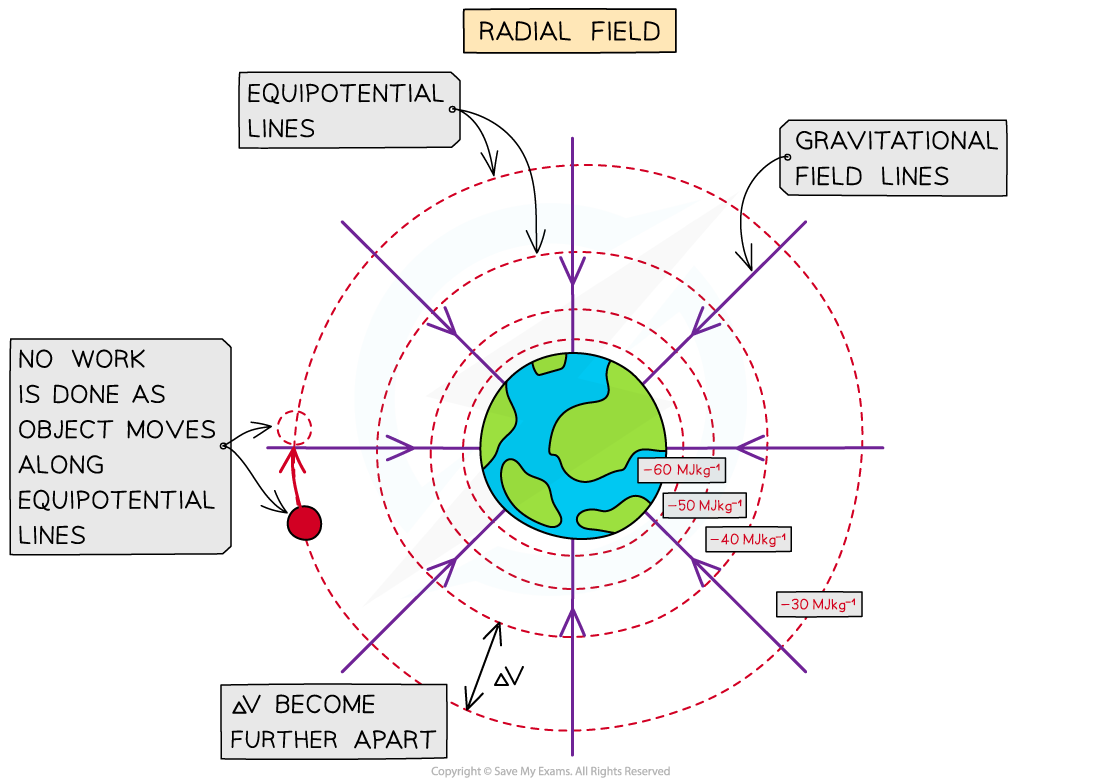 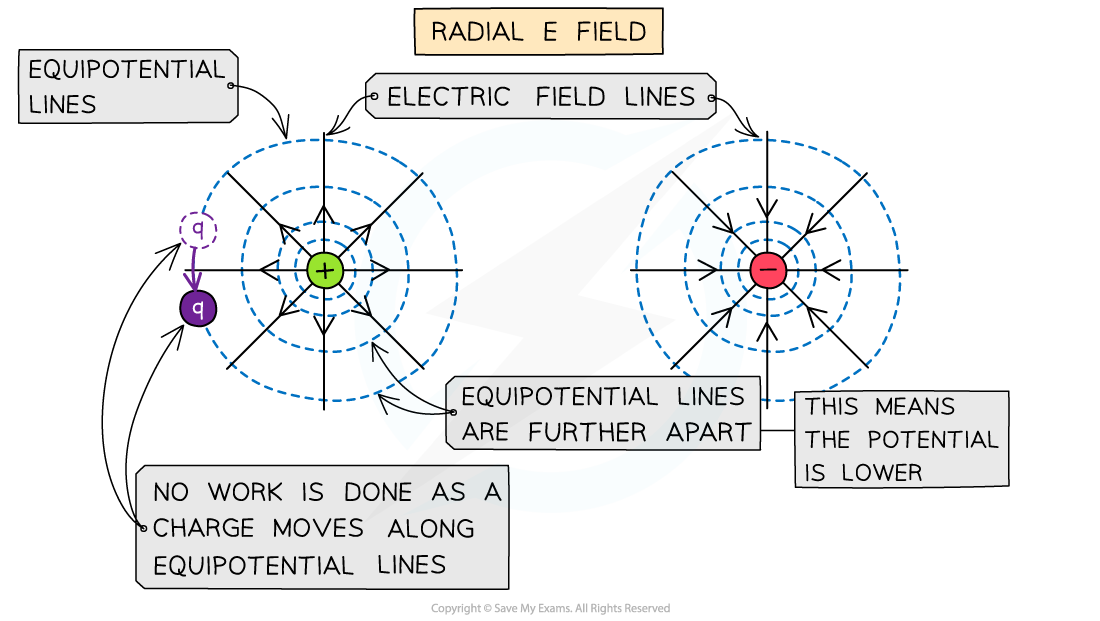 In the following diagram, two electric charges are shown which include the electric field lines

b) By considering the field lines and equipotentials from part (a), state what can be assumed about the two charges

The lines of equipotential can be seen below 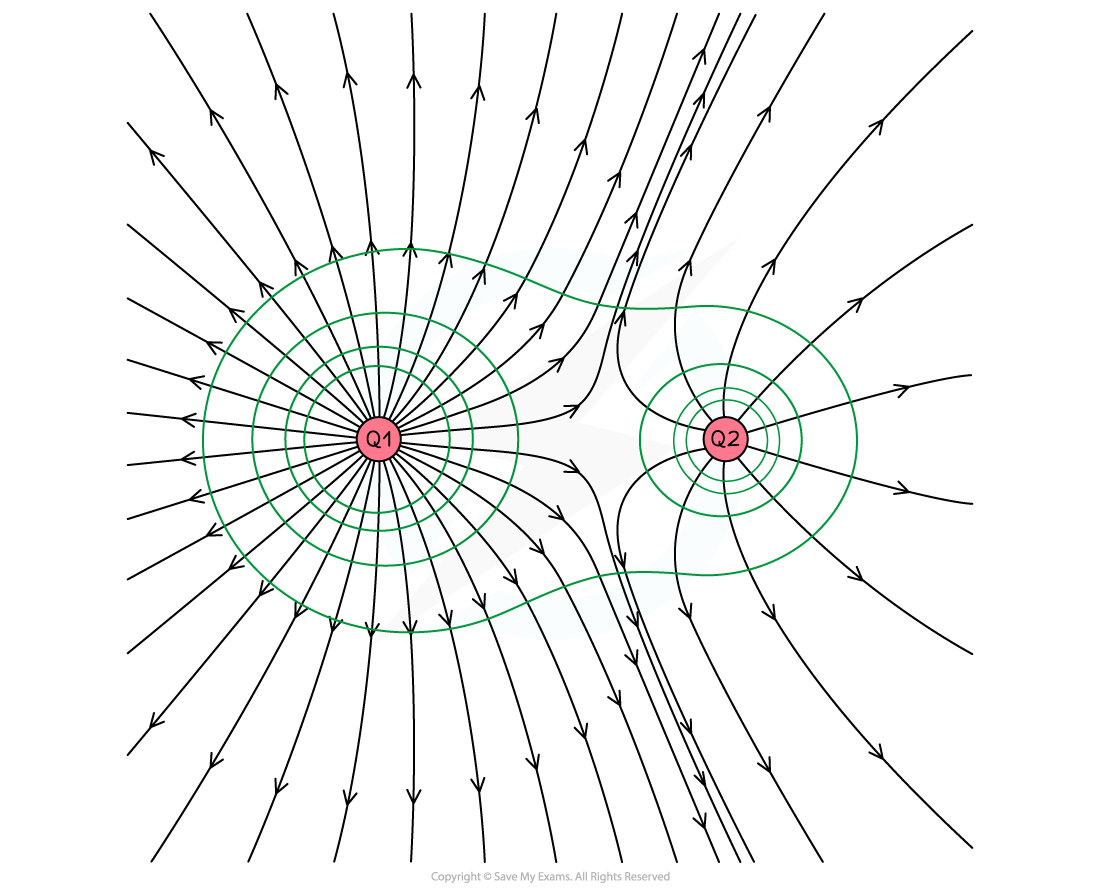 Remember equipotential lines do not have arrows, since they have no particular direction and are not vectors.

Make sure to draw any straight lines with a ruler or a straight edge.