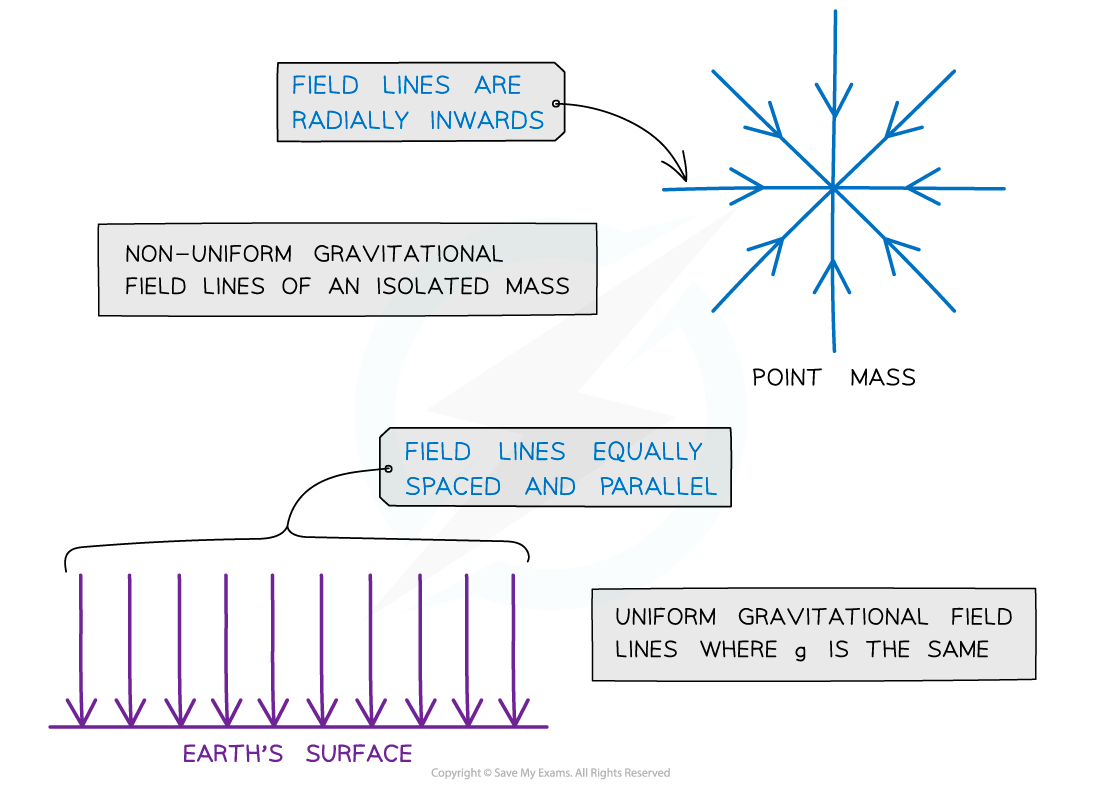 A body covers a very large distance as compared to its size, so, to study its motion, its size or dimensions can be neglected 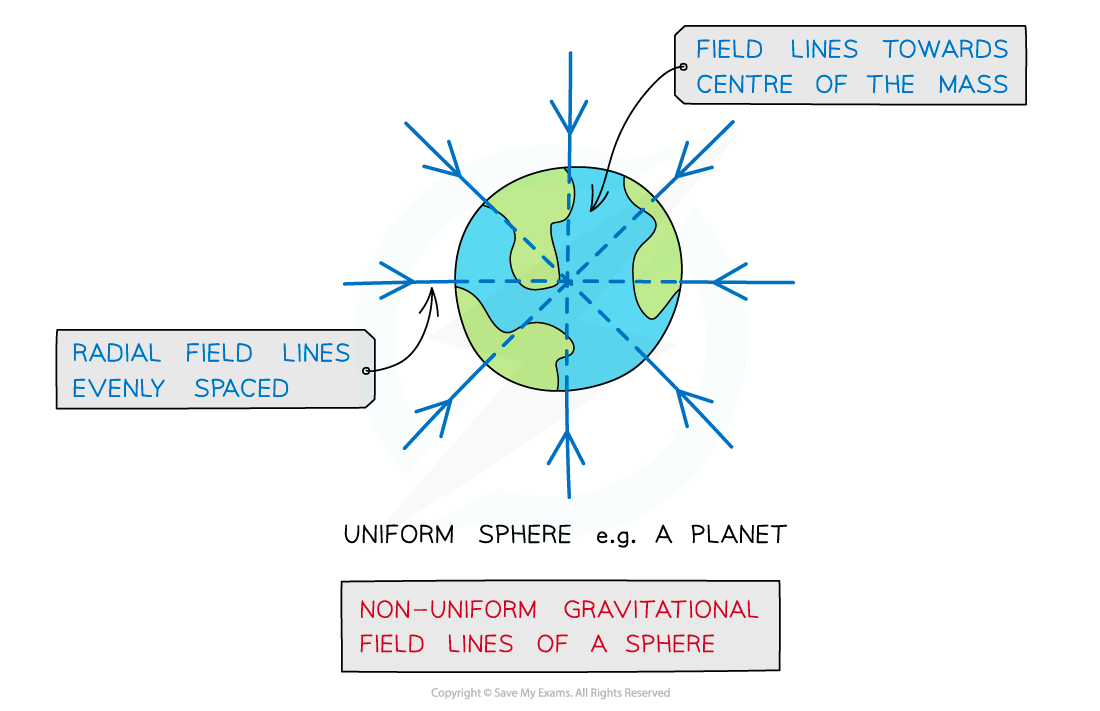 Always label the arrows on the field lines! Gravitational forces are attractive only. Remember: 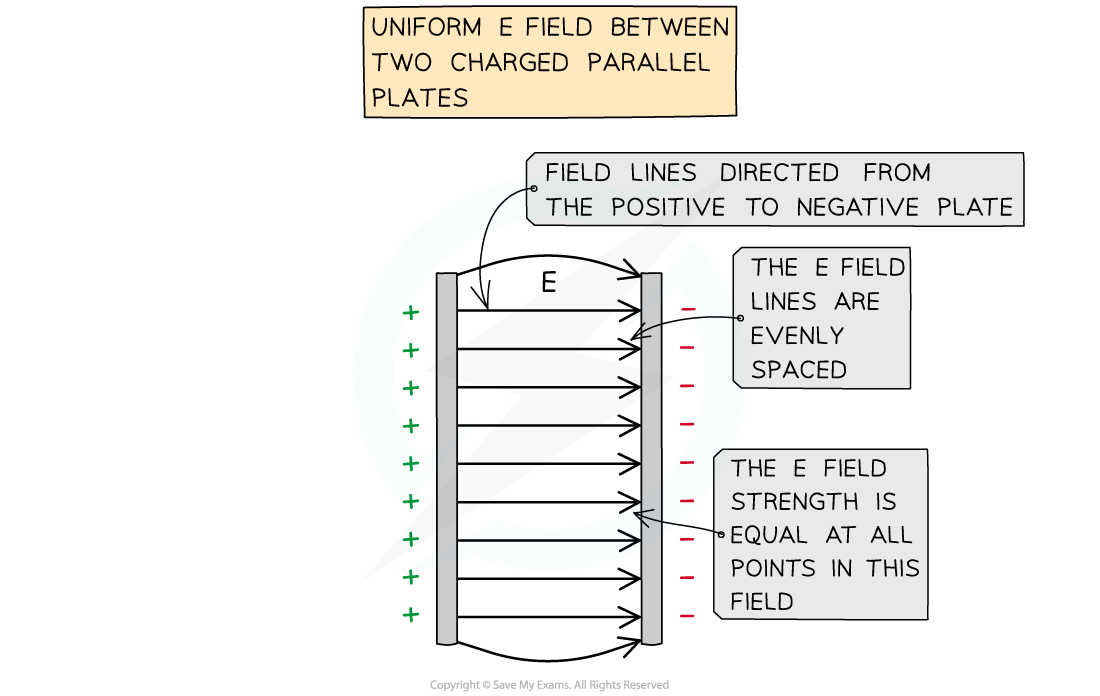 The electric field between two parallel plates is directed from the positive to the negative plate. A uniform E field has equally spaced field lines

Sketch the electric field lines between the two point charges in the diagram below.

Always label the arrows on the field lines! The lines must also touch the surface of the source charge or plates.