A region in which an object will experience a force, such as gravitational or electrostatic, at a distance

The gravitational force per unit mass exerted on a point mass 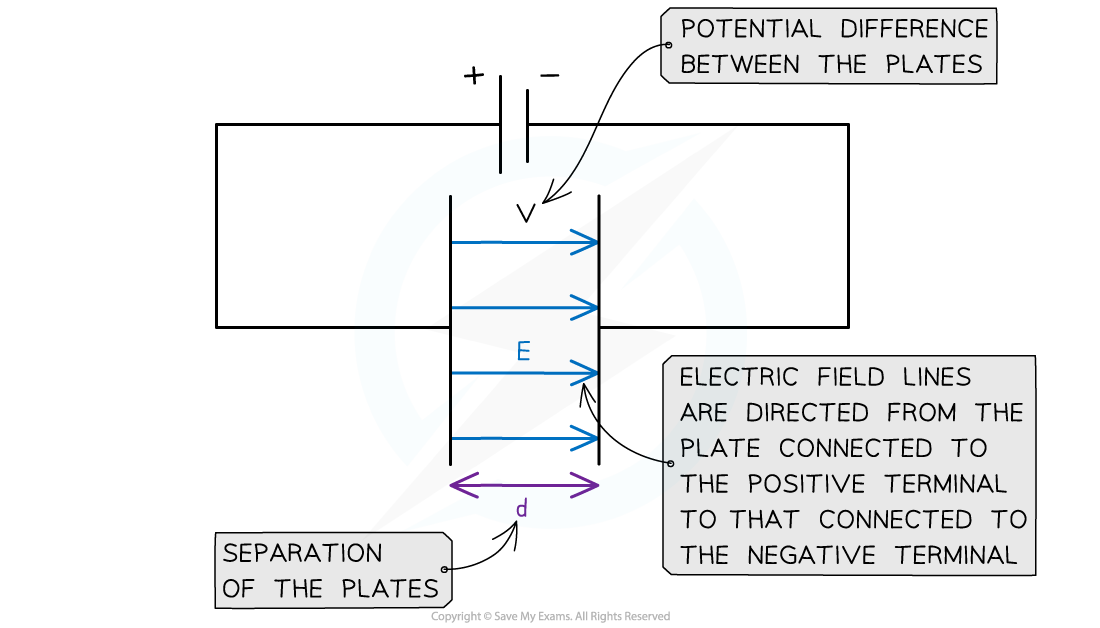 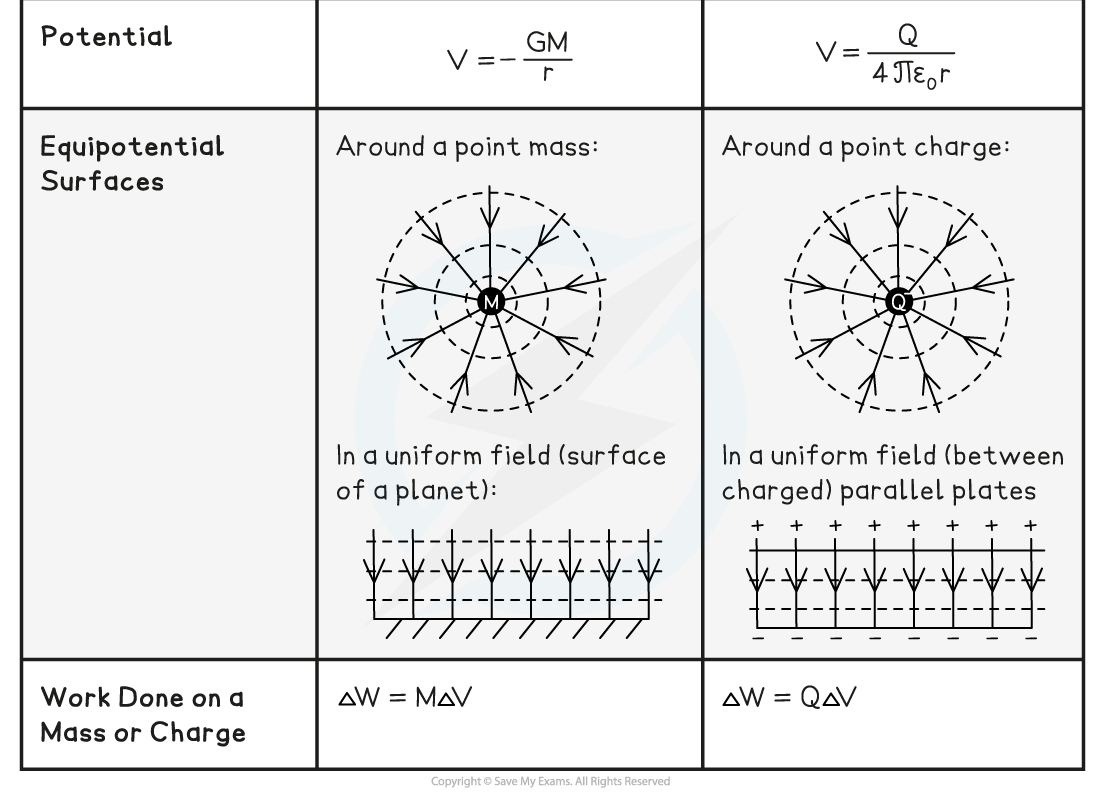 Two parallel metal plates are separated by 3.5 cm and have a potential difference of 7.9 kV.

Calculate the electric force acting on a stationary charged particle between the plates that has a charge of 2.6 × 10-15 C.

Step 1: Write down the known values

Step 2: Calculate the electric field strength between the parallel plates

Remember to use the correct equation depending on whether there is a uniform or radial field.

You should be able to tell the type of field from the field lines. Uniform fields have equally spaced, parallel field lines.