Doppler shift equation for a moving source in terms of wavelength

A police car siren emits a sound wave with a frequency of 450 Hz. The car is traveling away from an observer at speed of 45 m s-1. The speed of sound is 340 m s-1. Which of the following is the frequency the observer hears? 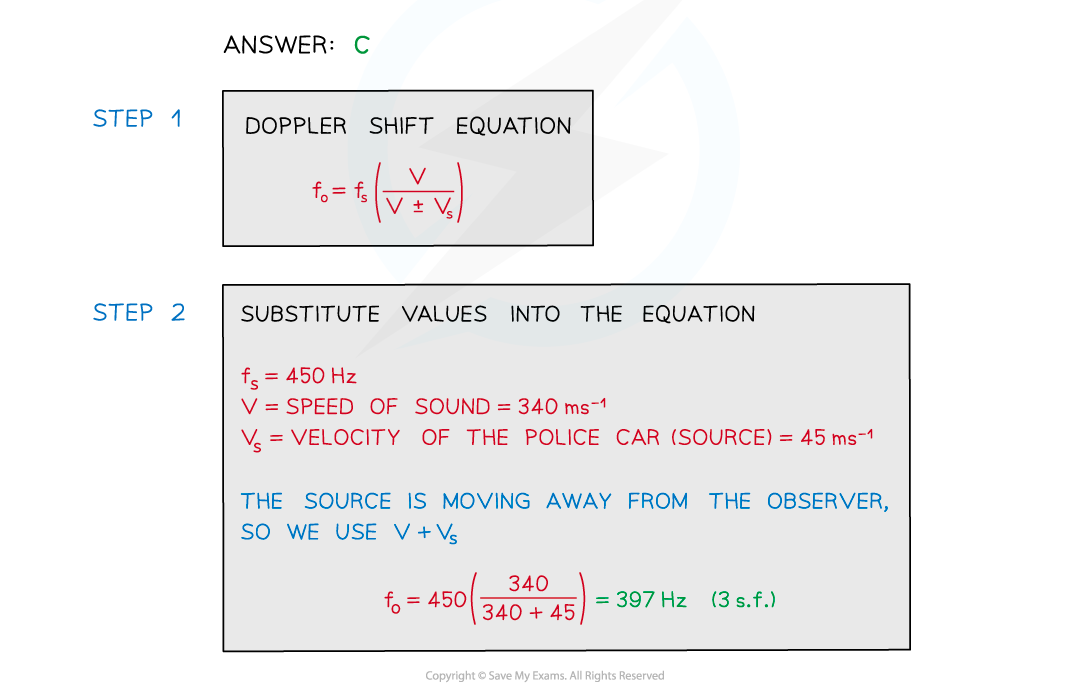 A bank robbery has occurred and the alarm is sounding at a frequency of 3 kHz. The thief jumps into a car which accelerates and reaches a constant speed. As he drives away at a constant speed, the frequency decreases to 2.85 kHz. The speed of sound is 340 m s-1. Determine at what speed must he be driving away from the bank. 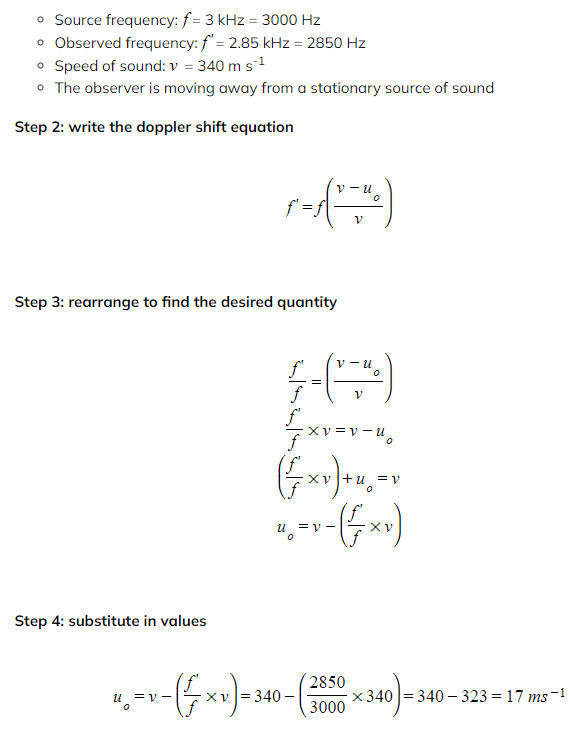