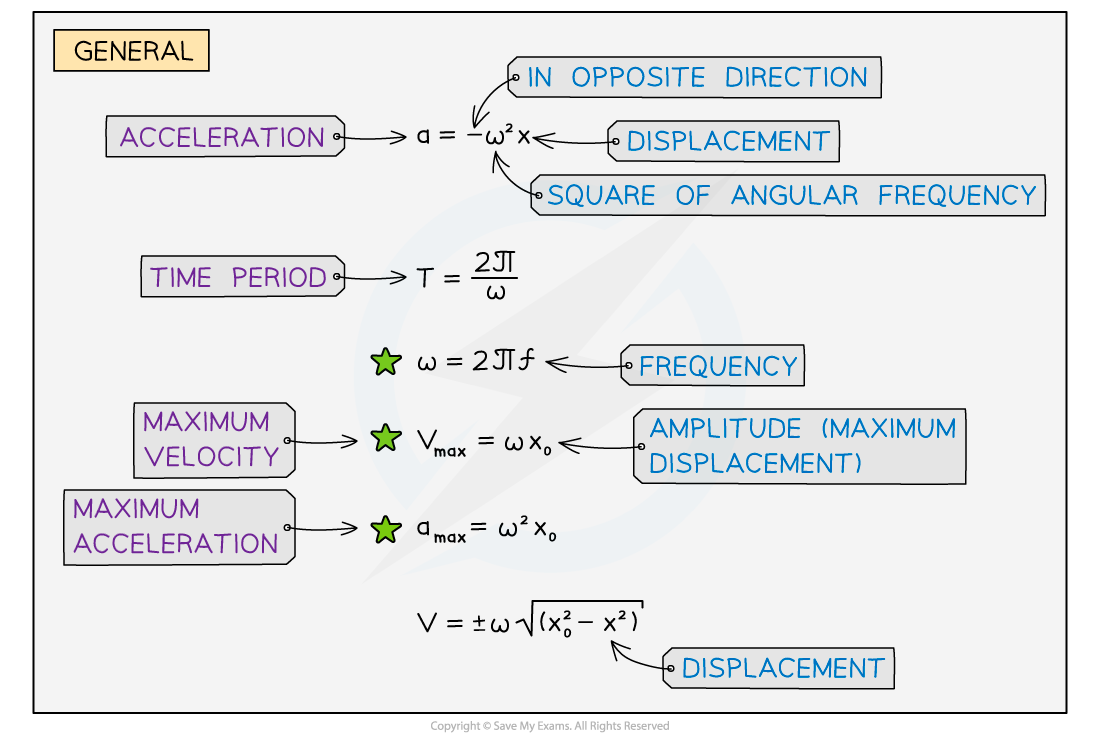 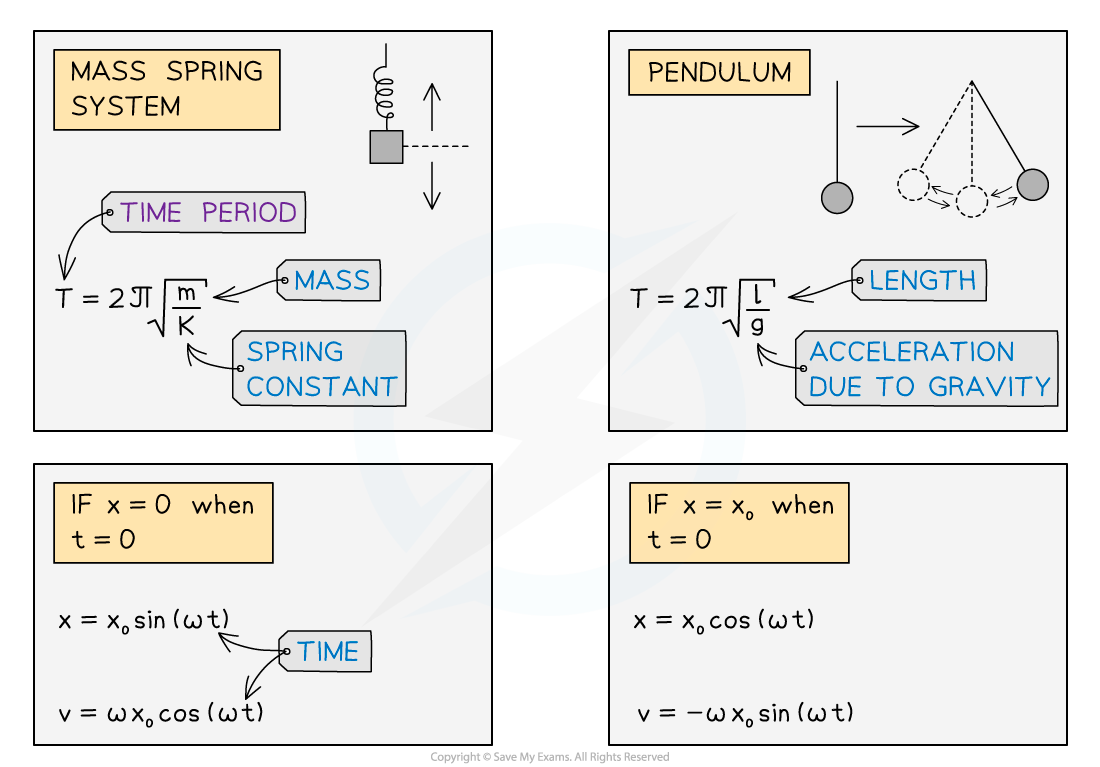 A summary of the equations related to simple harmonic motion. The green stars indicate equations which are not included in the IB data booklet

The graph shows the potential energy, EP, for a particle oscillating with SHM. The particle has mass 45 g. 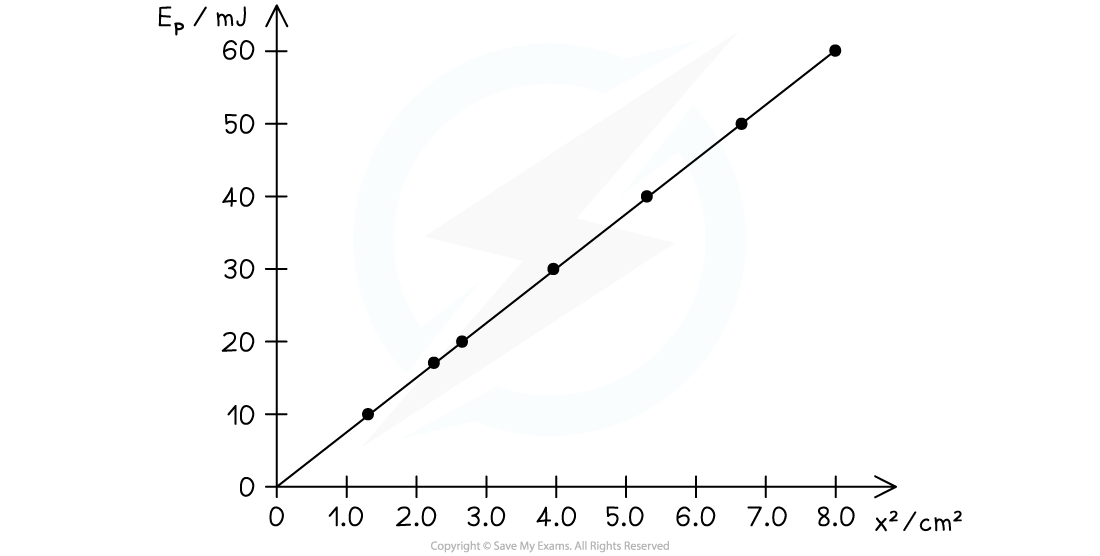 (a)Use the graph to determine the amplitude and hence, the period of oscillation.
(b)Calculate the maximum speed which the particle achieves.

Step 2: Use the graph to determine the maximum potential energy of the particle 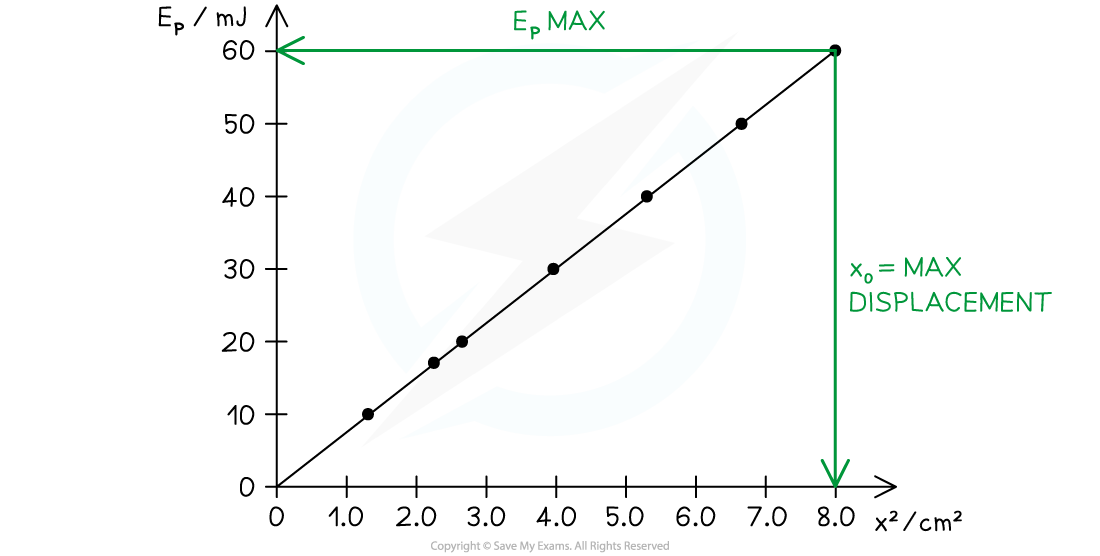 Step 3: Determine the amplitude of the oscillation

Step 4: Write down the equation for the potential energy of an oscillator 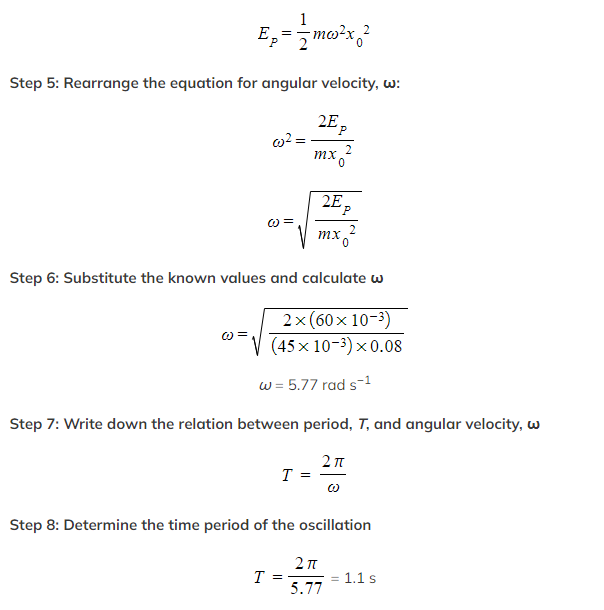 Step 2: Write down the equation for the maximum speed of an oscillator

Step 3: Substitute in the known quantities

A student investigated the behaviour of a 200 g mass oscillating on a spring, and produced the graph shown. 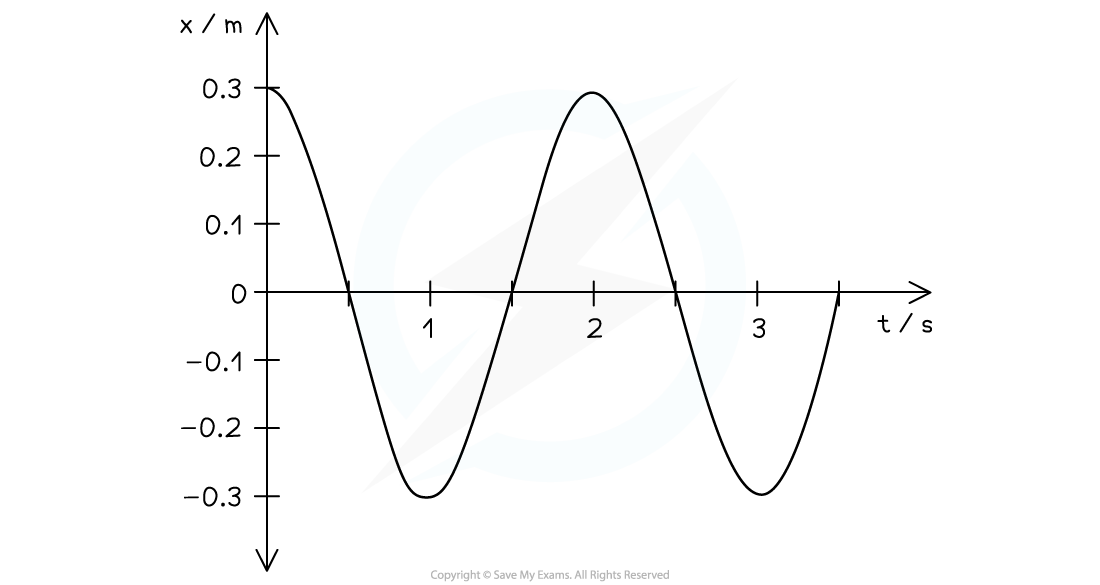 (a)Determine the values for amplitude and time period
(b)Hence find the maximum kinetic energy of the oscillating mass.

Step 1: Read the values of amplitude and time period from the graph 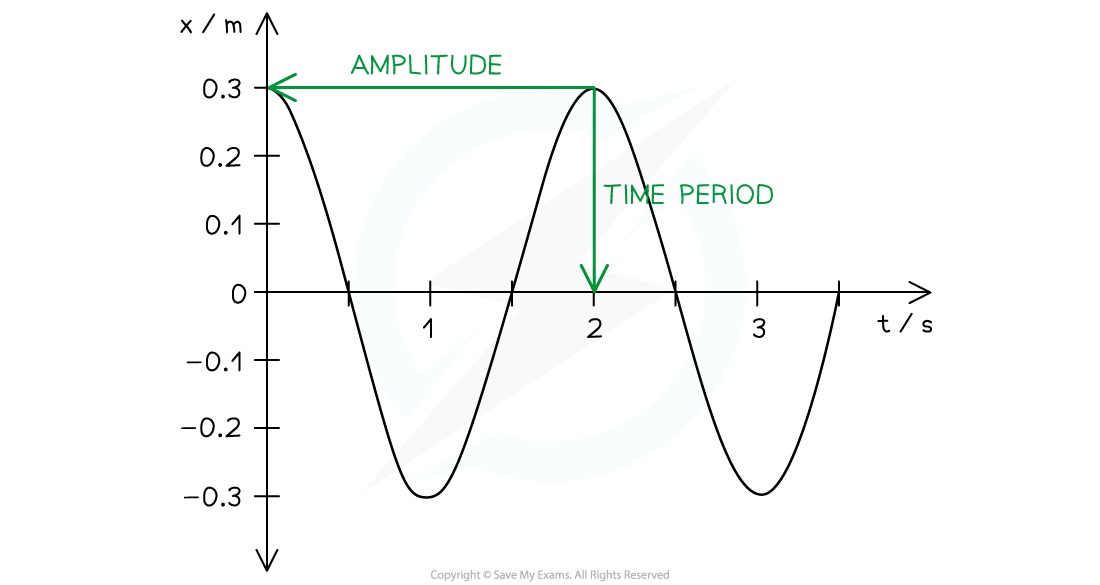 Step 2: State the values of amplitude and time period

Step 2: Write down the equation for the maximum speed of an oscillator 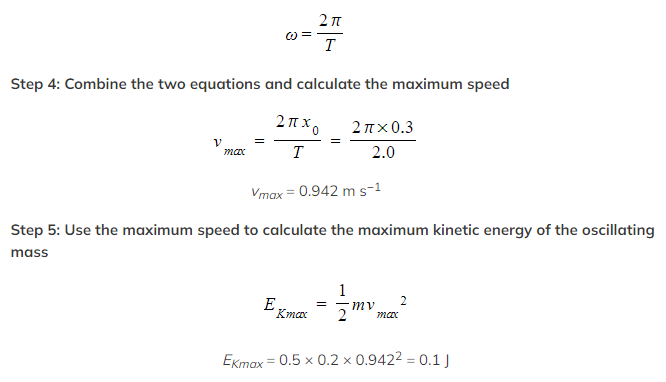 A ball of mass 23 g is held between two fixed points A and B by two stretch helical springs, as shown in the diagram below.

The ball oscillates along the line AB with simple harmonic motion of frequency 4.8 Hz and amplitude 1.5 cm.

Calculate the total energy of the oscillations.

Step 1: Write down all known quantities

Step 2: Write down the equation for the total energy of SHM oscillations: 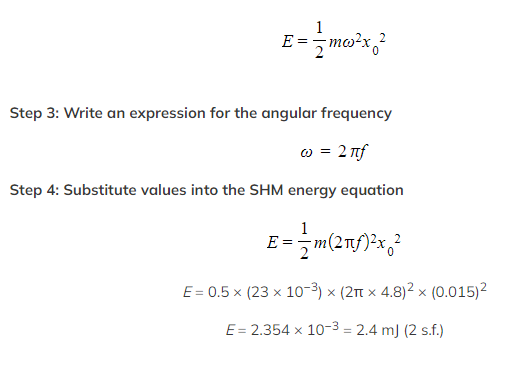 There are a large number of equations associated with SHM. Most of them are given in the data booklet which you will be given to use in the exam

Make sure you are familiar with the equations, as you will probably need to use several different ones to solve the longer questions.