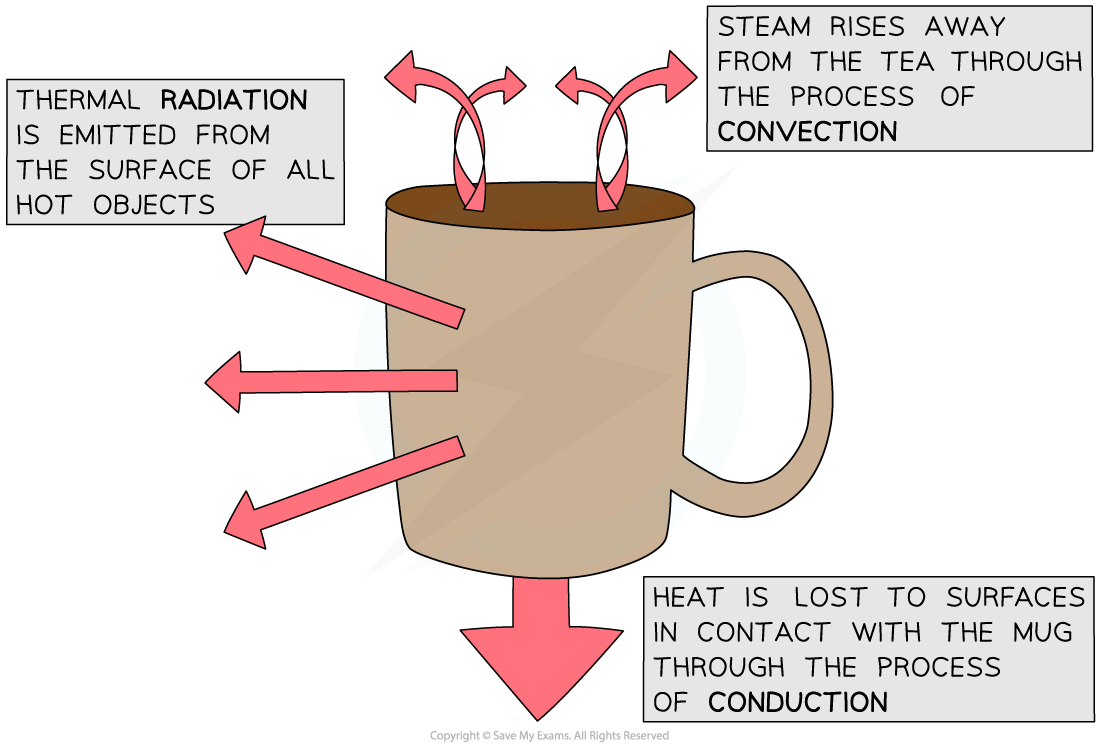 Two solids of different temperatures come in contact with one another, thermal energy is transferred from the hotter object to the cooler object

Conduction: the atoms in a solid vibrate and bump into each other

You may take Avogadro's number to be 6.02 × 1023 mol−1 and you can assume each metal contributes one free electron per atom.

Step 1: Use dimensional analysis to determine the equation for the number of free electrons

Step 2: Write out the equation for the number of free electrons per cubic centimetre

Step 3: Calculate the number of free electrons in each metal

Step 4: Rank the metals from best thermal conductor to worst 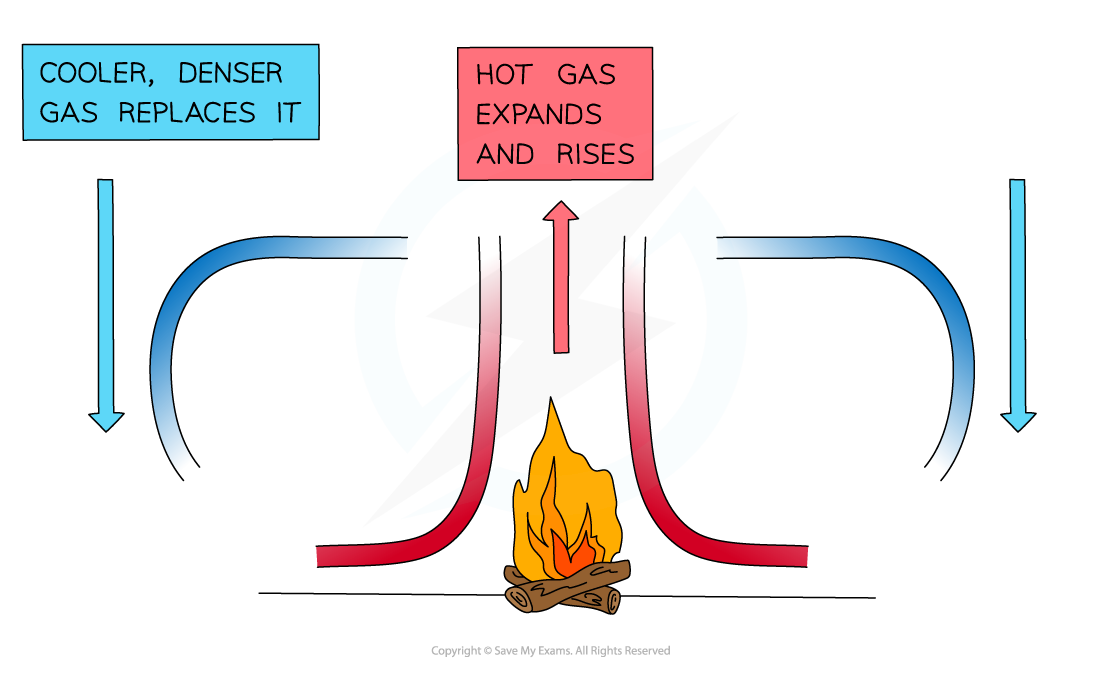 A convection current caused by the heat transfer from the fire

Discuss one example, in nature or in the lab, in which convection takes place.

Step 1: Draw a diagram to illustrate the convection currents 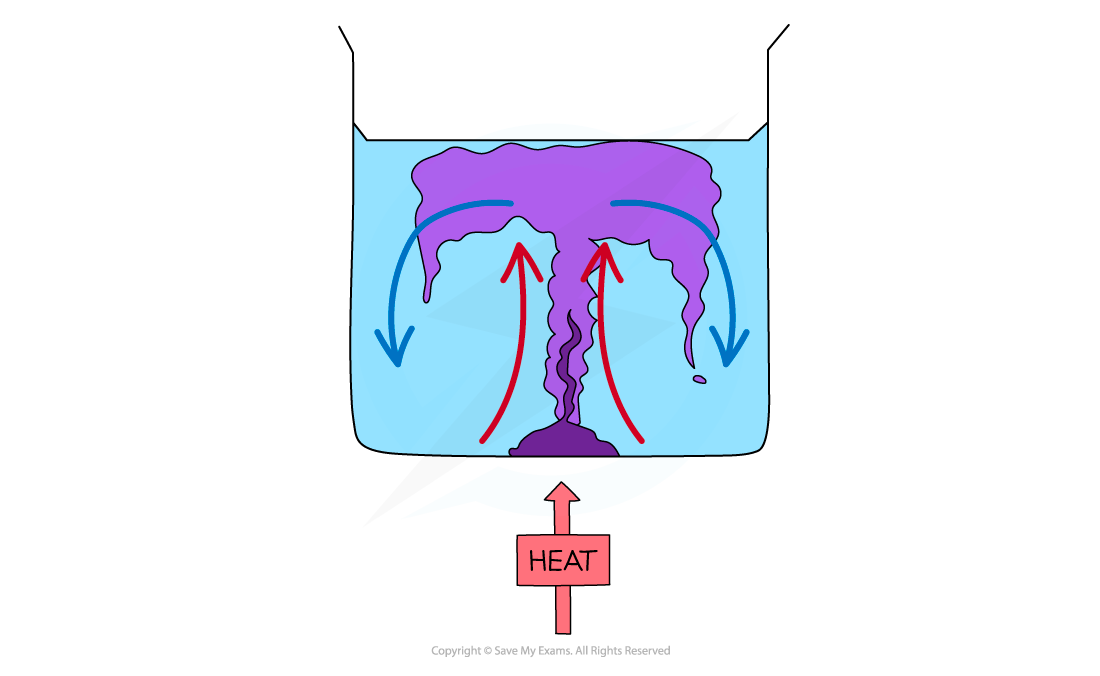 A hot meteorite hits the surface of the Moon.

Identify and discuss the principle means by which the meteorite can dissipate thermal energy.