Direction of the Centripetal Acceleration

Magnitude of the Centripetal Acceleration 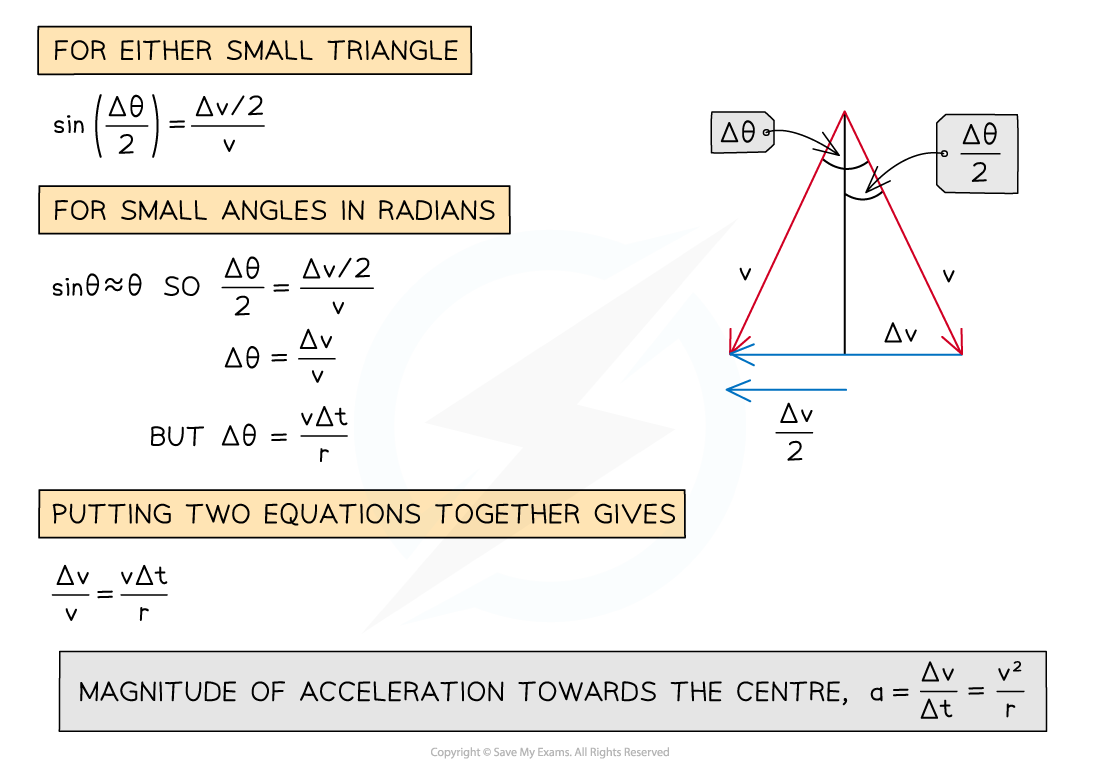 Deriving the equation for the magnitude of the centripetal acceleration

A domestic washing machine has a spin cycle of 1200 rpm (revolutions per minute) and a diameter of 50 cm.

Calculate the centripetal acceleration experienced by the washing during the spin cycle.

A ball tied to a string is rotating in a horizontal circle with a radius of 1.5 m and an angular speed of 3.5 rad s−1.

The key takeaways for an object moving in a circle are: