The resultant force perpendicular to the velocity, and therefore directed towards the centre of the circle, required to keep a body in uniform circular motion

Centripetal force is always perpendicular to the linear velocity (i.e., the direction of travel)

A bucket of mass 8.0 kg is filled with water is attached to a string of length 0.5 m.What is the minimum speed the bucket must have at the top of the circle so no water spills out?

Step 1: Draw the forces on the bucket at the top 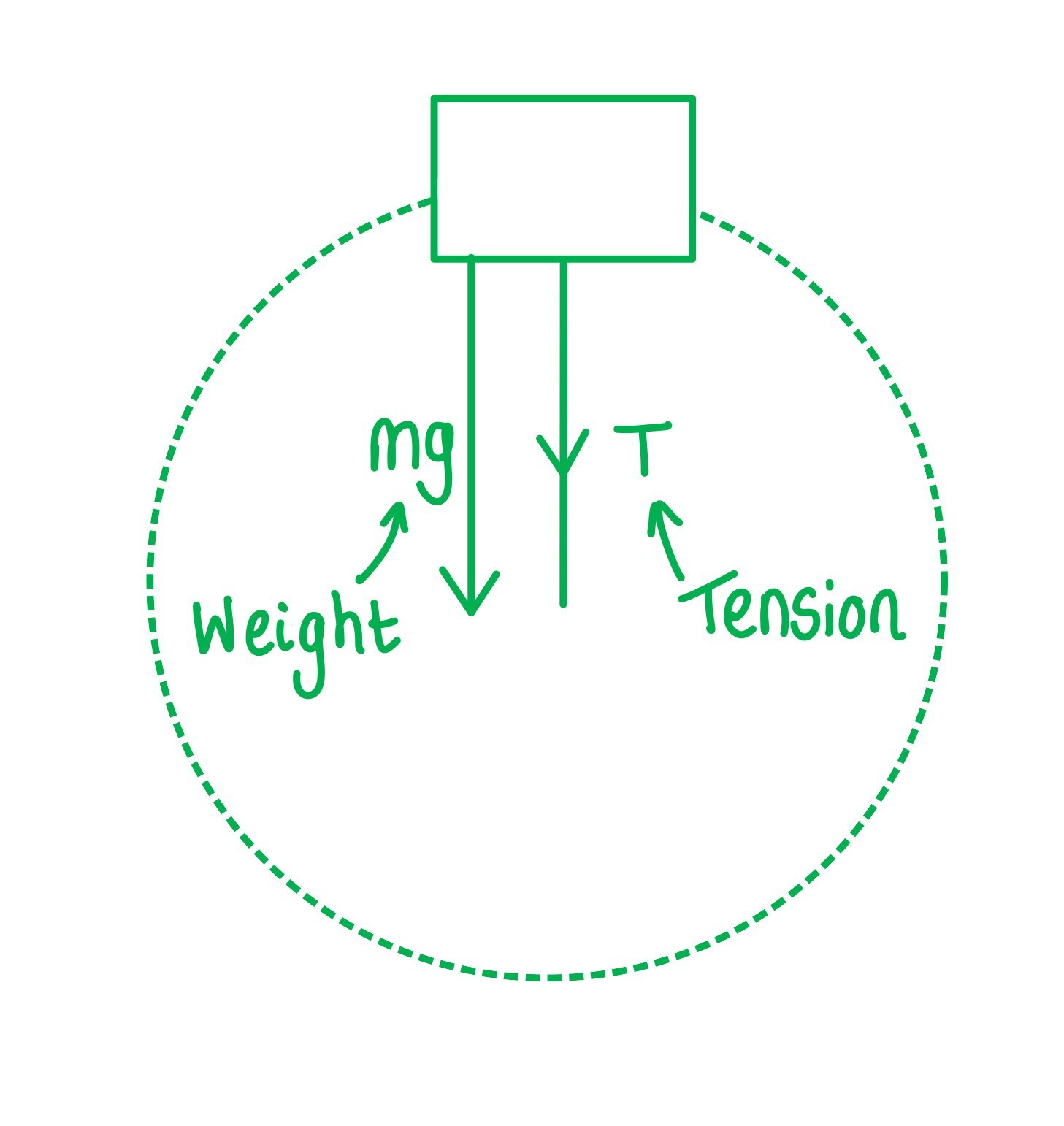