Motion in a Straight Line

An ice puck moving in a straight line

Motion in a Circle 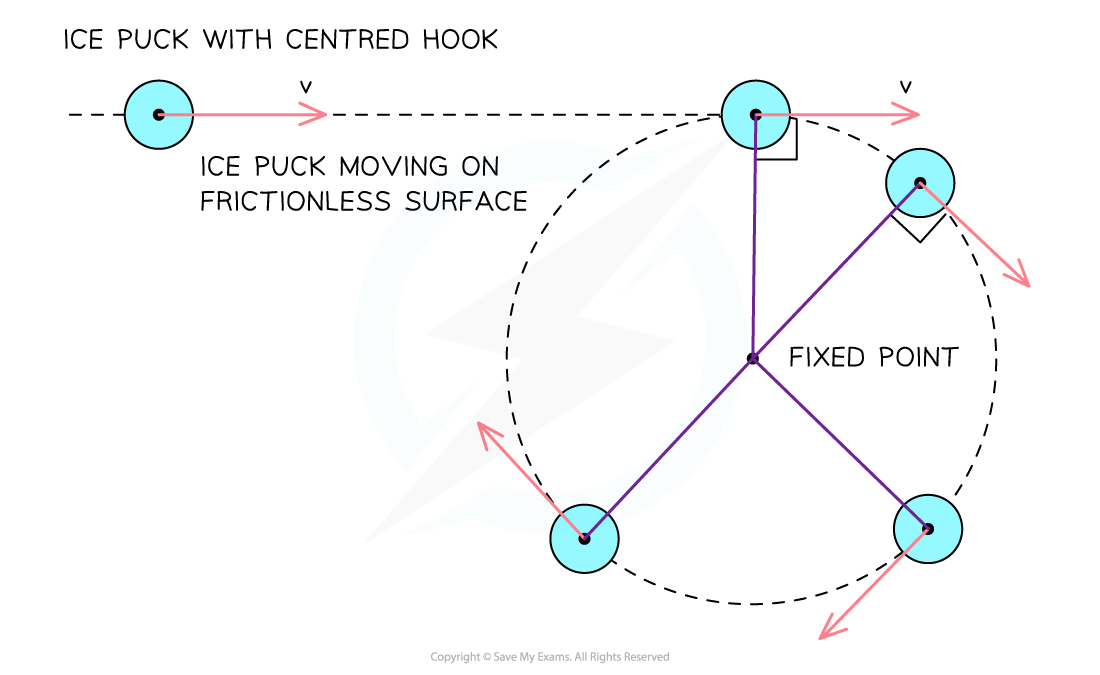 The red arrows represent the velocity vectors of the puck. If the string were cut, the puck would move off in the direction shown by the red vector, as predicted by Newton’s first law.

When the angle is equal to one radian, the length of the arc (S) is equal to the radius (r) of the circle

The change in angle, in radians, of a body as it rotates around a circle

An angle in radians, subtended at the centre of a circle, is the arc length divided by the radius of the circle

The rate of change in angular displacement with respect to time 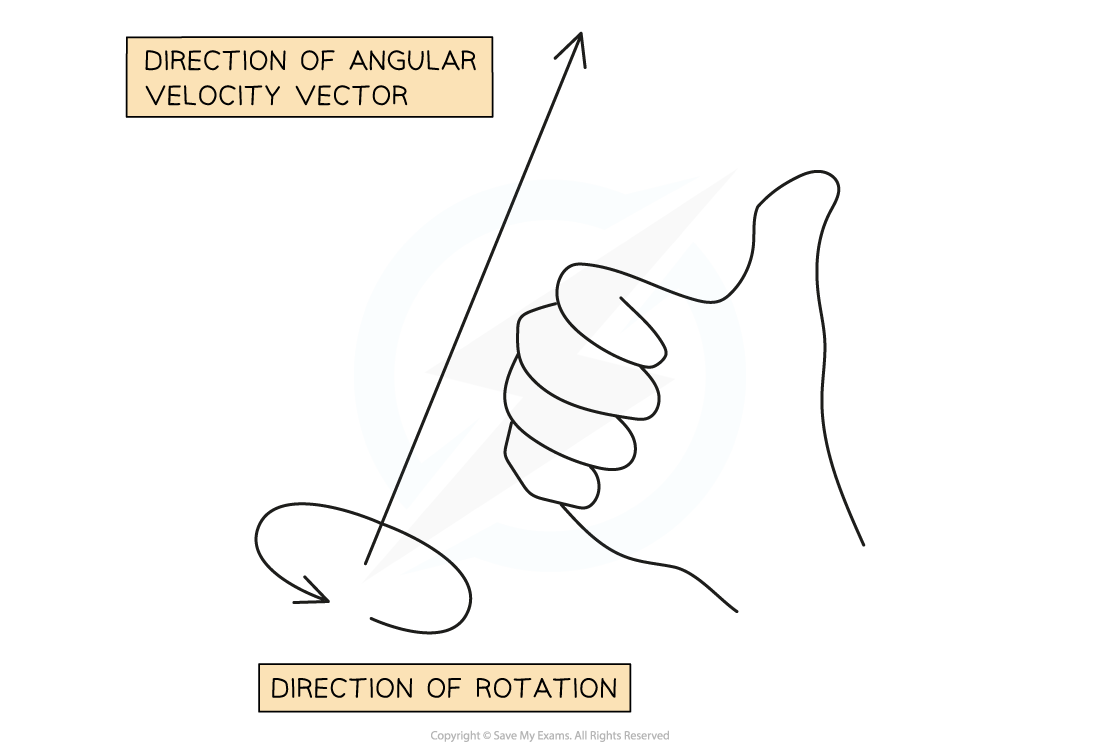 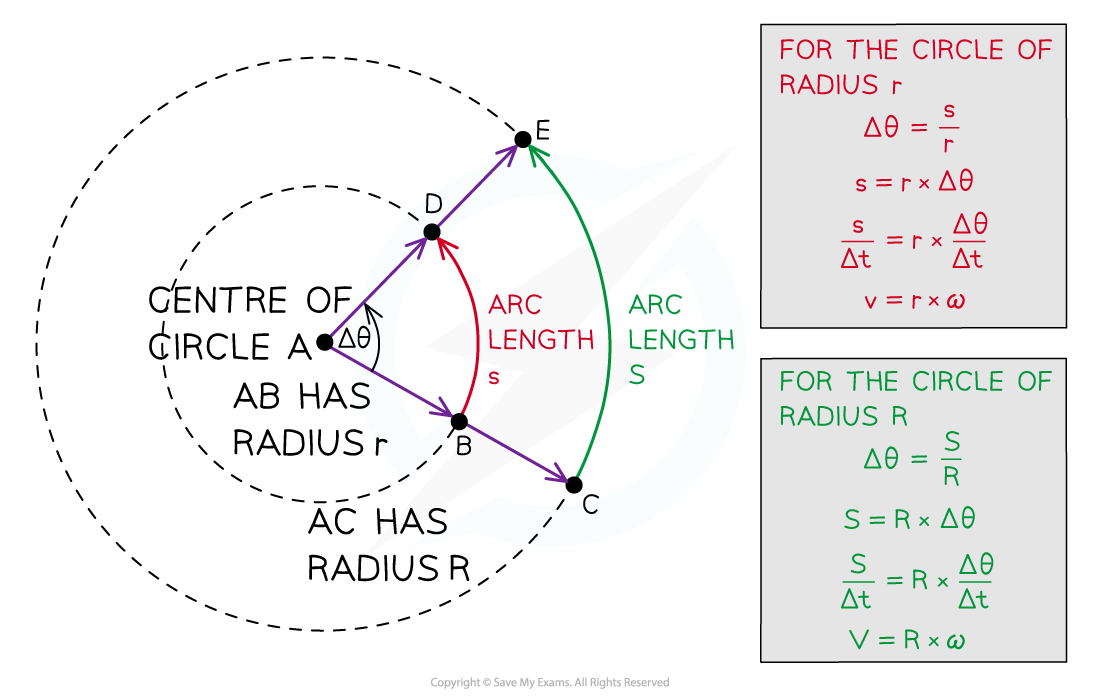 The angle Δθ is swept out in a time Δt, but the arc lengths s and S are different and so are the linear speeds 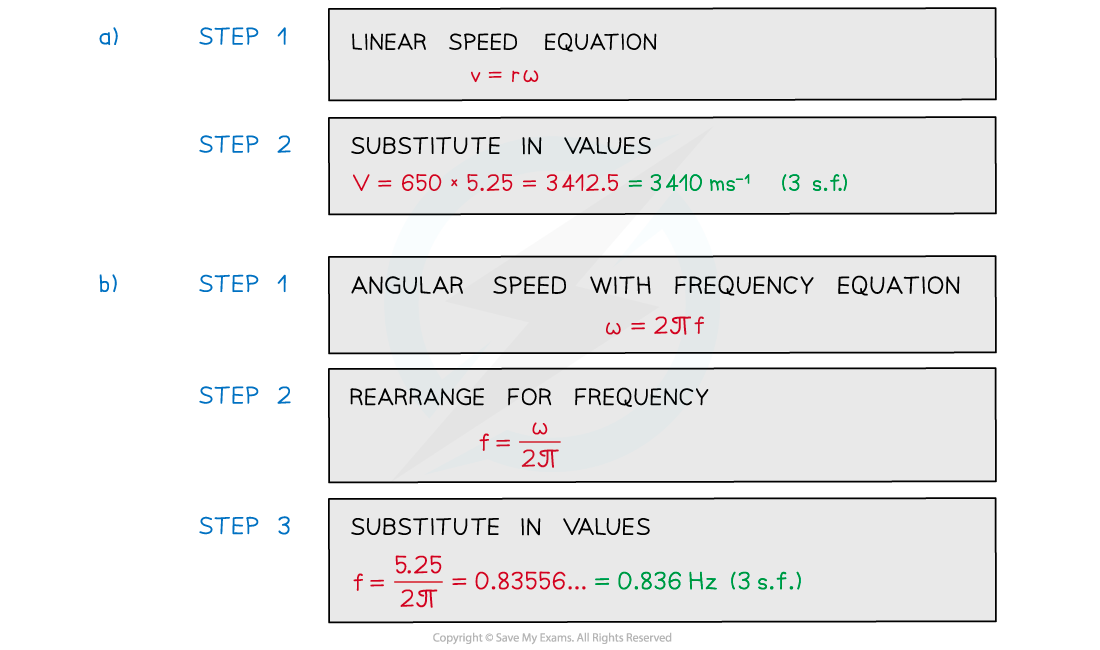 You will notice your calculator has a degree (Deg) and radians (Rad) modeThis is shown by the “D” or “R” highlighted at the top of the screenRemember to make sure it’s in the right mode when using trigonometric functions (sin, cos, tan) depending on whether the answer is required in degrees or radiansIt is extremely common for students to get the wrong answer (and lose marks) because their calculator is in the wrong mode - make sure this doesn’t happen to you! 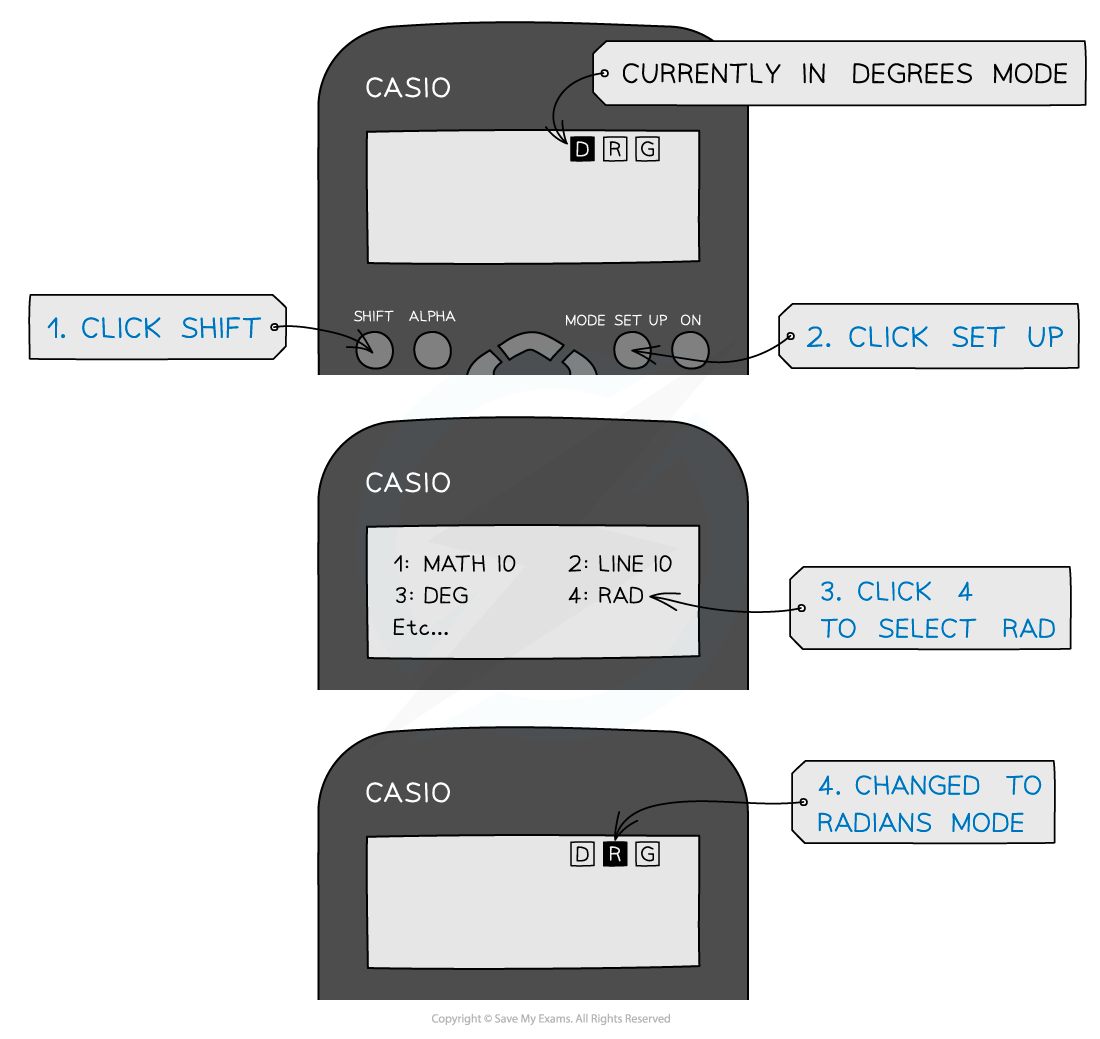