Potential difference is the work done per unit charge 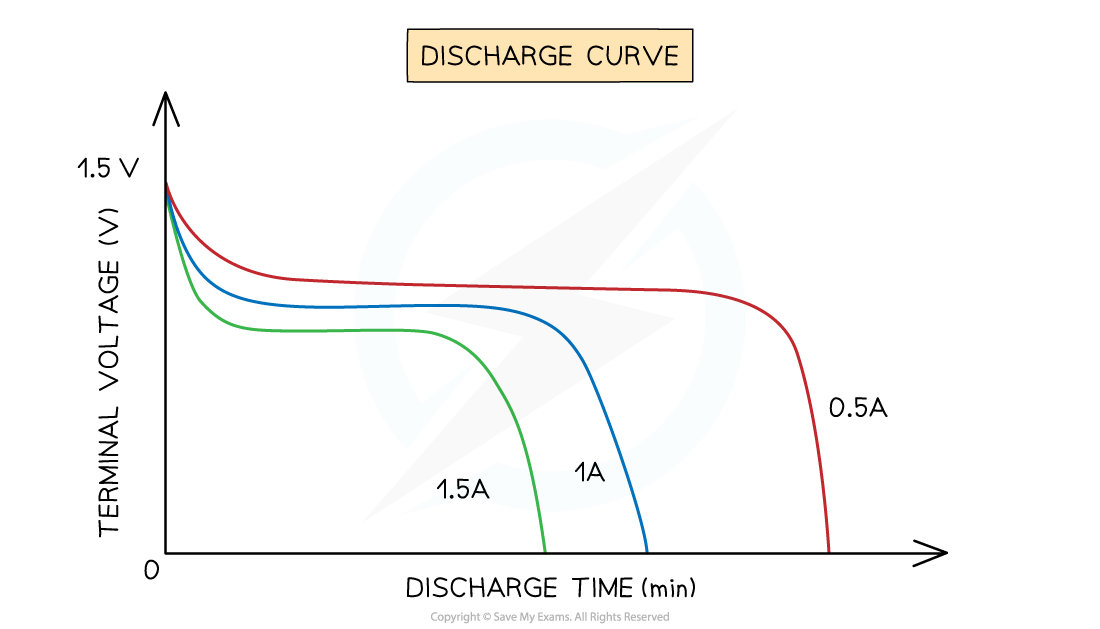 Typical discharge curves for a 1.5 V terminal cell showing discharge for a 0.5A, 1A and 1.5A drawing current

The Capacity of a Cell

A lamp is connected to a 240 V mains supply and another to a 12 V car battery.Both lamps have the same current, yet 240 V lamp glows more brightly. Explain in terms of energy transfer why the 240 V lamp is brighter than the 12 V lamp.