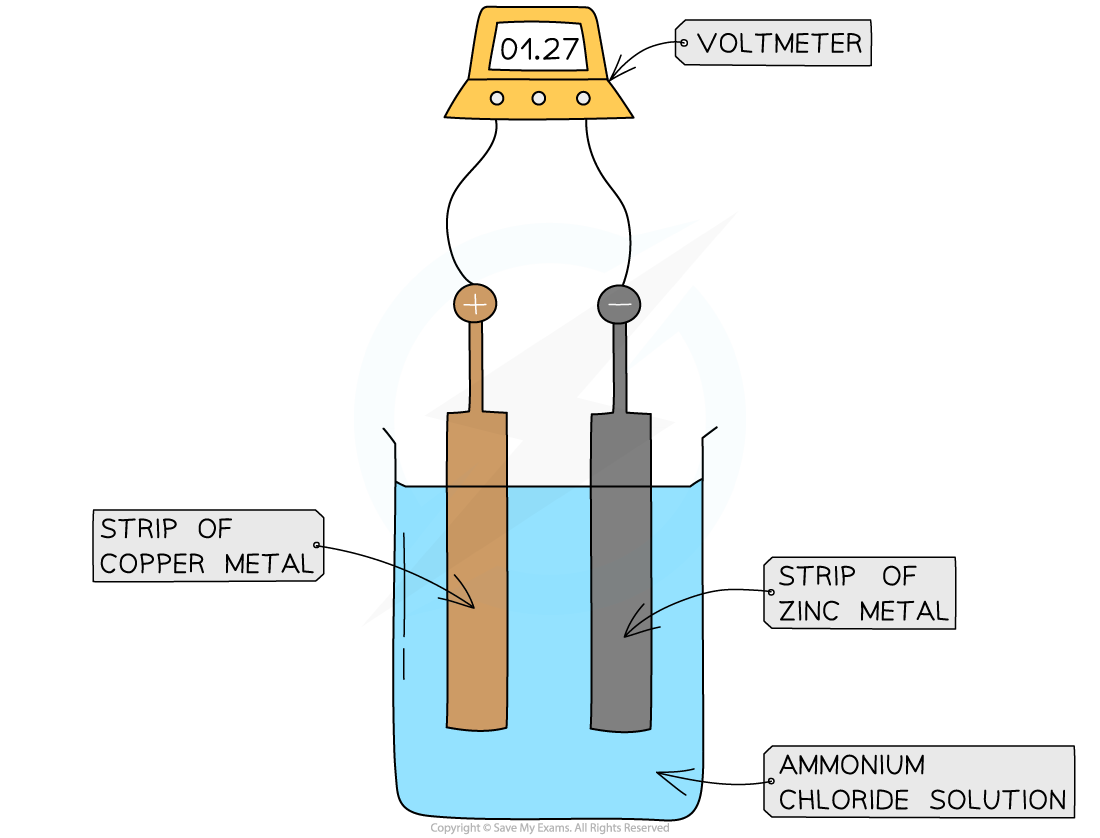 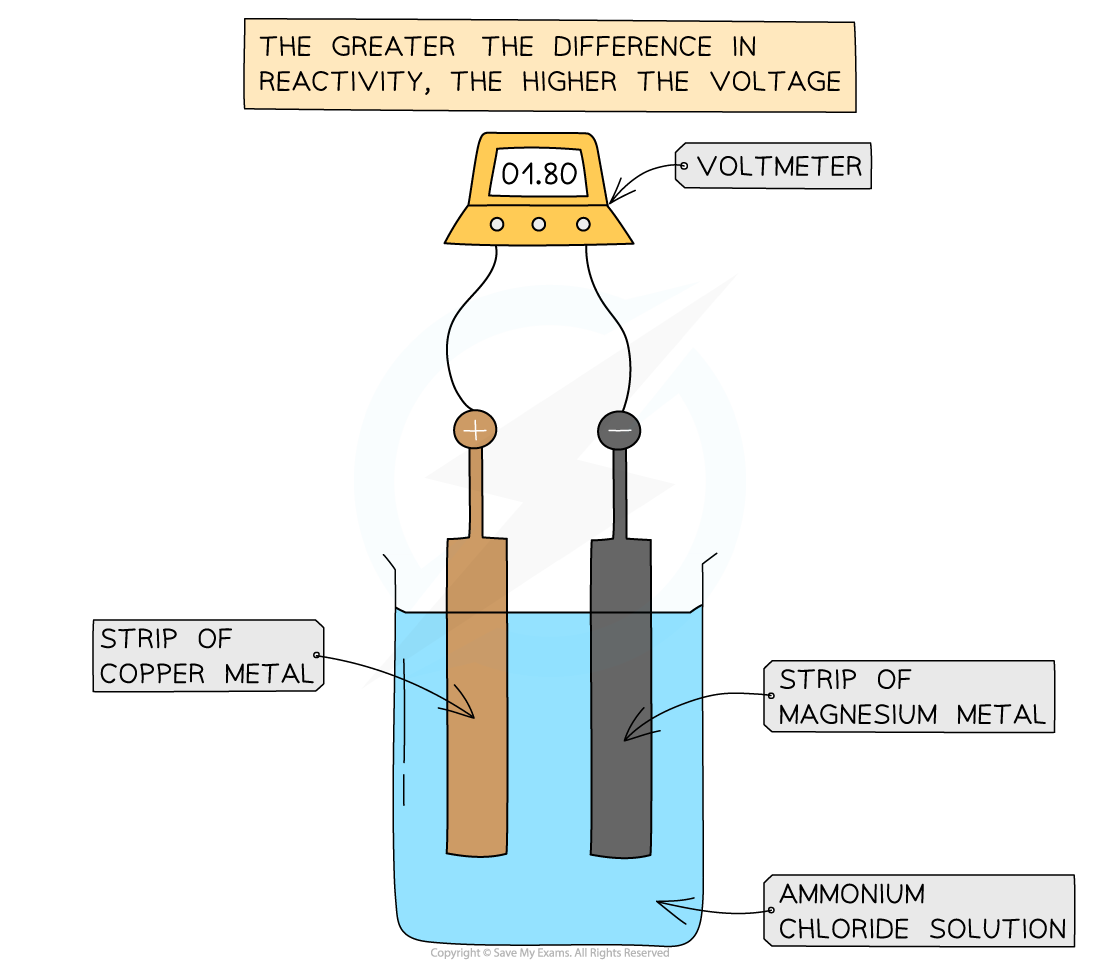 Simple cell made with Cu and Mg. These metals are further apart on the reactivity series than Cu and Zn and produce a greater voltage