The Principle of Superposition

When two or more waves with the same frequency arrive at a point, the resultant displacement is the sum of the displacements of each wave 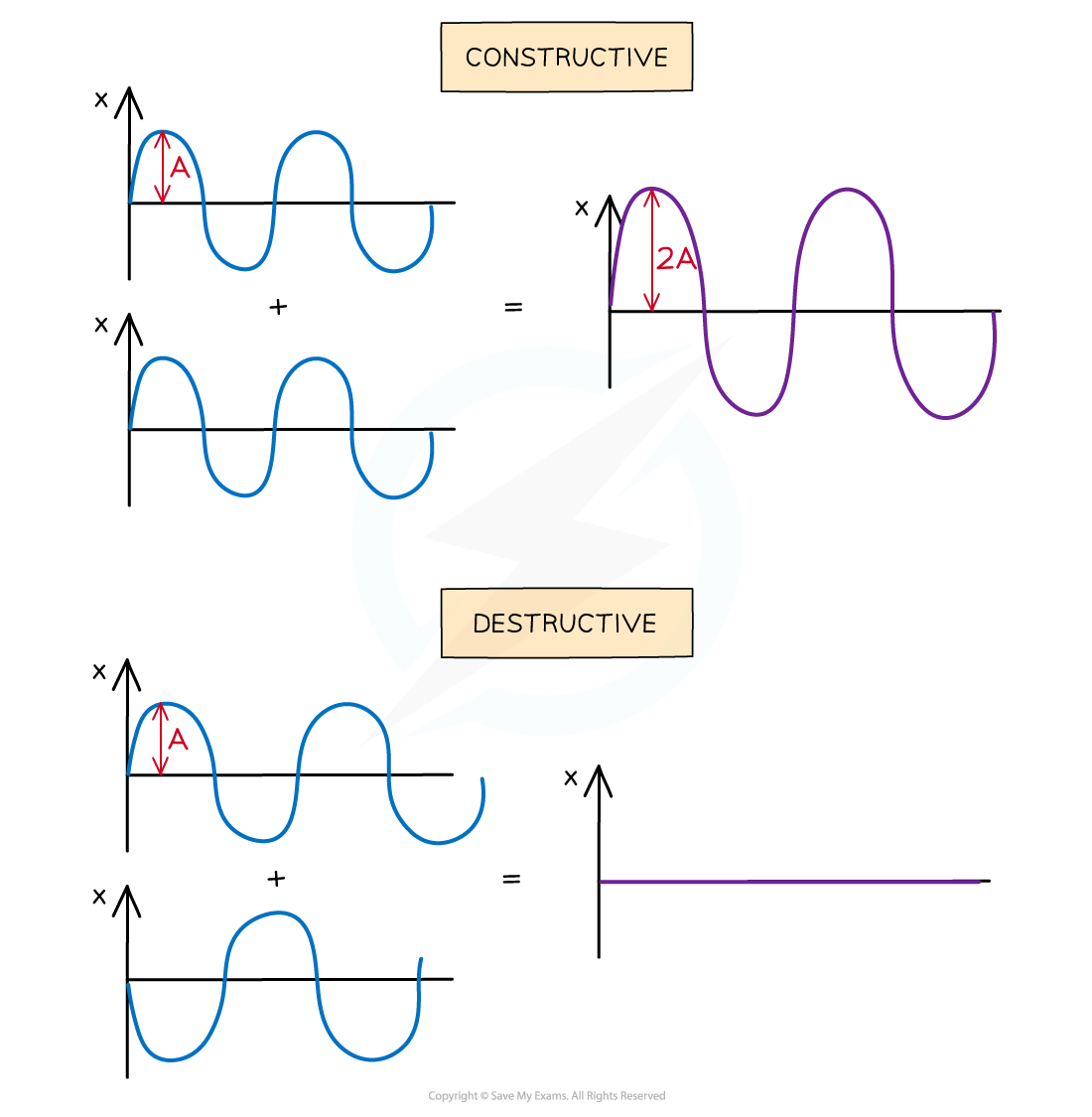 Waves in superposition can undergo constructive or destructive interference

The Formation of Stationary Waves 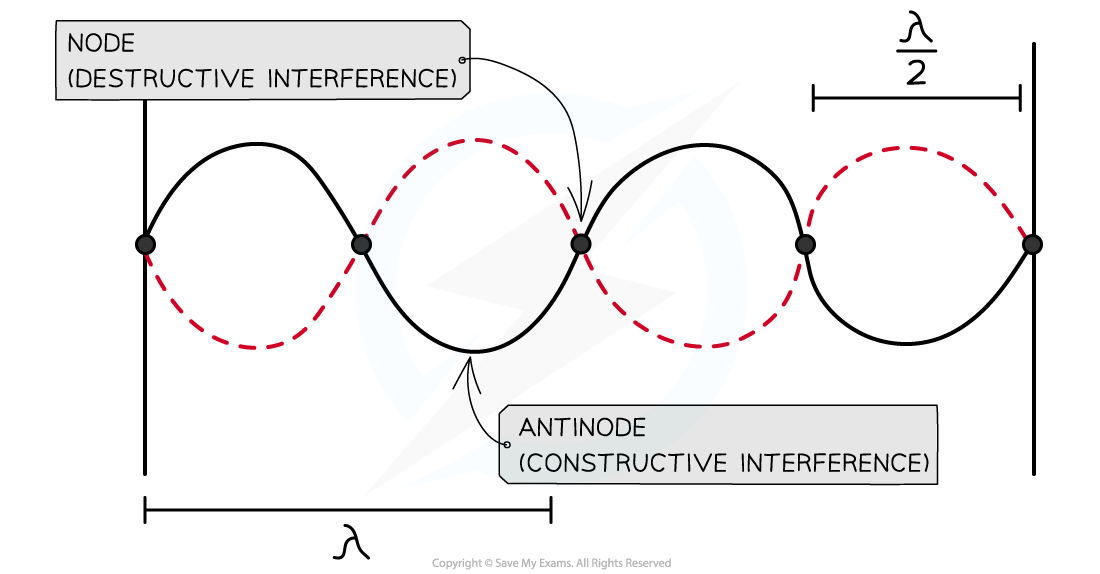 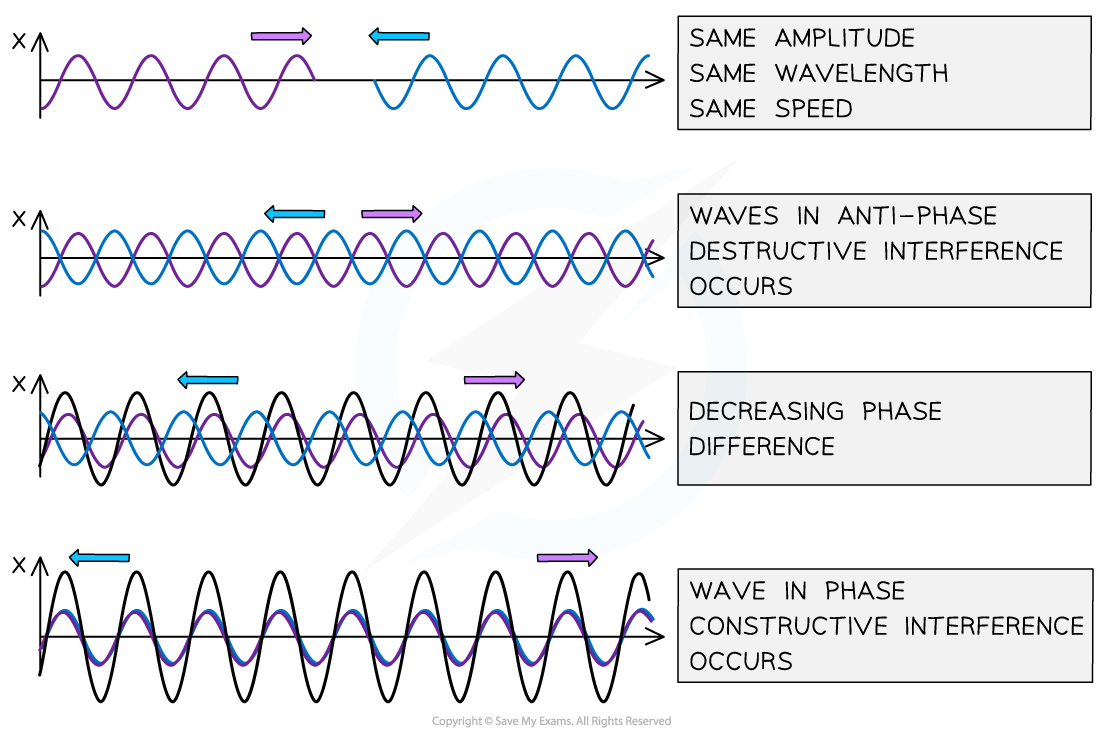 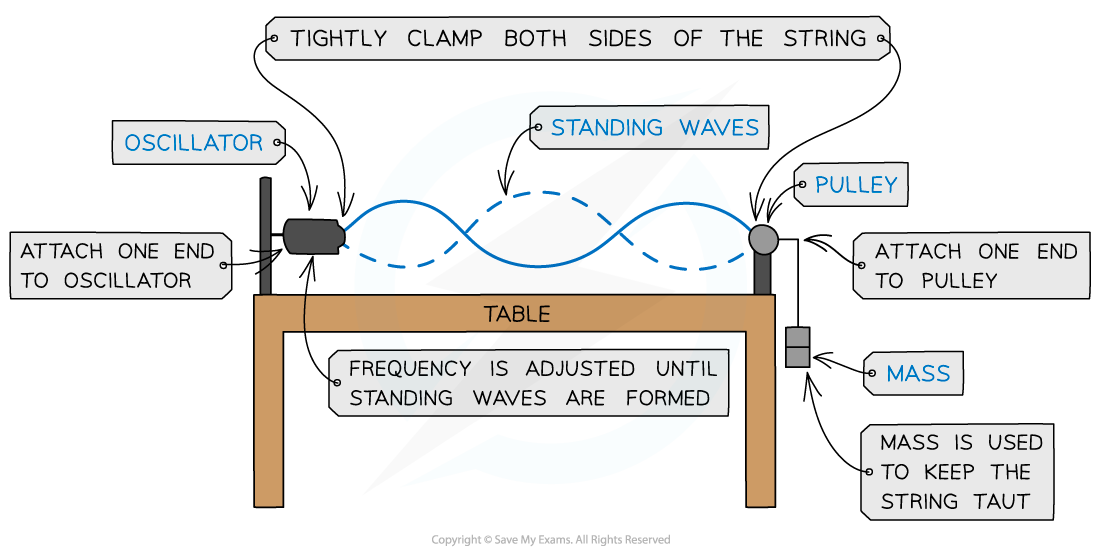 Stationary wave on a stretched string Stationary wave in an air column

Always refer back to the experiment or scenario in an exam question e.g. the wave produced by a loudspeaker reflects at the end of a tube. This reflected wave, with the same frequency, overlaps the initial wave to create a stationary wave.