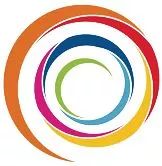 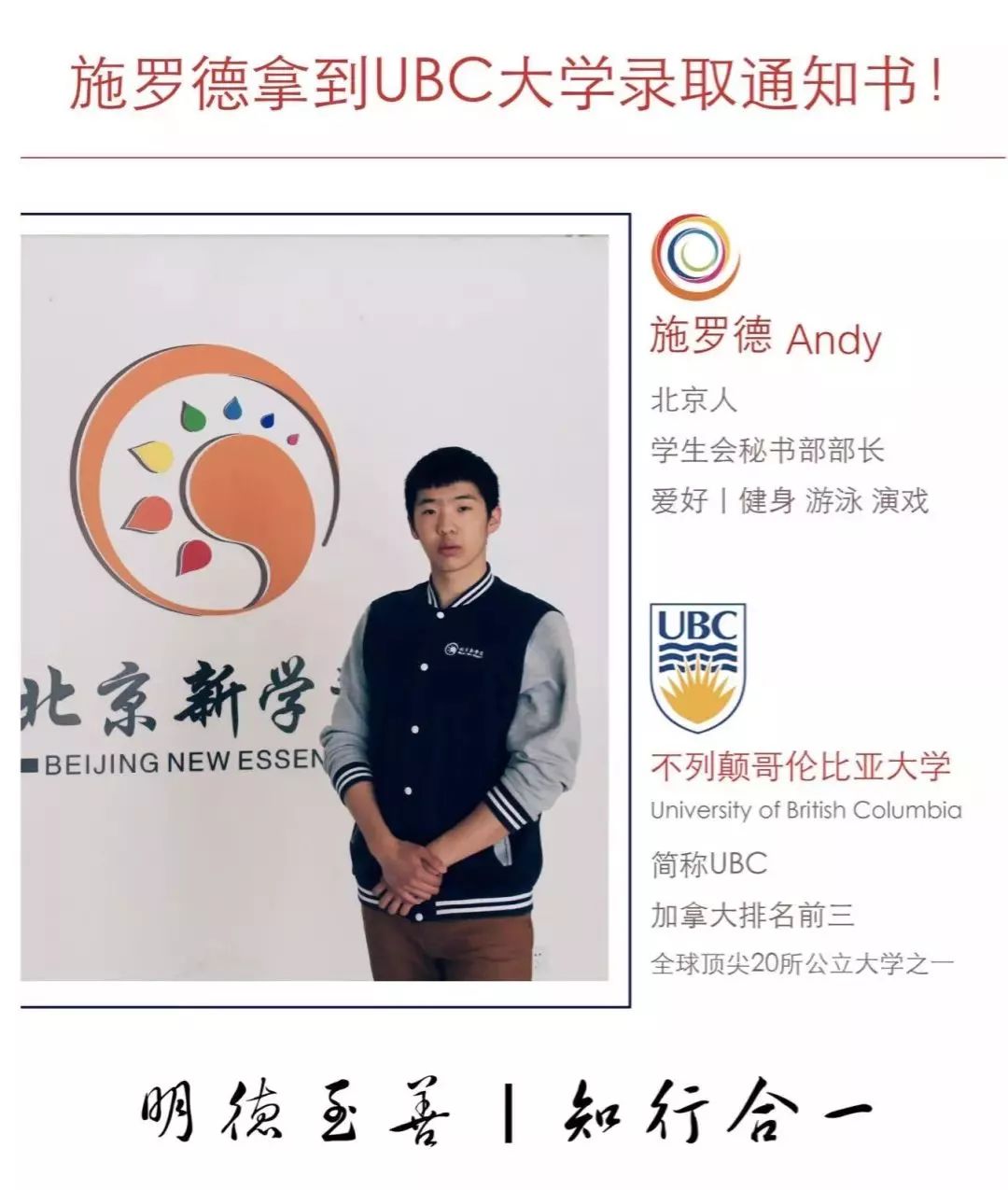 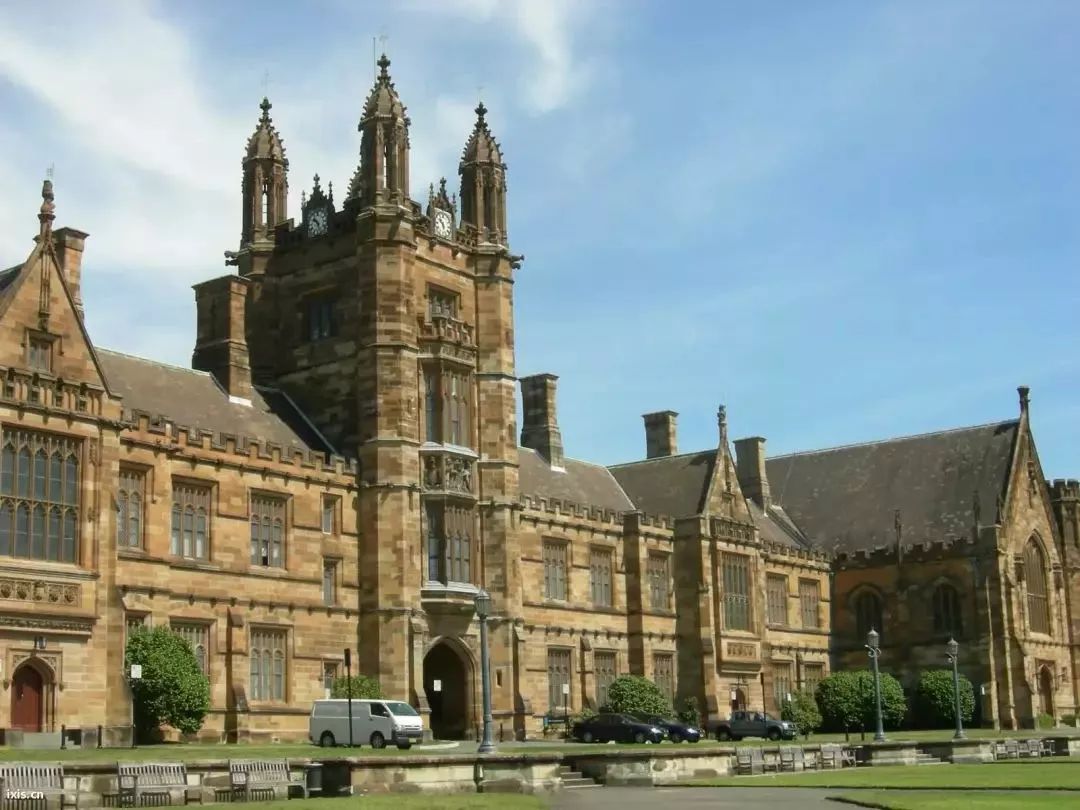 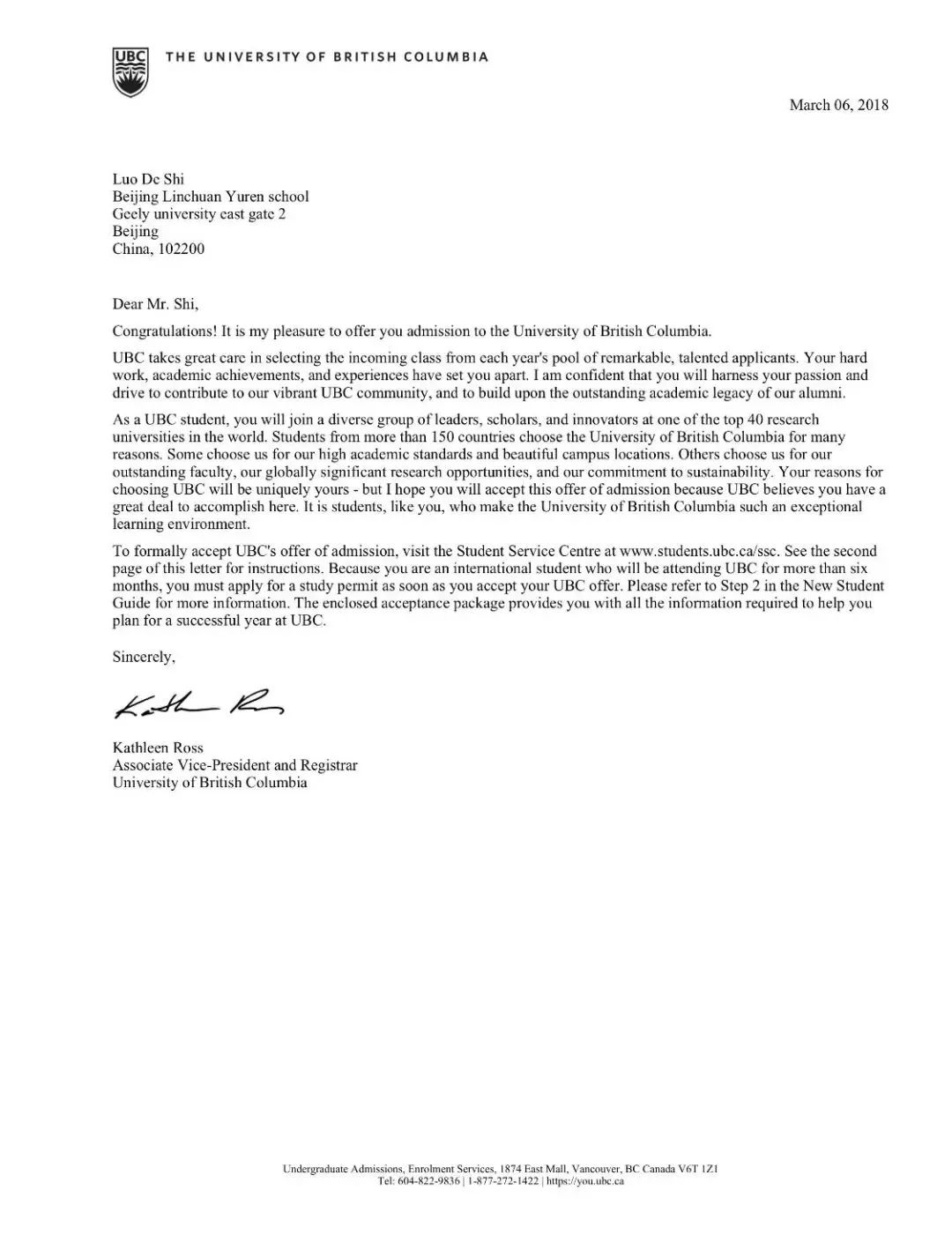 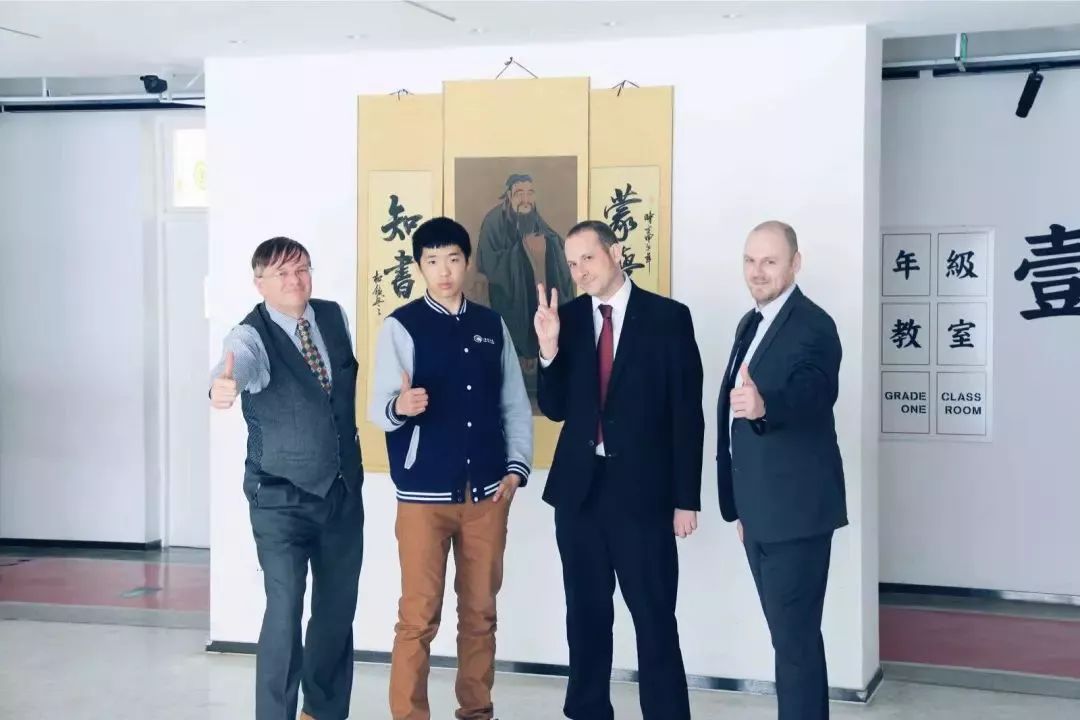 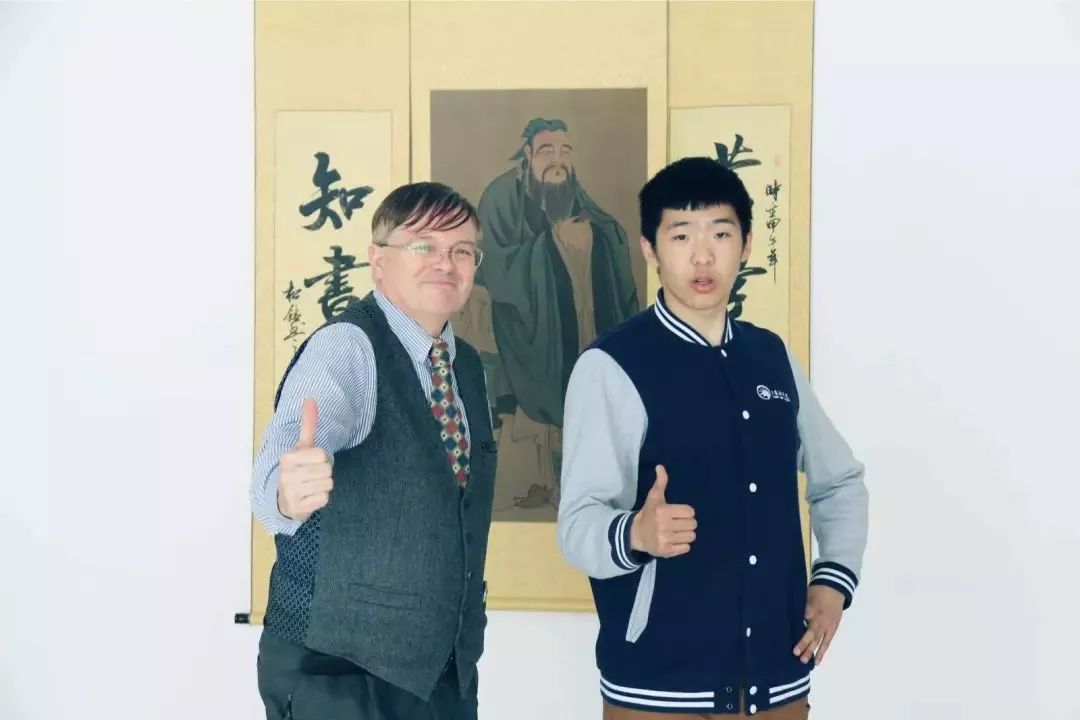 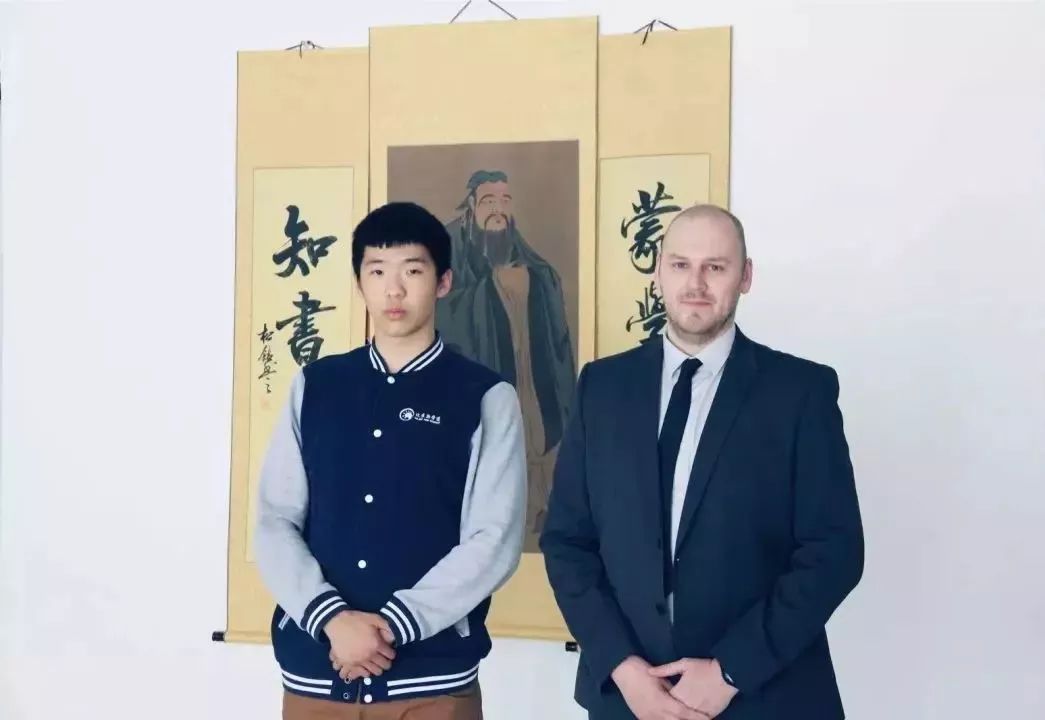 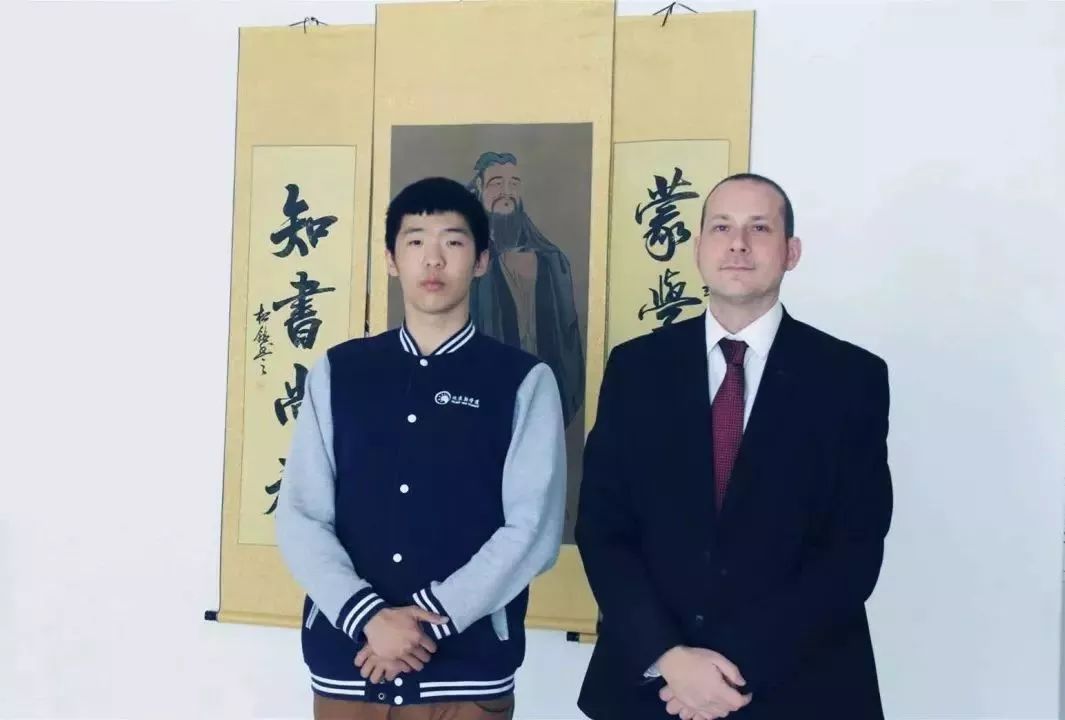 It has been a privilege to guide Shi Lou De through 5 years of the Xinxuedao Education system and observe how we have been able to transform him from being an enthusiastic but naive boy into an intelligent and articulate young man ready for admission to an international university. It has been an extraordinary educational journey. Of course Shi Luo De supplied the raw materials of that journey but our team of teachers and the Xinxuedao educational philosophy have made the journey possible. Let us take the example of learning English.  Of course a high standard of written and spoken English is the foundation of international study in an English speaking country. Over five years with Xinxuedao Shi Luo De has progressed to near native speaker standard with an IELTS 7.0. His contribution to the learning partnership is a quality of fearlessness in learning a new language. Anxiety is probably the single biggest barrier to learning and performing highly in a foreign language. Shi Luo De has leapt over this barrier with confidence and elegance. However he has been able to do this because of the Xinxuedao pedagogy of providing access to qualified and experienced foreign teachers, specifically from the UK.  The Xinxuedao approach is not just to provide English lessons with such teachers, isolated amongst an otherwise entirely Chinese curriculum. This would be far too limiting for a mind like Shi Luo De’s. No, the Xinxuedao method is to provide in a miniature a model of our modern global world where English and Chinese jointly and in co-operation are shaping new cultures and new understandings. The everyday reality of this is that Shi Luo De has had countless opportunities over the last five years to develop his articulacy in both Chinese and English in Socratic dialogue with the best teachers Xinxuedao can source in an integrated learning environment.

The second aspect of this education journey I would like to focus on is creativity and expression. Again Shi Luo De has supplied the raw ingredients of an open mind that is looking for ways to express his excitement about ideas.  But Xinxuedao recognises that without discipline and self-discipline creativity is an unpredictable energy.  Shi Luo De, like all of our students, has been through the training of Shufa (Caligraphy) and Wushu (Martial arts). These are profoundly creative arts, but through experiencing not just the practice but the meaning of these arts, our students learn to control and focus their creative energies.  As it is with forming a character in calligraphy, so it is with writing an A Level History essay. The successful student must be able to focus, to clarify what is necessary, to eliminate what is extraneous and to express a response with confidence and elegance. With the guidance of his foreign teacher mentors, Shi Luo De has progressed from being able to organise ideas in written English, to being able to express sophisticated ideas with subtlety and nuance, the finest strokes of the calligrapher’s pen that are the marks of mastery. In his creative growth Shi Luo De has also benefitted from the engagement with Literature which Xinxuedao has provided for him. His mind has been opened by teachers who can parallel Charles Dickens and Lu Xun. In 2016 he worked with an English graduate, Mr Morton, from East Anglia University in the UK which is famous for its study of Literature and Creative Arts. Together they directed a performance of ‘A Christmas Carol’, the famous story by Charles Dickens where Shi Luo De was able to combine improving his self- expression by taking on a leading role in the play, with learning the skills of a theatre producer and director, how to convey the story’s inner heart to an audience.  This was taken to an international level when Mr Morton supported Shi Luo De to participate in an international Shakespeare symposium, organised by a Shakespearean society in the UK. It was a proud moment for Xinxuedao when Shi Luo De was able to perform lines from ‘Romeo and Juliet’ fearlessly in English and Chinese to a Skype audience in the UK, followed by a discussion in English about interpretations of the play in Chinese and English cultures.

And finally I would like to turn to that international element in Shi Luo De’s education. To the partnership the young Shi Luo De brought an open mind that wanted to learn about both his immediate world in China and the global wider world. He was the star student in lesson after lesson on our International Culture course, giving thoughtful, well informed presentations on everything from Native American culture to the achievements of leading American presidents. This course was the perfect preparation for progression to our High School A Level courses in Global Perspectives and World History. At the heart of both of these advanced courses is the educational philosophy that the learning of facts is not enough, but that truth and understanding emerge from a dialectical process of interpretation and debate. In other words Xinxuedao has transformed that open mind into an enquiringly mind, able to ask intelligent questions about the world and equipped with a powerful methodology for finding answers. It will not surprise you then to hear that Shi Luo De has very ably led the school debating team in international competitions.

This rich and varied Xinxuedao education was the platform for his application to study International Relations at the best universities in Canada. At the heart of his application was his Personal Statement, and I would like to conclude by reflecting on an aspect of that statement. All of our students take part in service to the people through our Community and Leadership scheme at the school. Shi Luo De was part of a team who went to support the education of a rural school in Shanxi. He devoted his time there both to helping the students and trying to understand the role and problems of education in this part of China. In the Personal Statement he displayed great knowledge and understanding of the complex local, national and international  issues around this topic, but more importantly an extraordinary humility and self-criticism in describing his own intellectual failures and his simple devotion to using his university study to improve and correct himself. In this I believe Shi Luo De is an ambassador for the heart and soul of Xinxuedao education. In his university years to come we will continue to work together to bring the youthful talents which he brought to our school to their full potential.

My name is Mr Cunliffe and I teach Andy A-level History and Global Perspectives.  History in particular requires students to have a lot of knowledge about the past.  However, it is the skills that I have given Andy that have allowed him to excel in these subjects.

Both subjects require students to be able to argue in an academic way.  Andy’s English was already fairly strong and it was an essential foundation for A level success.  During my time teaching Andy, I have worked to develop the following aspects of his writing:

Structuring his writing to fit many different types of essays;

At A2 level, writing in thematic and historiographical styles.

The most effective way that I have developed Andy’s writing is through personalised feedback on a 1-1 basis.  This can be very time consuming but also necessary for stretching and challenging students.  I begin the process by having a very clear idea of the exam requirements through analysing example candidate responses and mark schemes.  I use my knowledge of how students need to write at AS, A2 and at University level to decide which steps need to be taken to advance his writing to the next level.  Then, I look for the main area for improvement each time – focussing on one aspect at a time every time I set essay homework.  I mark the work and then I make the time to read through Andy’s work with him, offering personal guidance on how to improve his writing generally to gain marks, but focussing on that one aspect that I want him to do differently next time.  This process is repeated several times each term.

As well as being very time consuming the other problem with this method is that students can become reliant on me to tell them how to answer any questions.  Andy has achieved success because he has also developed his thinking skills that allow him to think critically about academic study.  The main method of developing these skills is through planning academic essays.  An area of the course is taught and a past exam essay set on this topic.  Then, my students need to plan their answers on the board, under my supervision.  I already have my set structure of how I would answer the essay, taken from my own knowledge and the mark scheme.  I allow Andy some freedom to answer things in his own way— but I only give him the smallest amount of help that he needs to get it right.  He is allowed to struggle and is made to think deeply, critically and thematically with only just enough guidance to make him create the plan.  Over time, less and less help is needed because Andy has developed the skills because he was not given the plan, he had to create more and more of it himself every time.

Andy was taught A-level biology over two years. He studied the AS content during the first year where he was taught using the CIE coursebook and CIE teaching support materials which were delivered in four 1-hour classes per week. Wherever possible, practical laboratory classes helped Andy develop techniques used by professional scientists. As the school continues to build the laboratory facilities practical classes will become more frequent. Andy was also given specific exam preparation. The end of the first year finished with a large field-work project with data handling and statistical analysis. During the second year, Andy was taught the A2 content to prepare him for his final A-level exams. Throughout his two years Andy was offered tutor time outside of classes, and in fact, Andy was always very enthusiastic about discussing his biology studies.