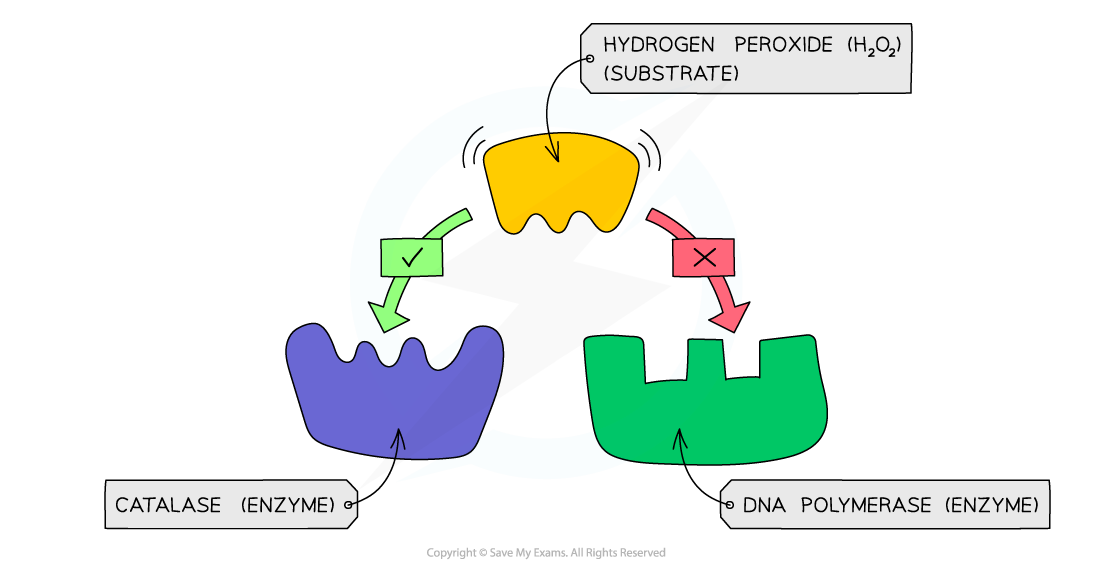 An example of enzyme specificity – the enzyme catalase can bind to its substrate hydrogen peroxide as they are complementary in shape, whereas DNA polymerase is not