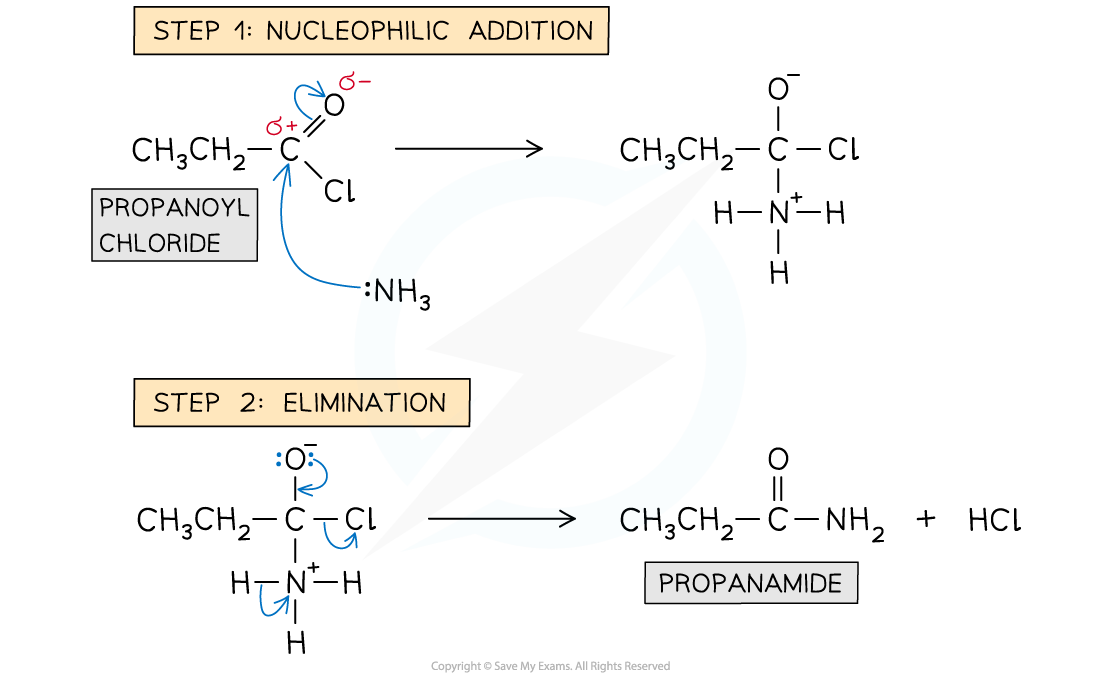 Reaction mechanism of the formation of amides from acyl chlorides with ammonia. The HCl then goes on to react with a molecule of NH3 to form NH4Cl

If you want to name substituted amines or amides you can use the prefix letter N, to show that the alkyl (or other group) is attached to the nitrogen, so in the last example calling it N-methylpropanmide avoids any ambiguity about the location of the methyl group.