Strength of ammonia and amines as bases 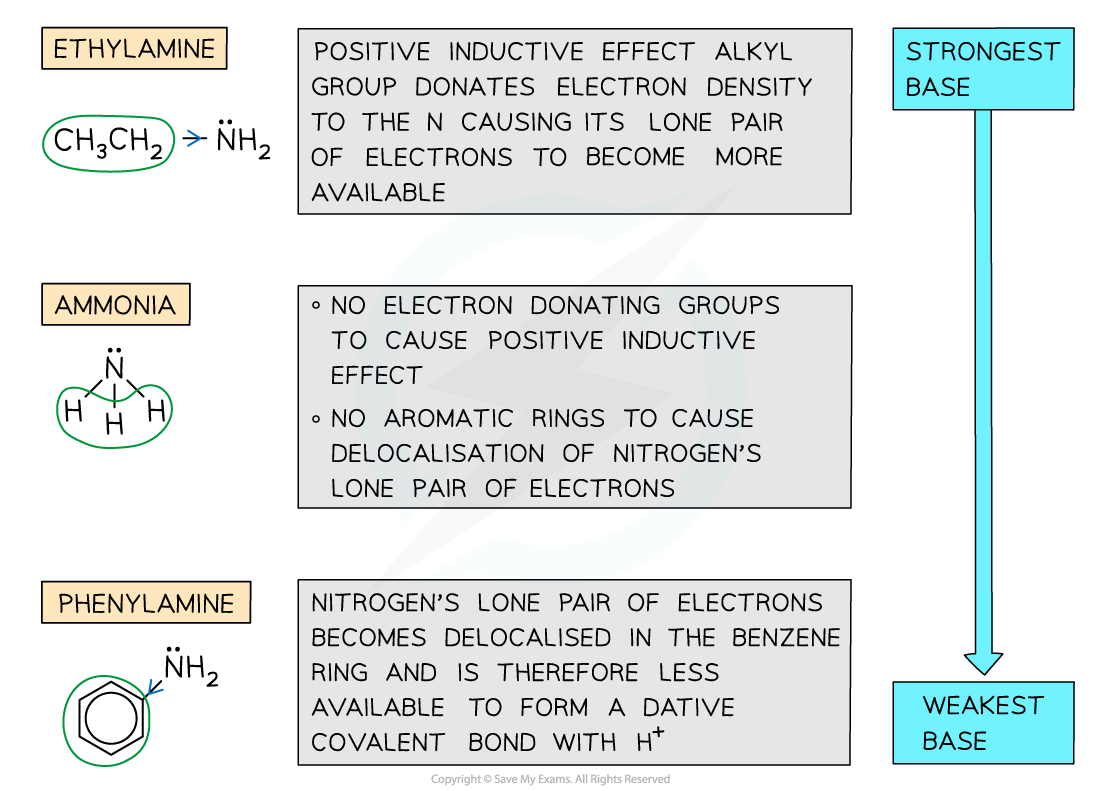 Amines have a fishy smell, which disappears as soon as you add an acid, because you are making an non-volatile salt. Decomposing fish give off amines which are produced by the bacterial decomposition of proteins.