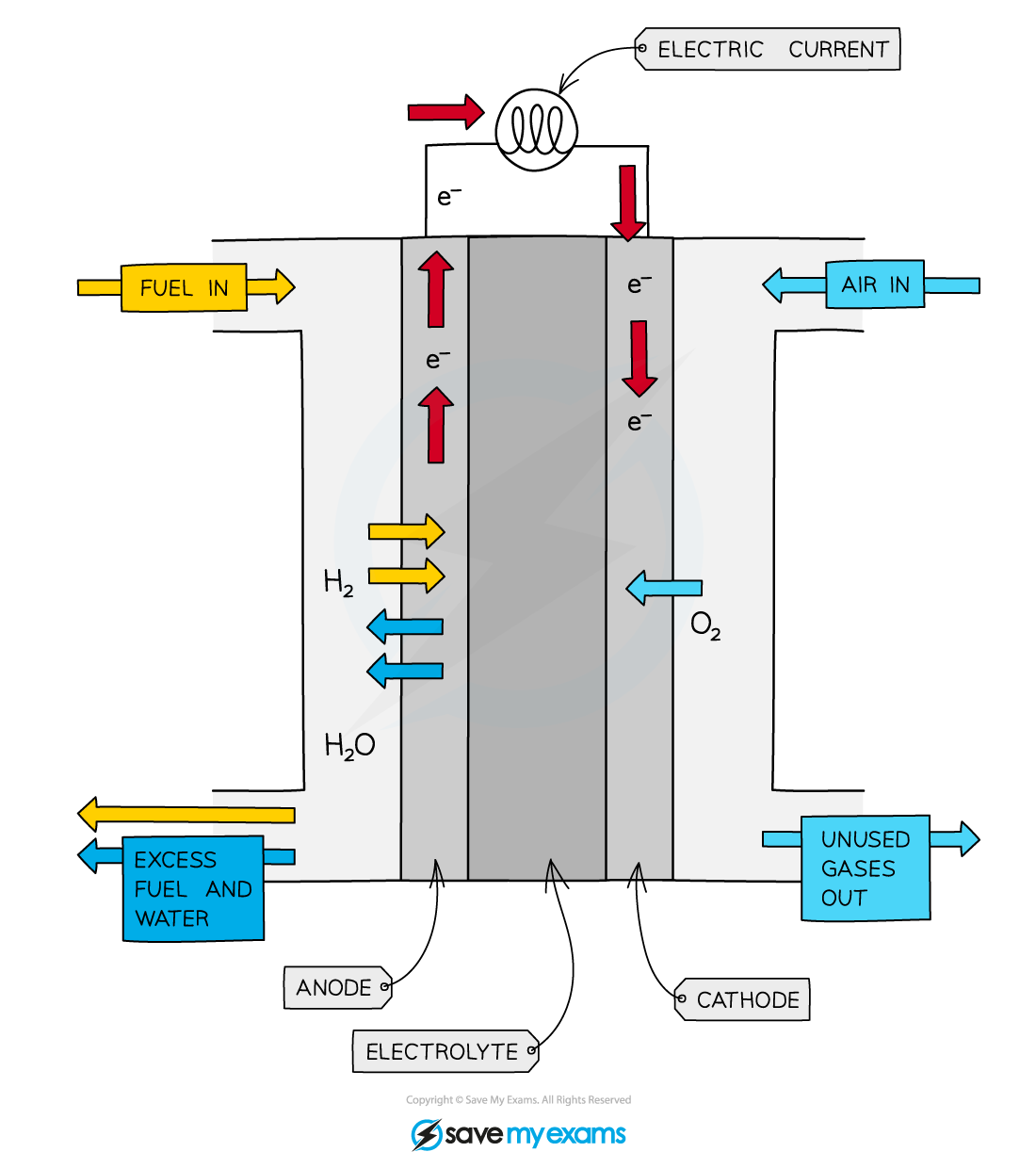 Diagram showing the movement of hydrogen, oxygen and electrons in a hydrogen-oxygen fuel cell

One difference between fuel cells and other cells is that the cell operates continuously as long as there is a supply of hydrogen and oxygen; the energy is not stored in the cell.