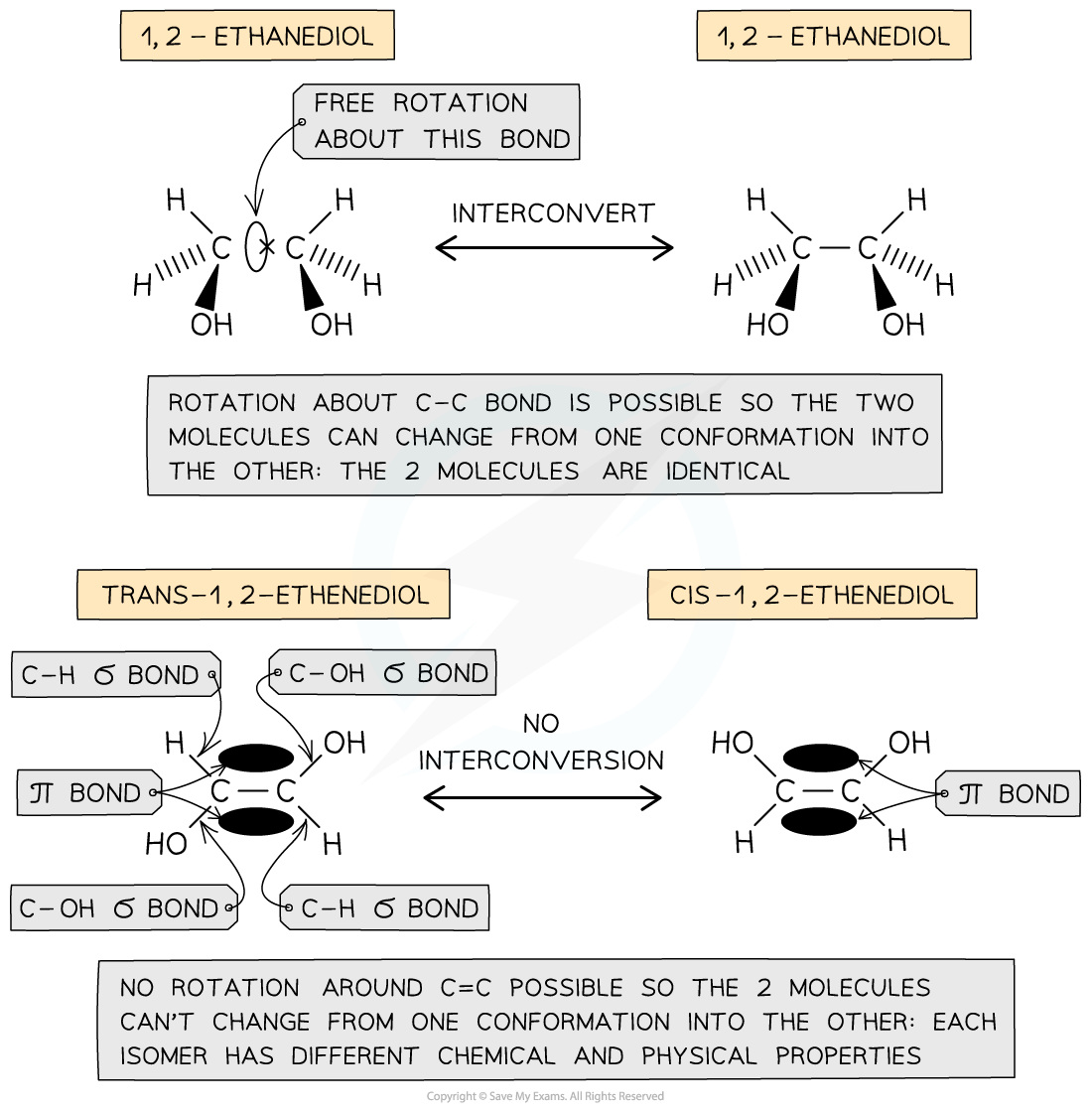 Geometrical isomerism is also possible in cyclic compounds because there is limited rotation about C-C single bonds that make up the rings. Therefore, the substitutions in cyclic compounds are fixed in their position (to stay either above or below the ring of carbon atoms).

The electrophile reacts with the electron-rich C-C double bond