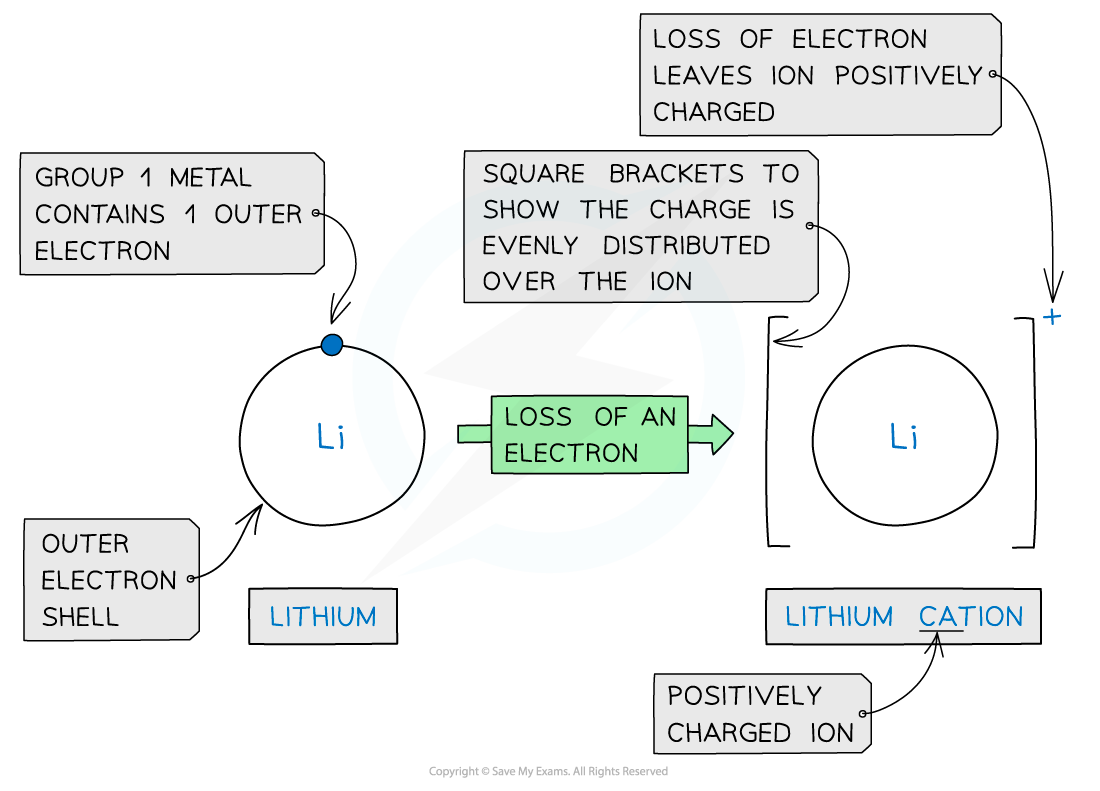 Forming cations by the removal of electrons from metals 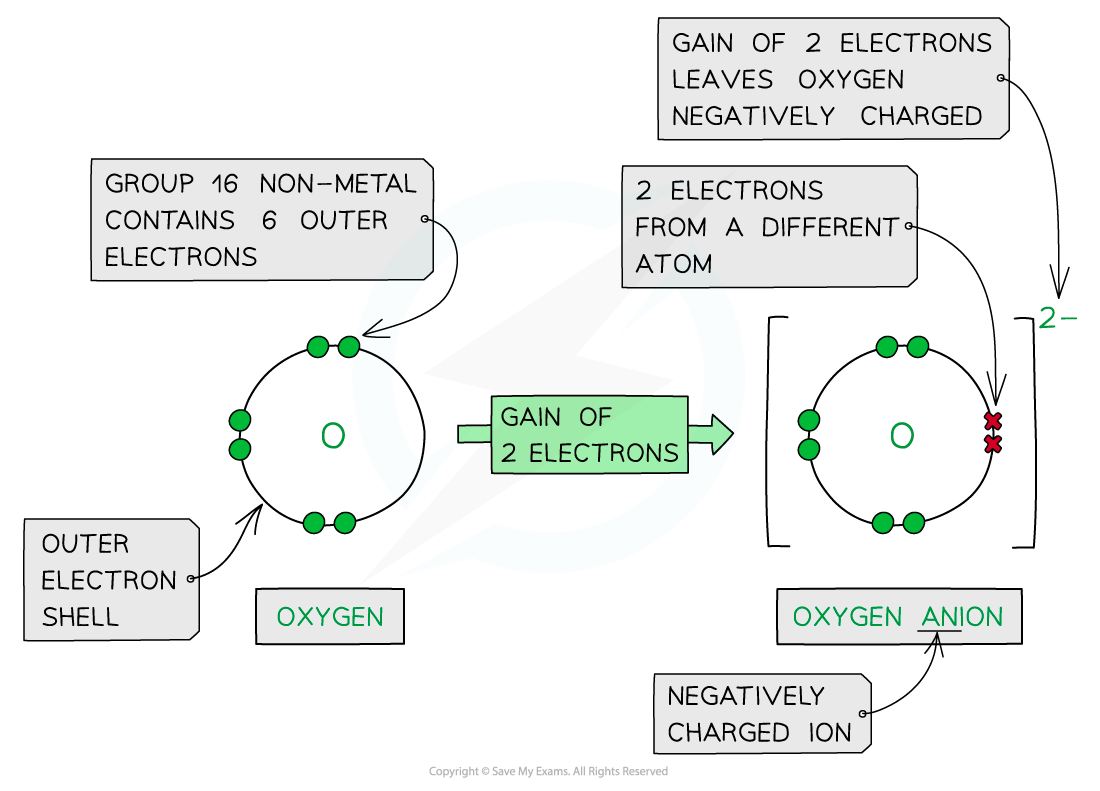 Forming anions by the addition of electrons to nonmetals 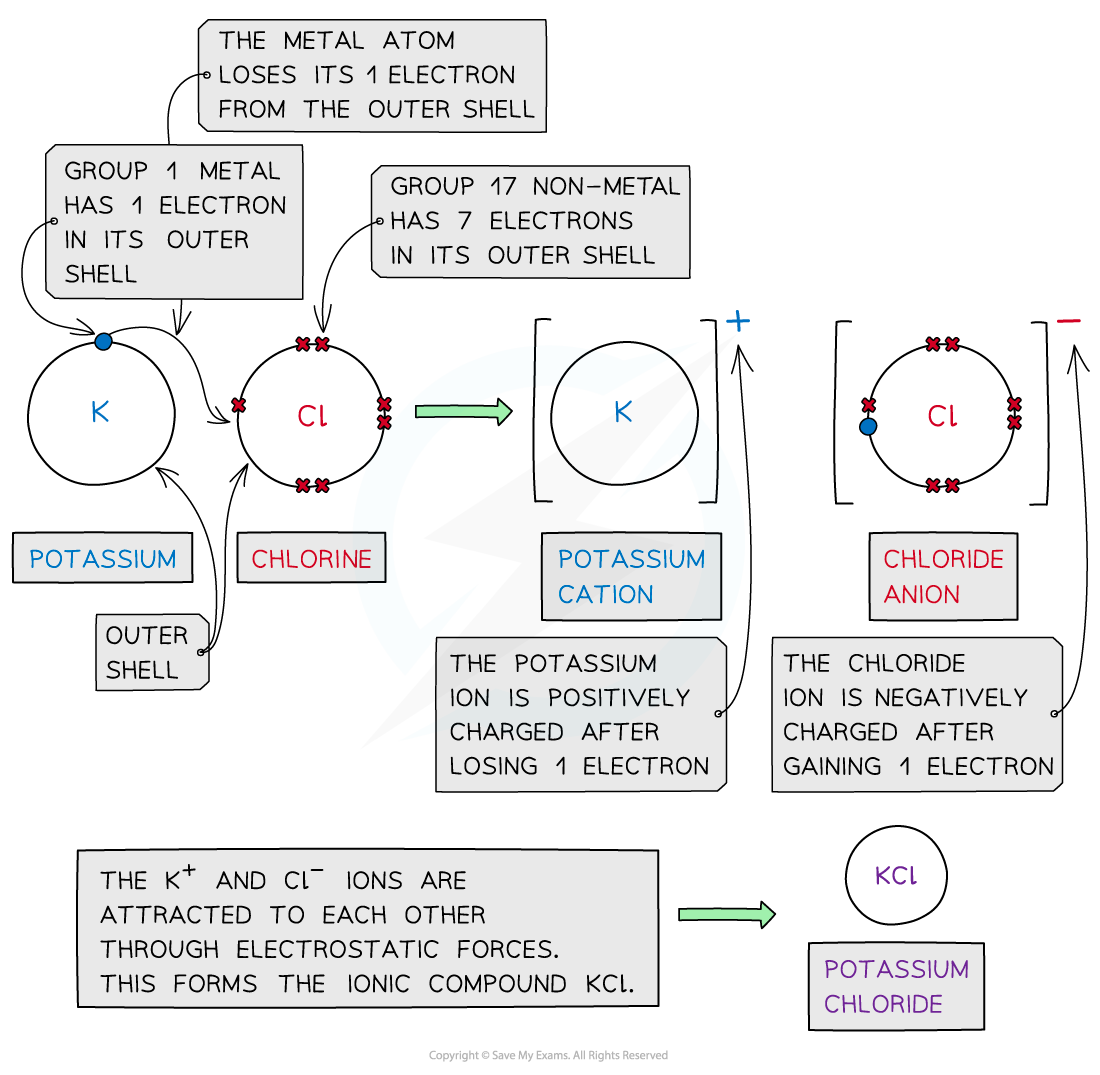 Cations and anions bond together using strong electrostatic forces, which require a lot of energy to overcome

Metals usually lose all electrons from their outer valence shell to become cations.You can make use of the groups on the periodic table to work out how many electrons an atom is likely to lose or gain by looking at the group an atom belongs to.The electrostatic attraction between oppositely charged ions is the ionic bond.