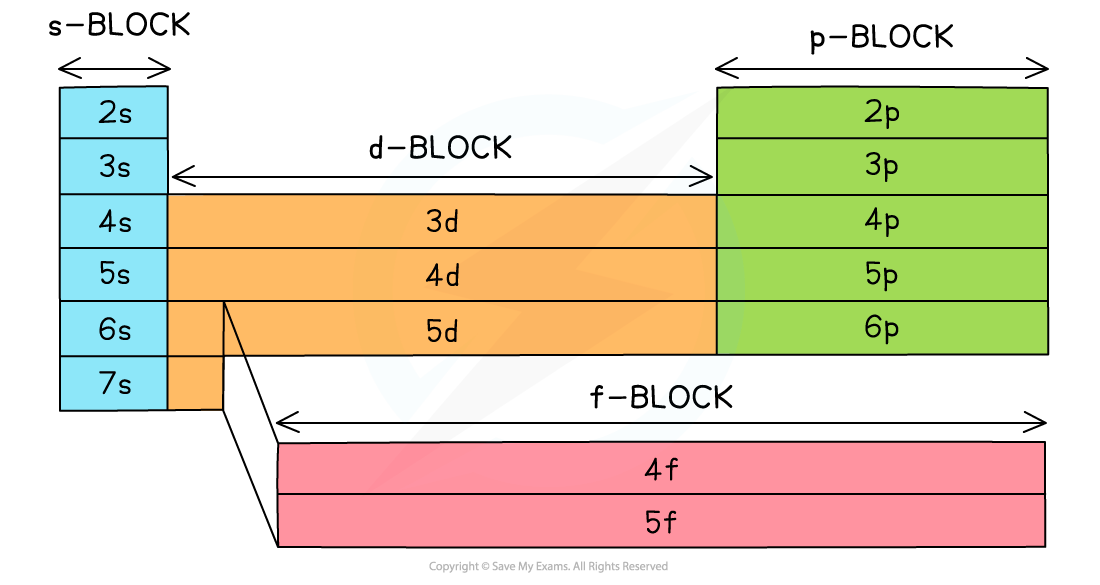 Write down the full and shorthand electron configuration of the following elements:

The electrons in titanium are arranged in their orbitals as shown. Electrons occupy the lowest energy levels first before filling those with higher energy