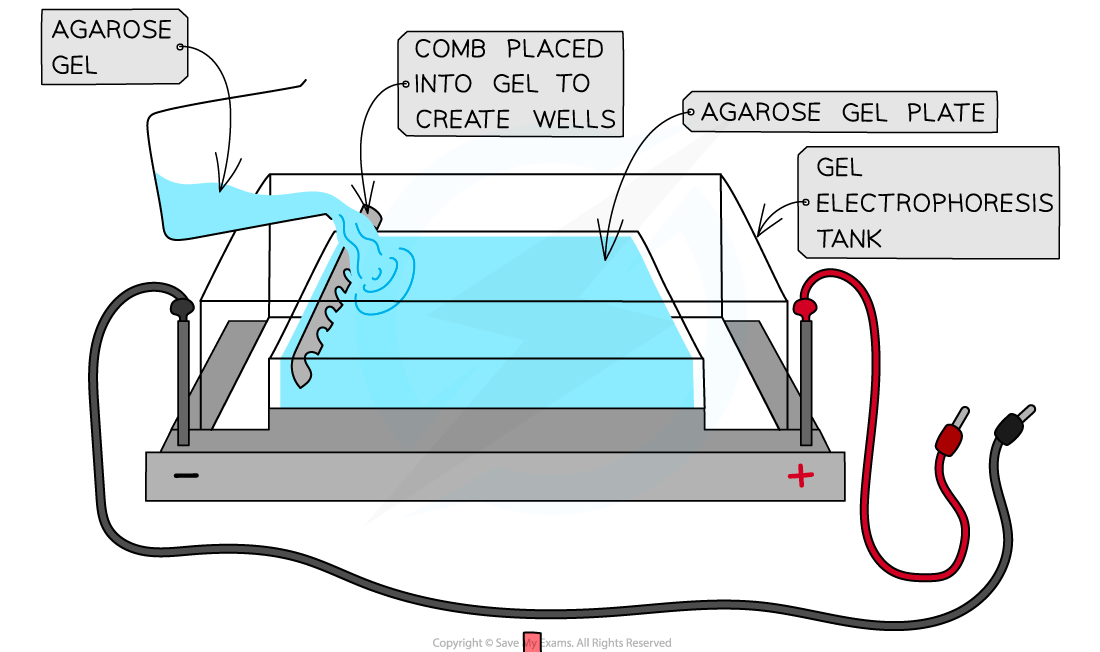 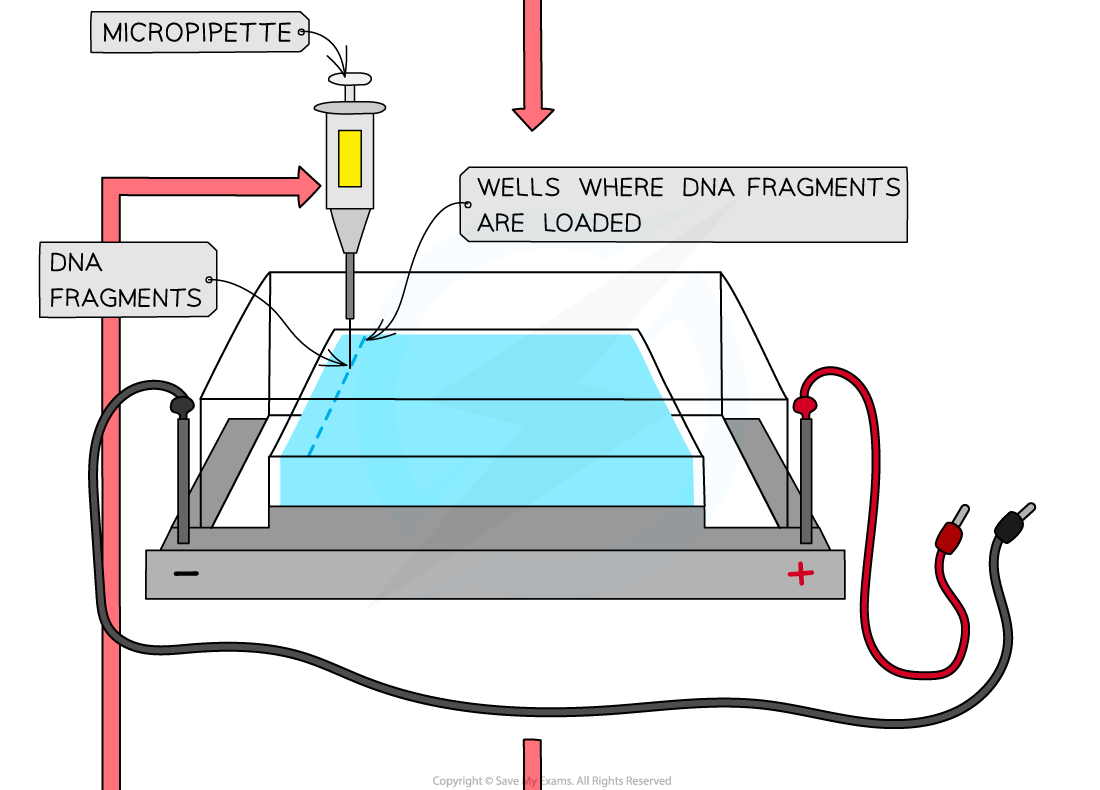 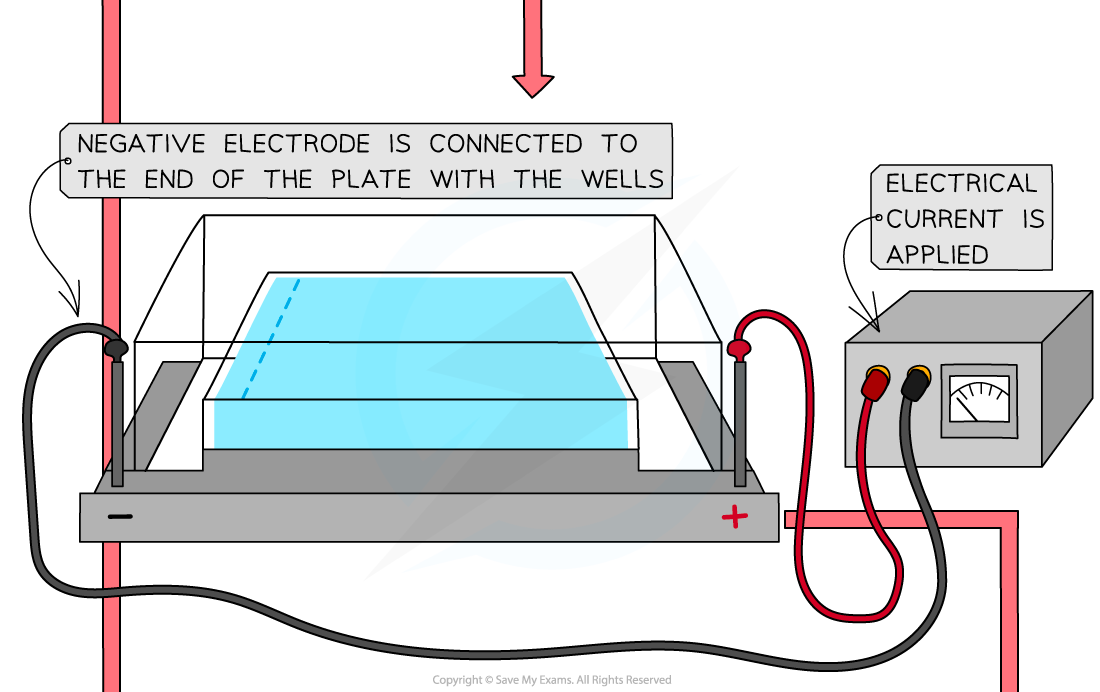 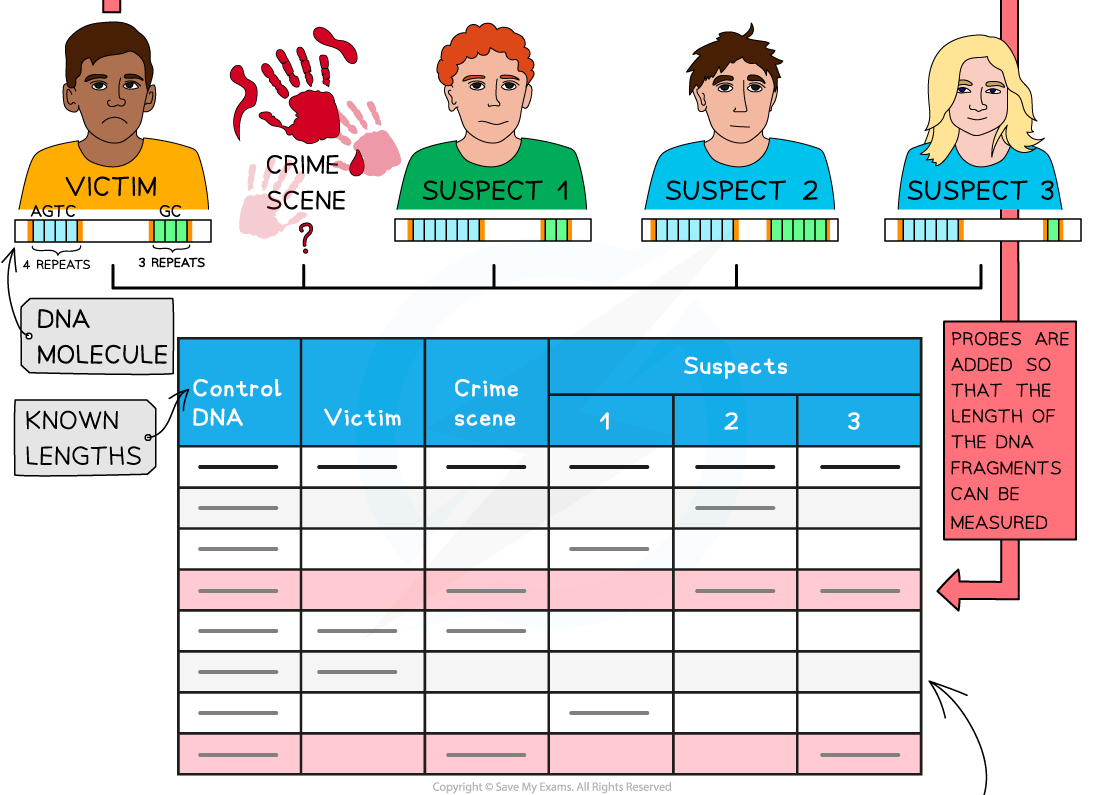 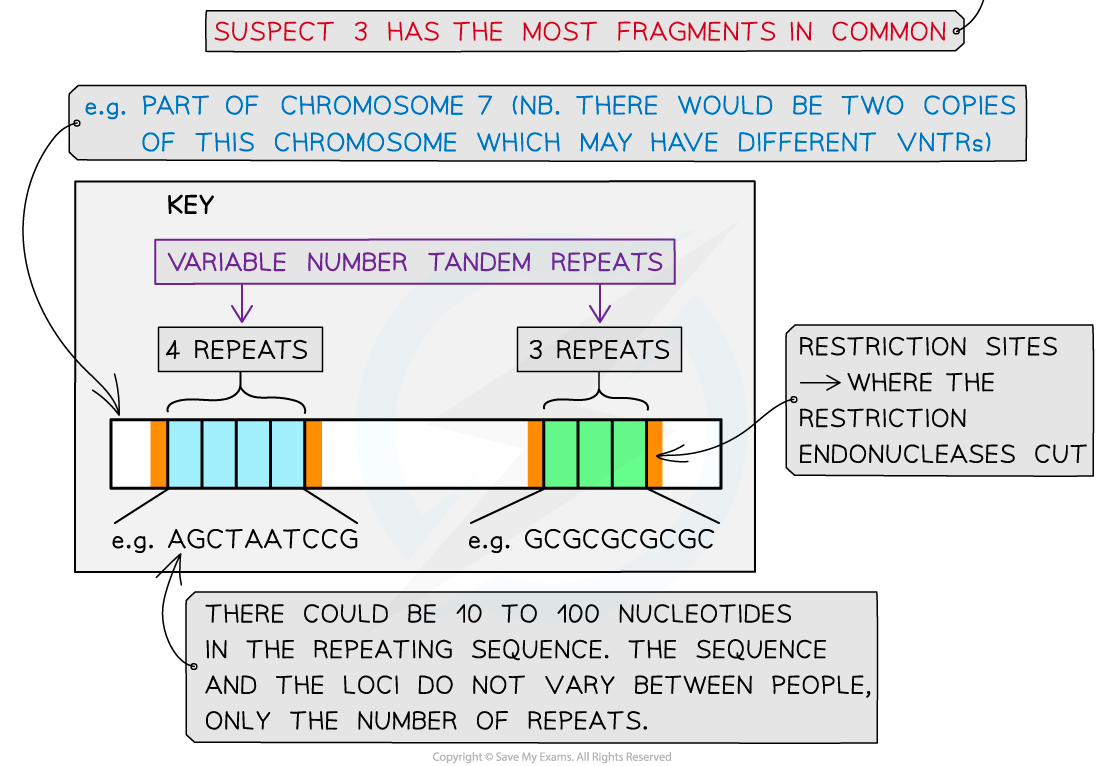 The separation of DNA fragments using gel electrophoresis. Gel electrophoresis can be used in DNA profiling where scientists separate the VNTRs (as these are unique to every person except identical twins)

In the exam, you will be expected to interpret the results of gel electrophoresis experiments used to separate DNA fragments. For example, you will be given a few different genetic fingerprints and will have to match the victim to the crime or determine the parents of children. In these questions, you need to look for the most bands in common or a combination of parents' fingerprints that covers all the child's bands.