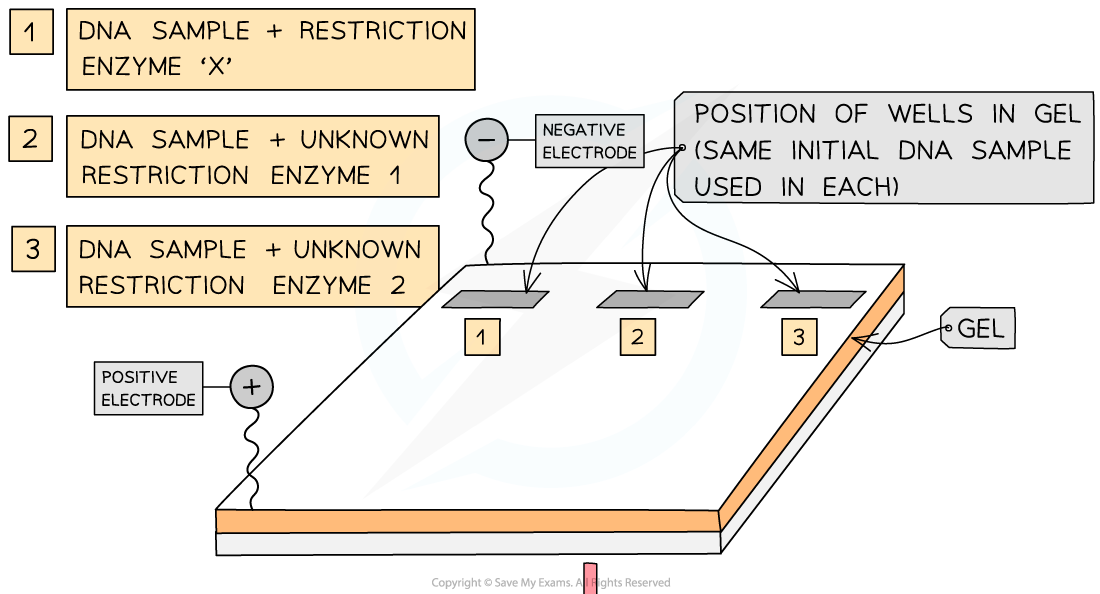 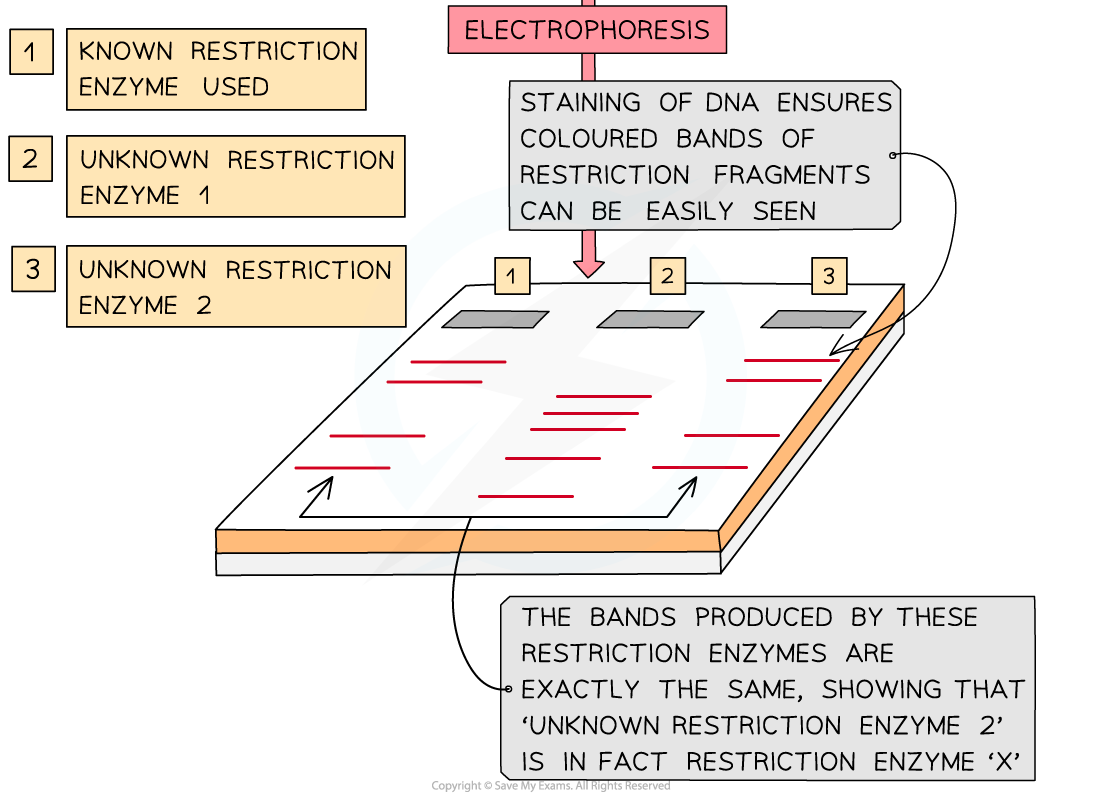 Bands of DNA (made up of the restriction fragments) are produced by electrophoresis and observed by staining the DNA. If two sets of the bands match up, then these must have been created by the same restriction enzymes, as these enzymes are highly specific.