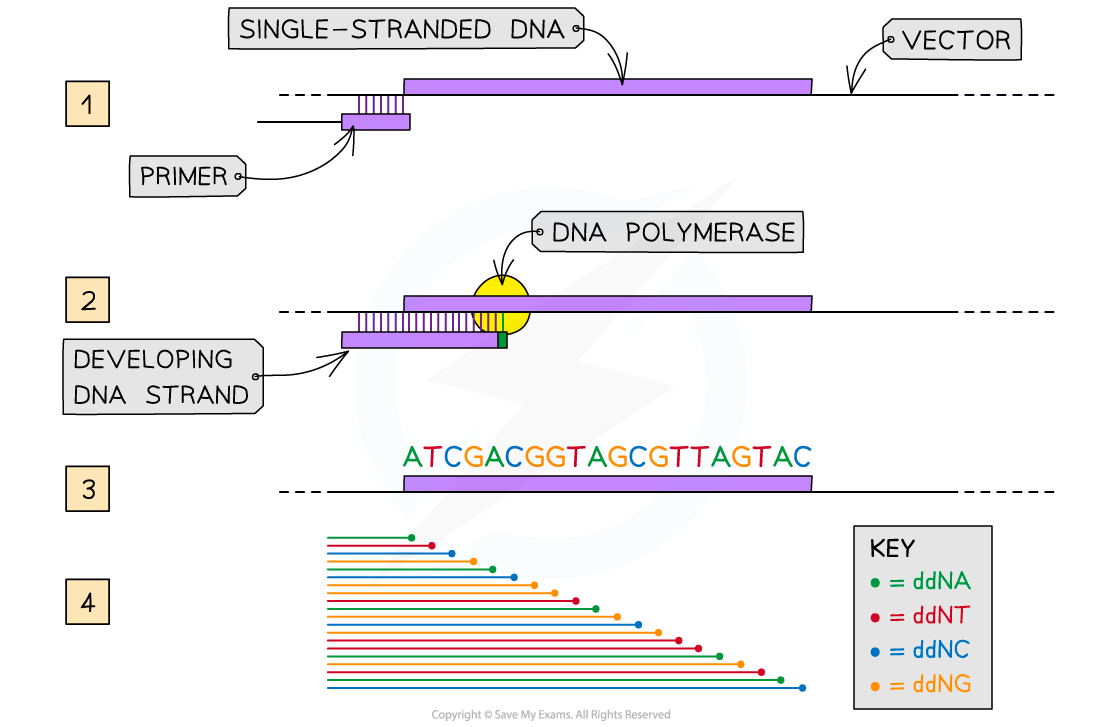 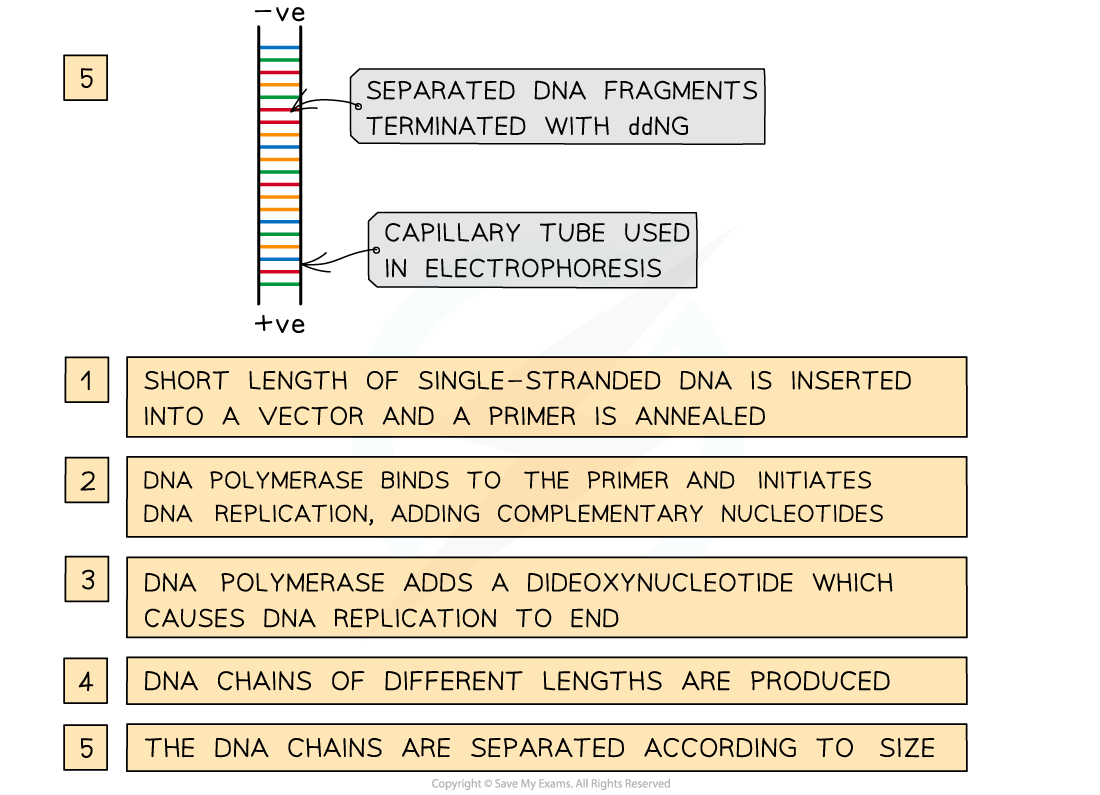 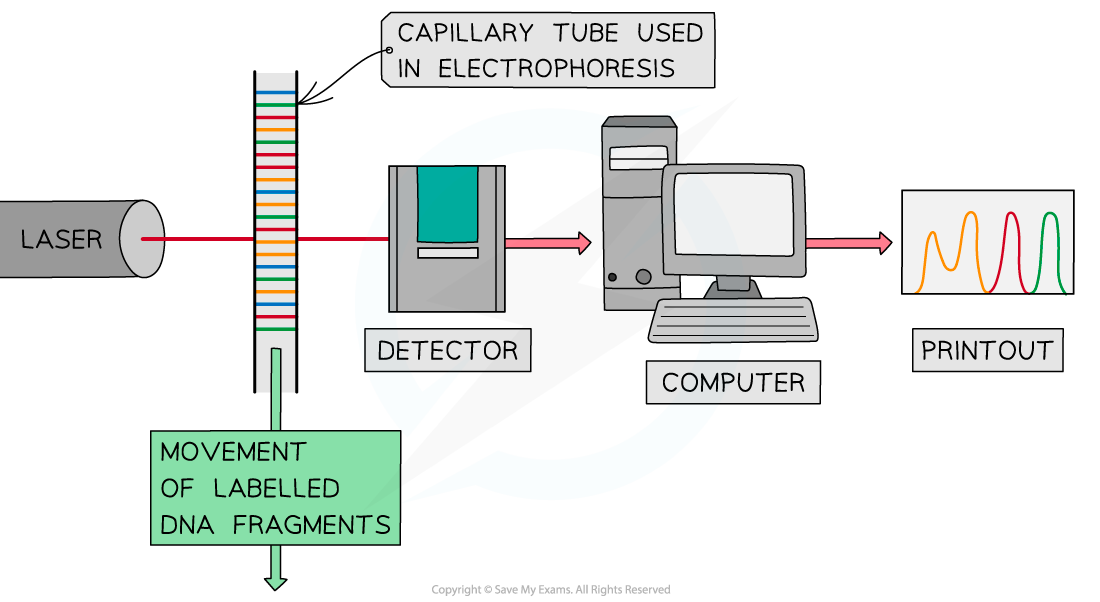 The process of automated DNA sequencing. The sequence obtained is that of the developing DNA strand. It has a complementary sequence to the template strand that was inserted into the vector DNA. 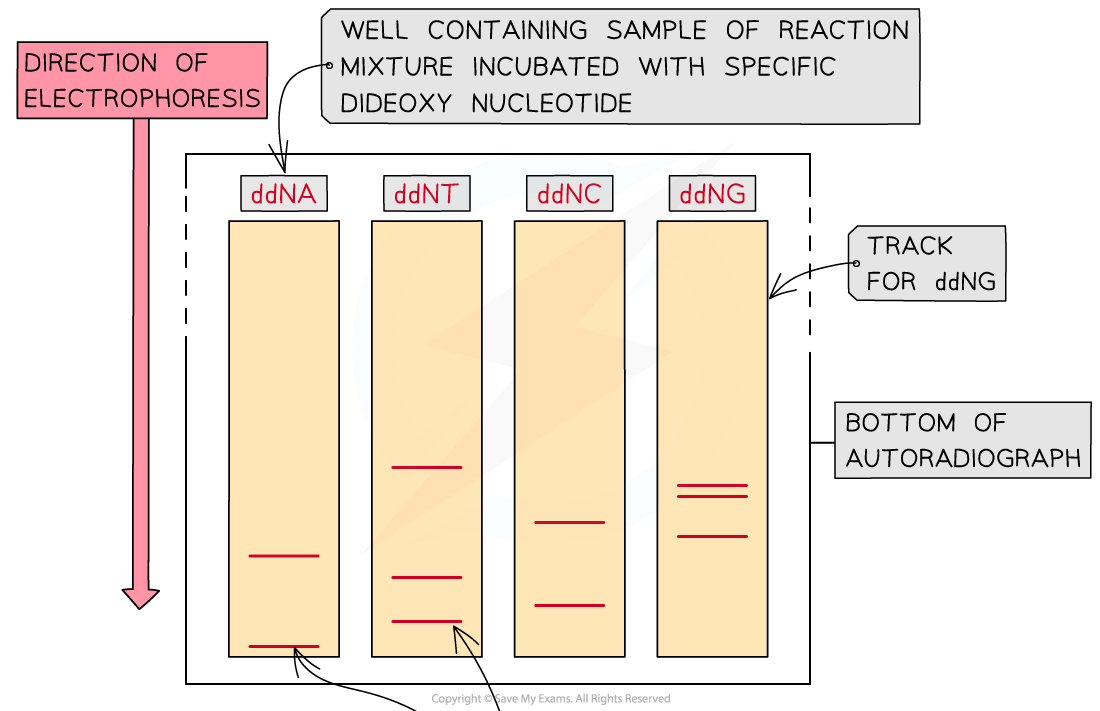 The base sequence of the test DNA can be read by identifying the distance each fragment has travelled, beginning with the fragment that has moved the furthest distance.