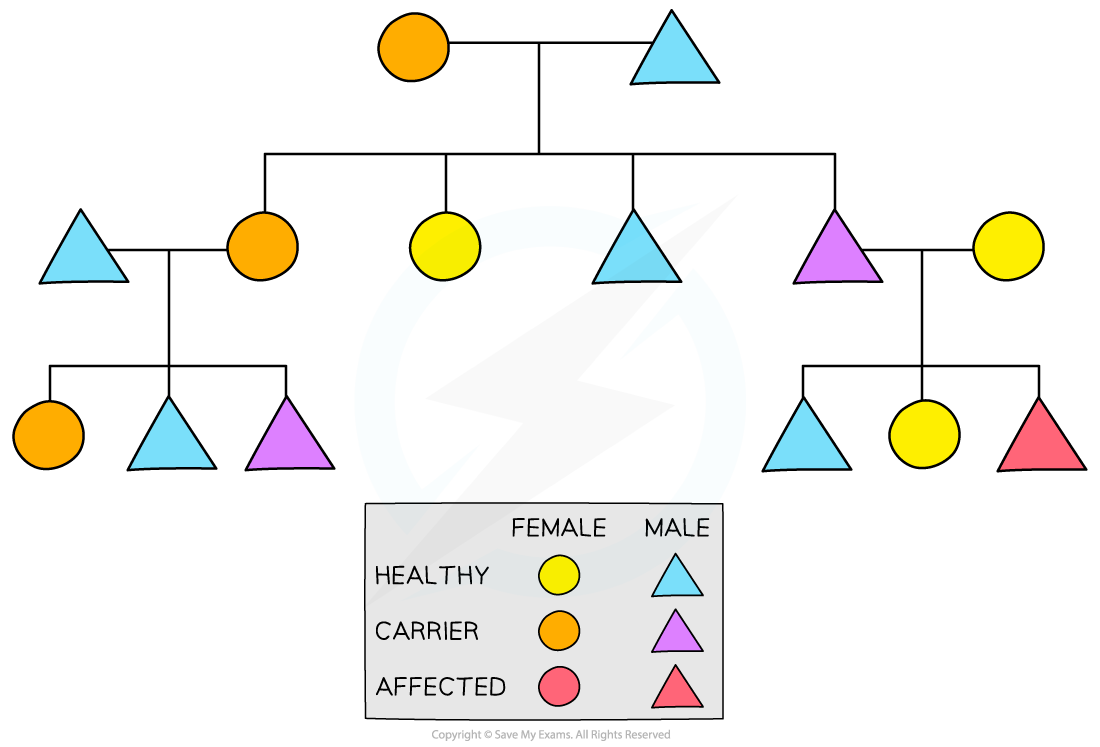 A family tree showing the inheritance of Prader-Willi Syndrome. An individual is only fully affected by the syndrome if they inherit the faulty chromosome from their father.