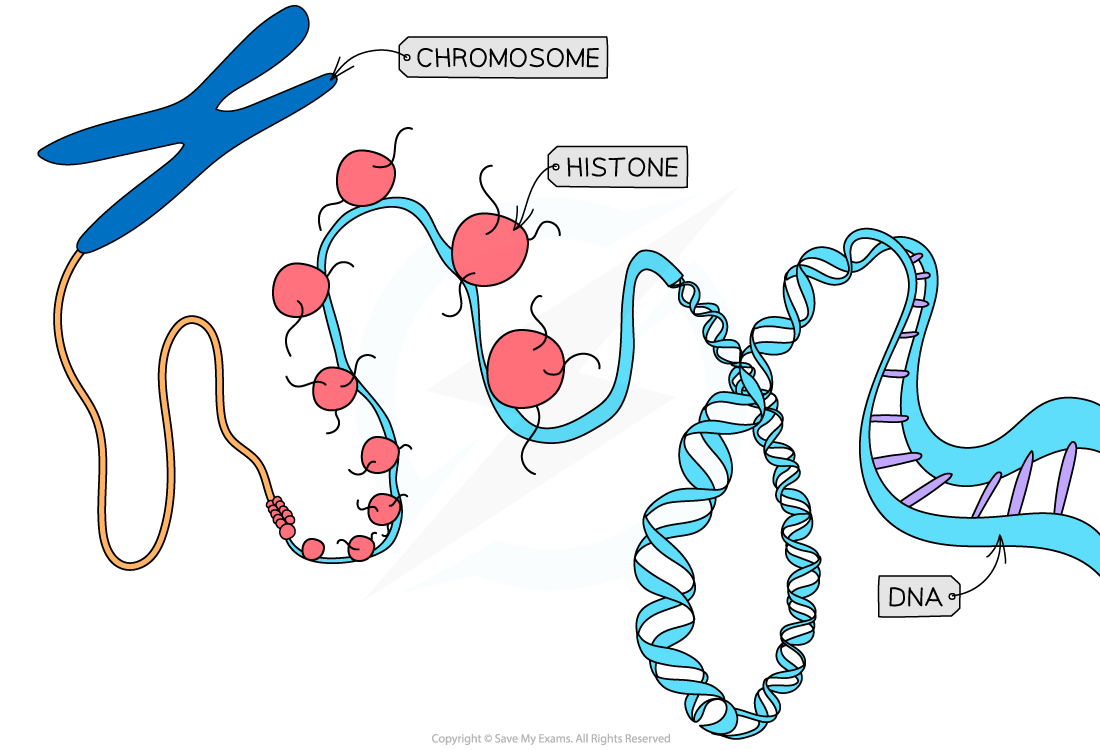 DNA is wrapped around histone proteins which form a nucleosome. Nucleosomes coil tightly around each other to form the chromosome structure.