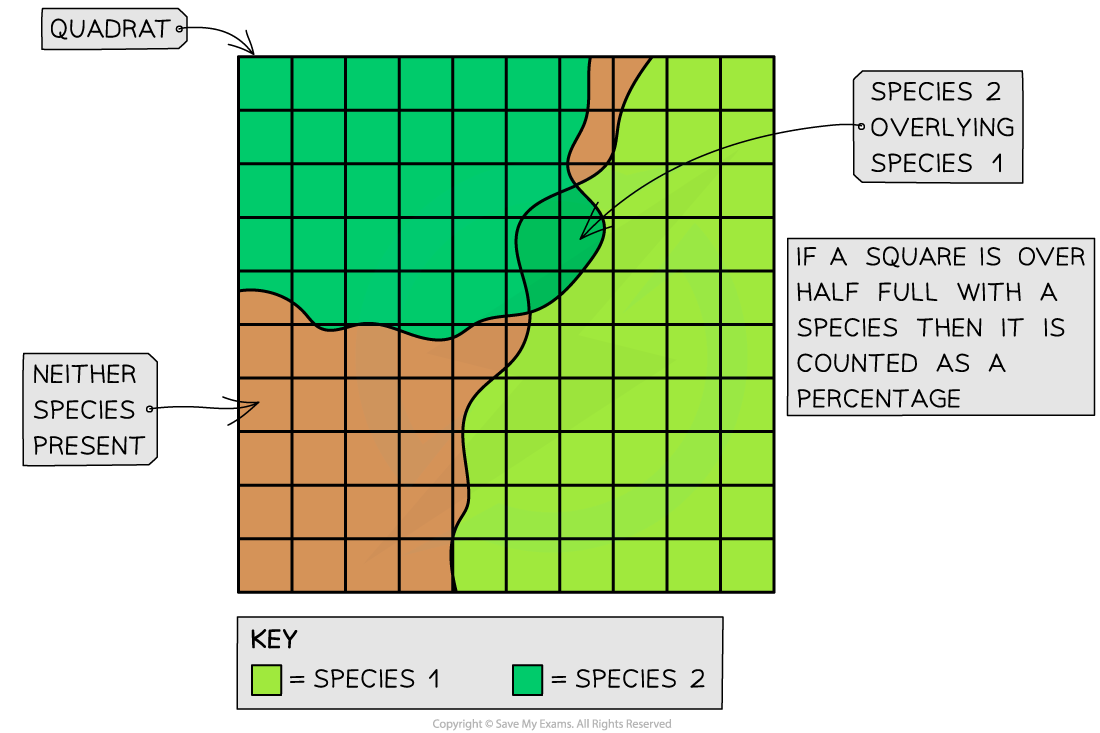 Using a quadrat to investigate percentage cover of two species of grass. There may be some squares lacking any species and other squares with multiple species - this means the total percentage cover of a single quadrat can sometimes be over or under 100% 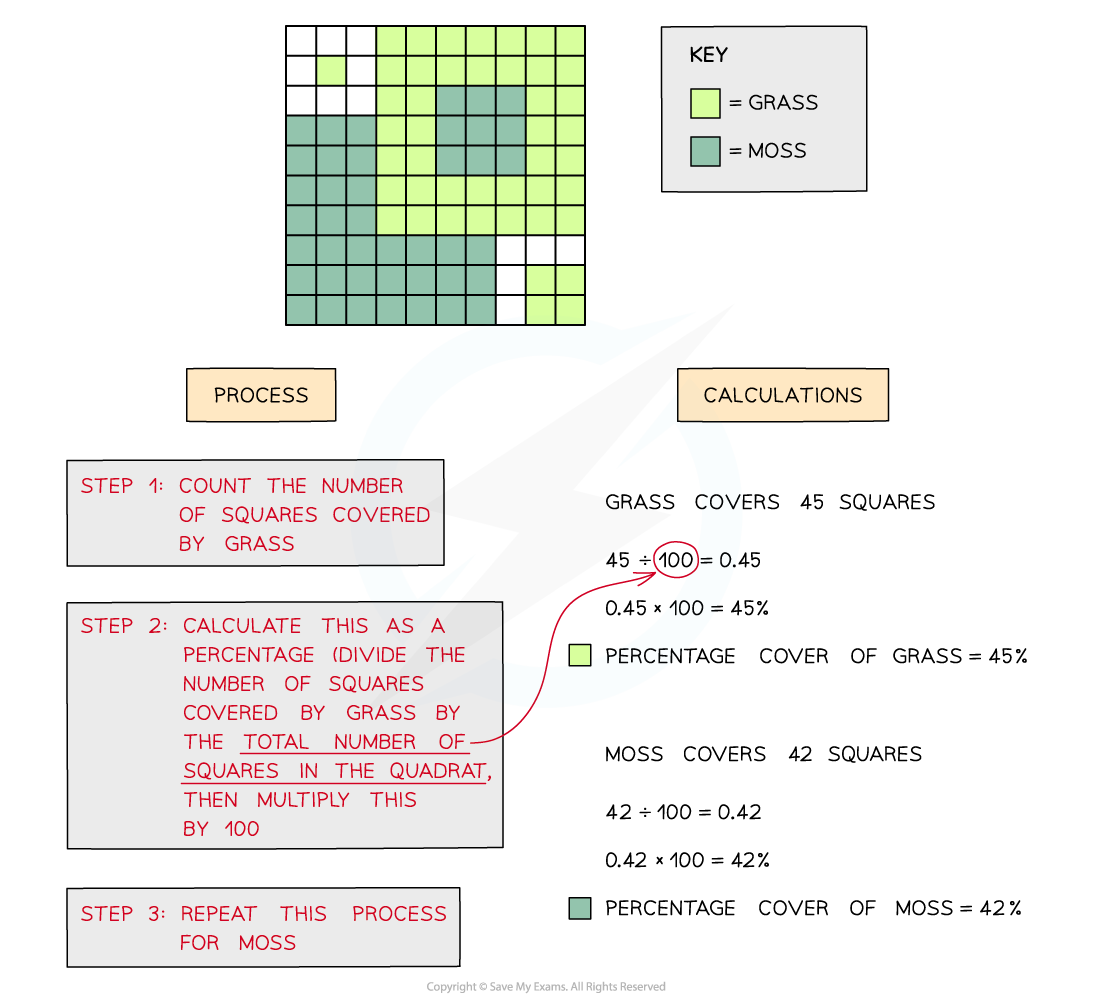 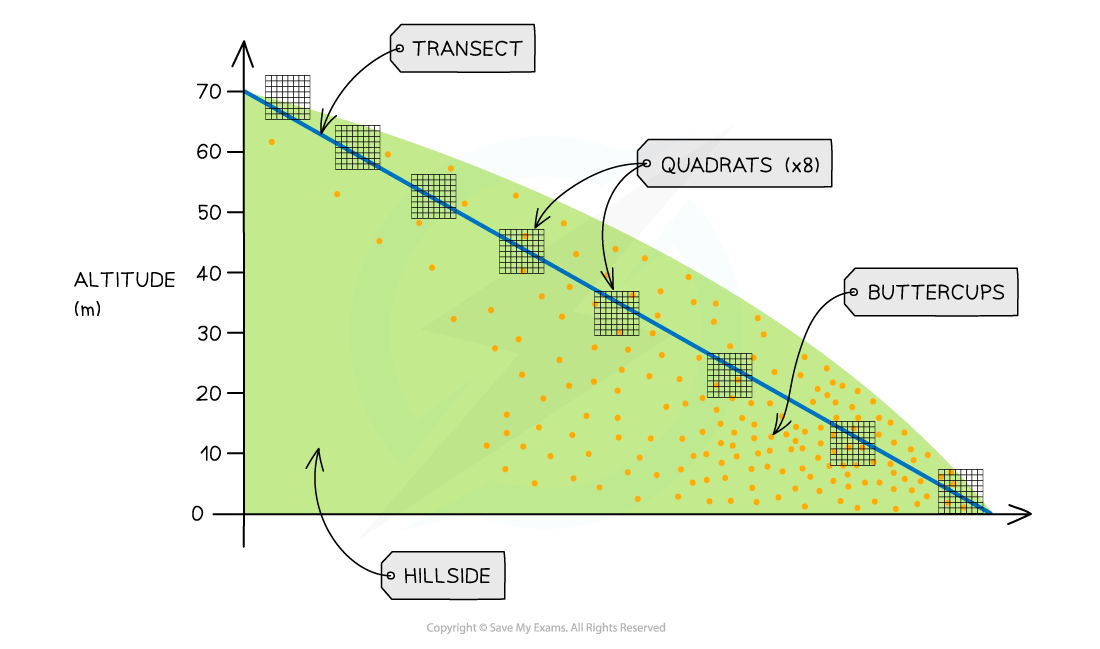 An example of a transect on a hillside. A quadrat is placed at regular intervals (every 10m of altitude gained) and counts the number of individuals (of the species being investigated eg. buttercups) in each quadrat

Scientists wanted to investigate the abundance of leafhoppers in a small grassy meadow. They used sweep nets to catch a large sample of leafhoppers from the meadow. Each insect was marked on its underside with non-toxic waterproof paint and then released back into the meadow. The following day another large sample was caught using sweep nets. Use the figures below to estimate the size of the leafhopper population in this meadow.

Step One: Write out the equation and substitute in the known values