The formation of new species from pre-existing species over time, as a result of changes to gene pools and allele frequencies from generation to generation 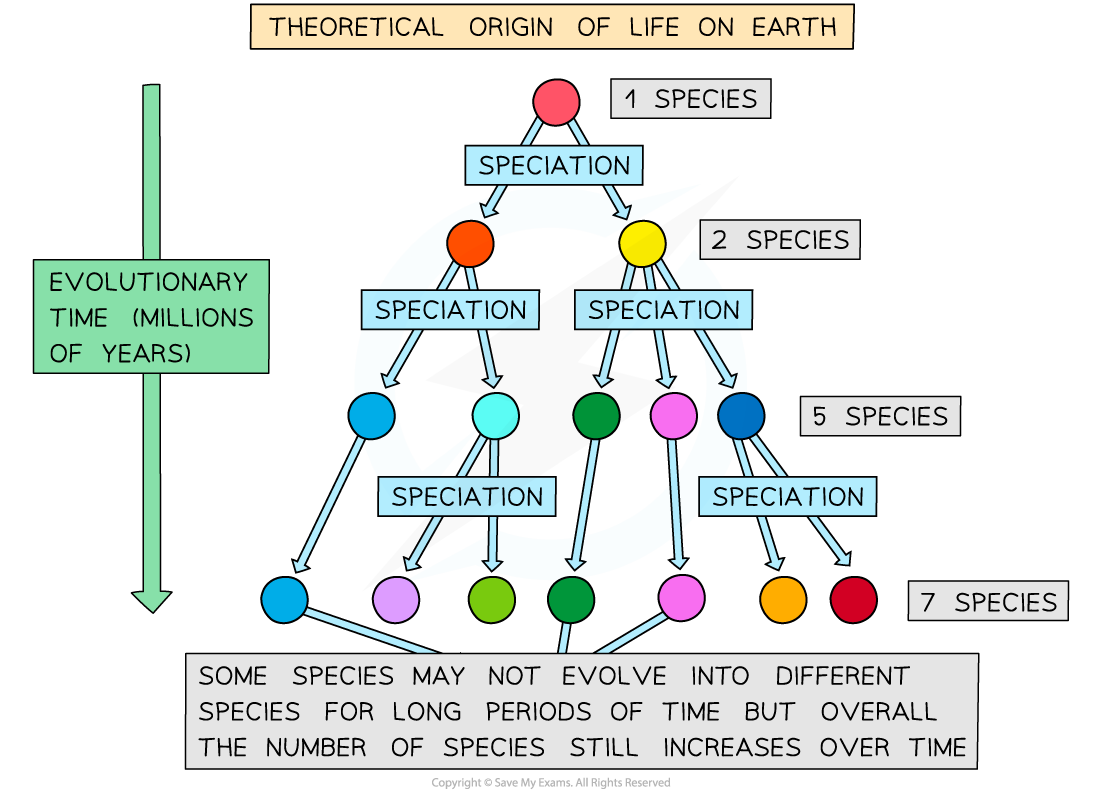