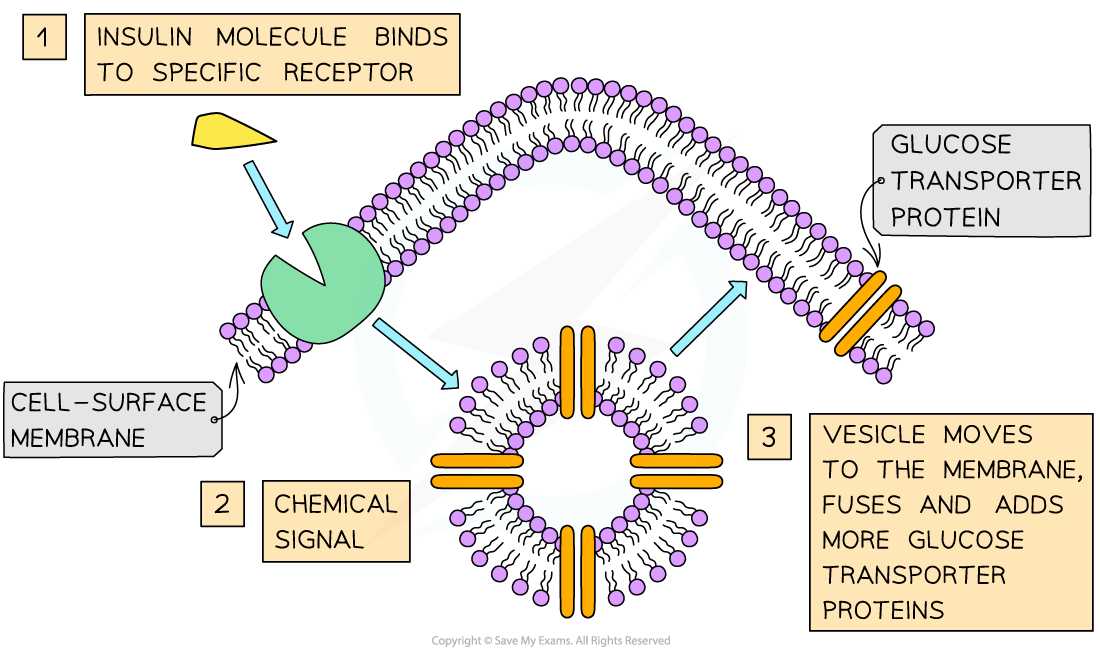 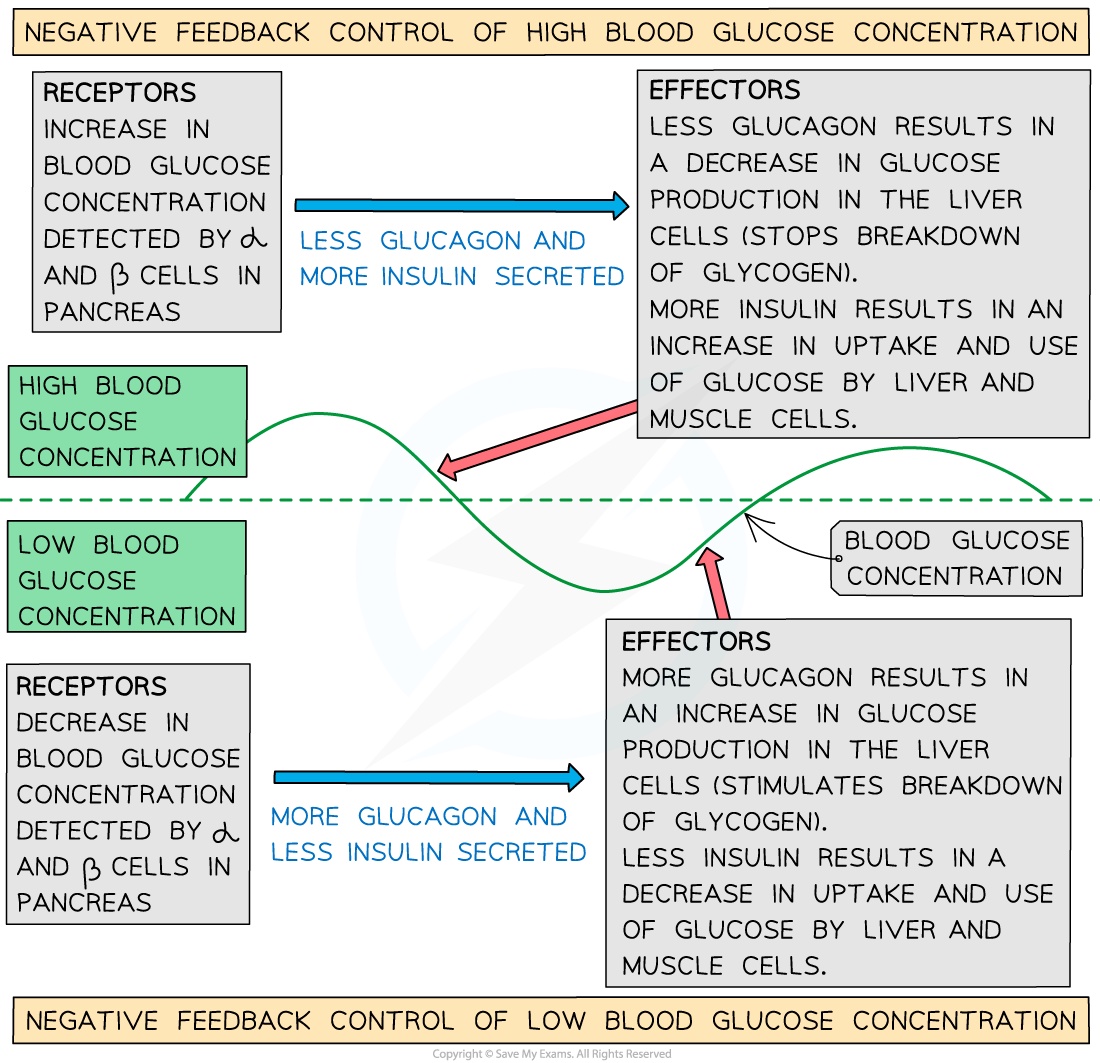 When the blood glucose concentration gets too high more insulin is secreted. The action of insulin on target cells helps to remove glucose from the blood.