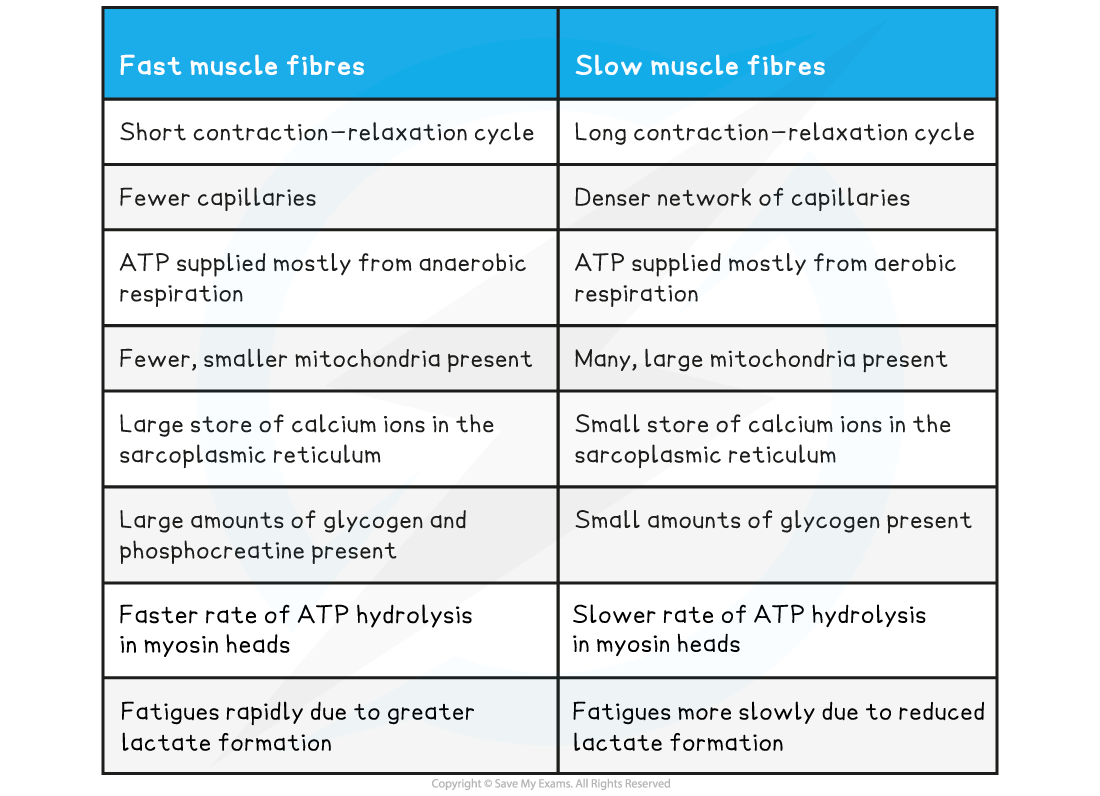 The effect of training on muscle fibres

If an exam question asks how an individual's muscles get bigger as a result of exercise, remember that it is the size of the fibres and not the number of fibres that increase! An increase in the length and number of contractile units within each fibre causes this increase in size.