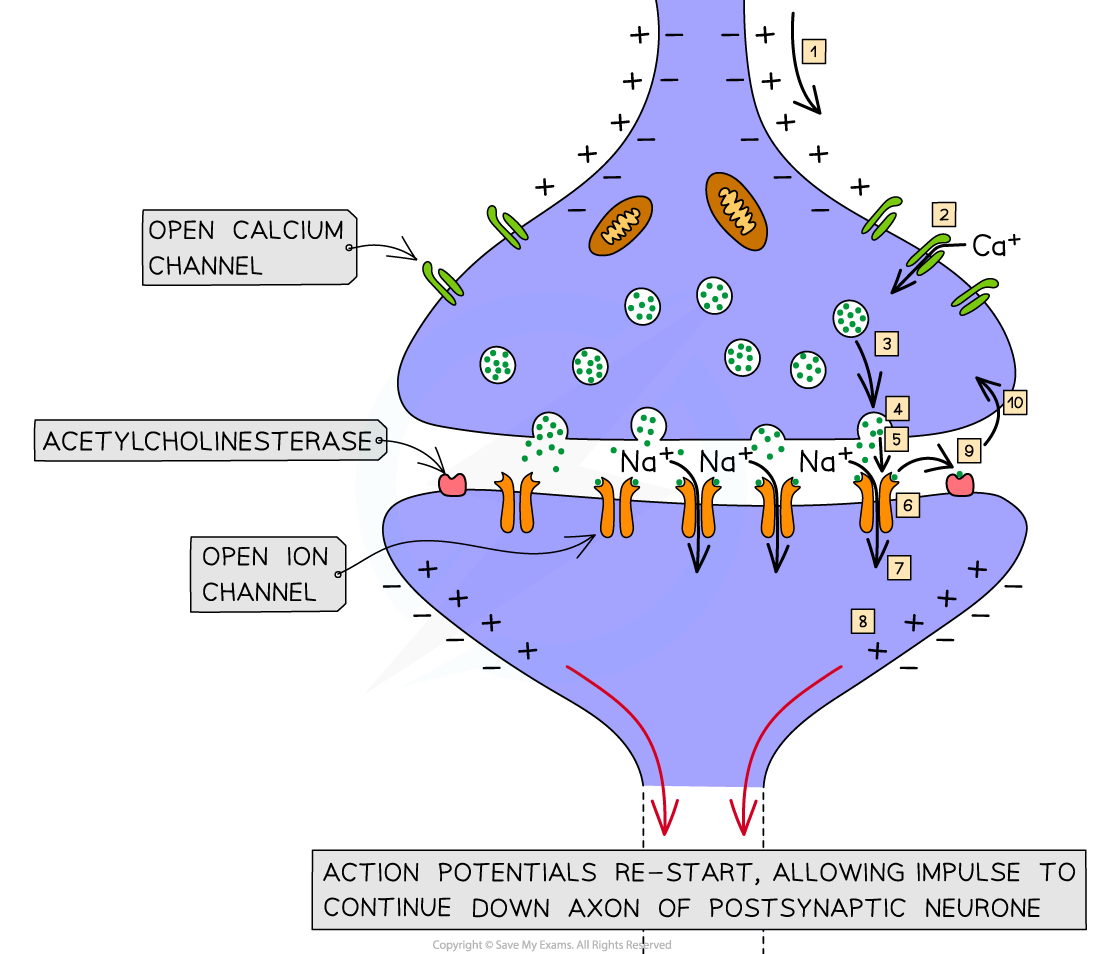 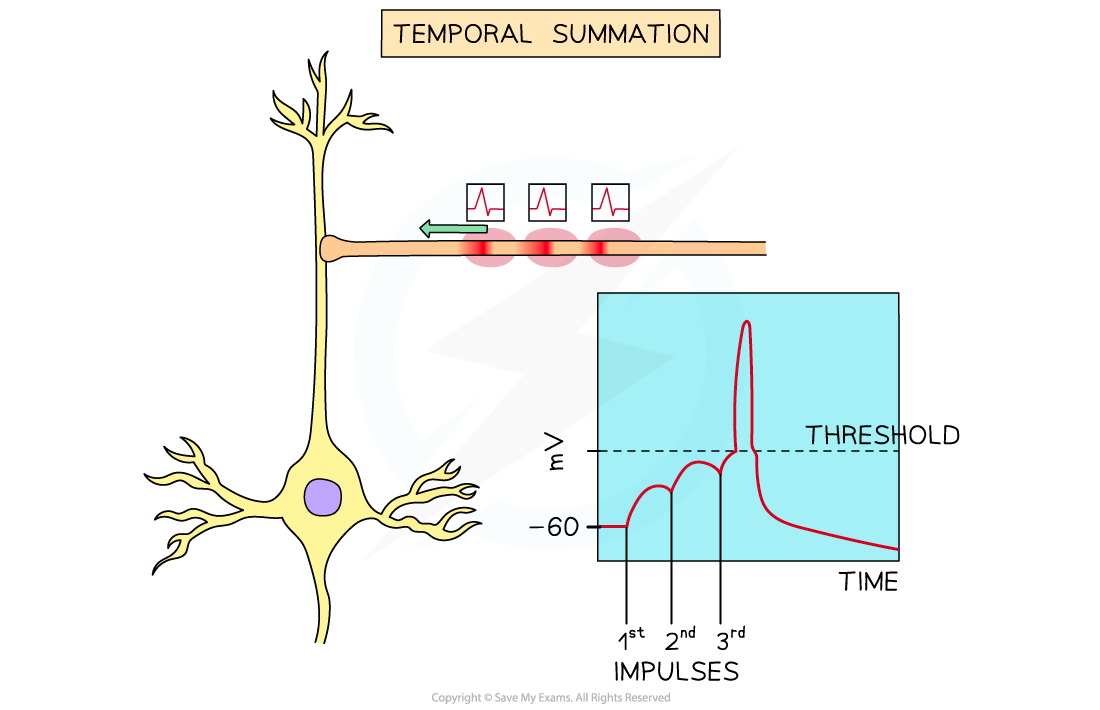 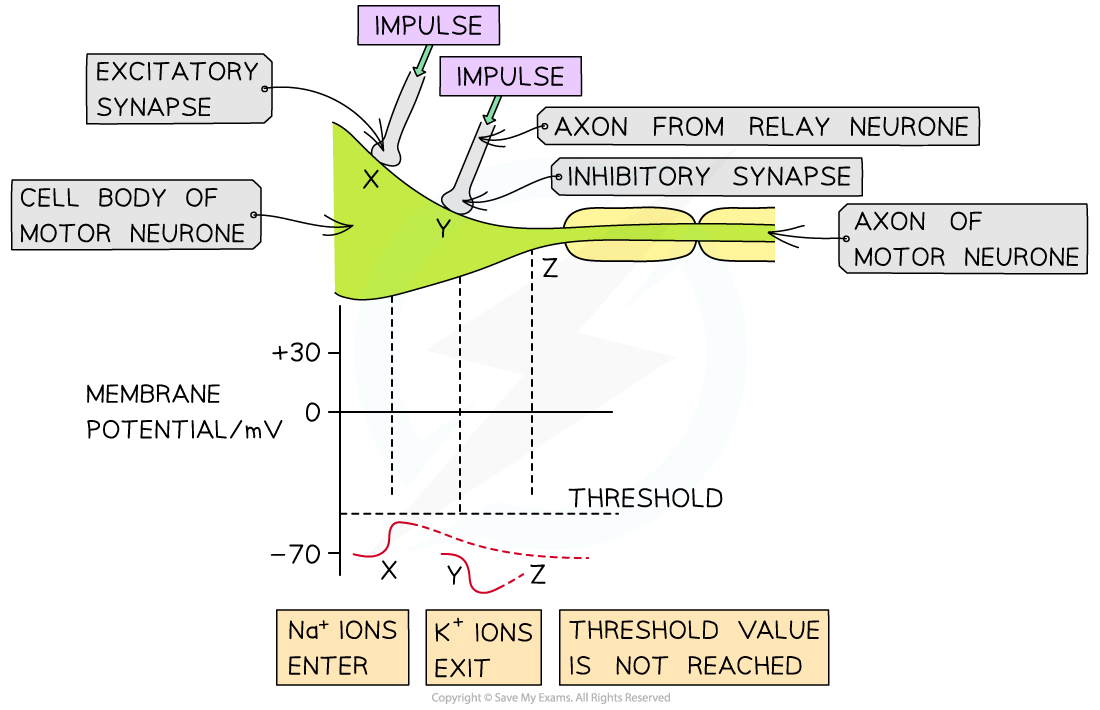 The inhibitory synapse (Y) causes the membrane potential to decrease, cancelling out the effect of the excitatory synapse (X) so that the threshold is not reached and no action potential is generated