Stages in the cardiac cycle table 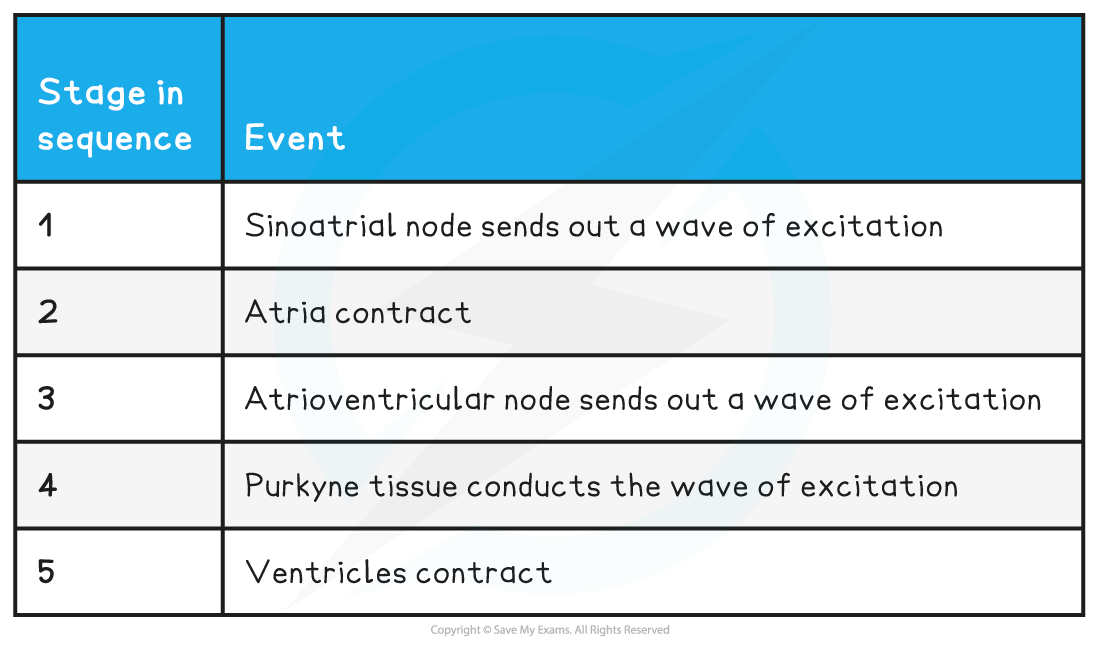 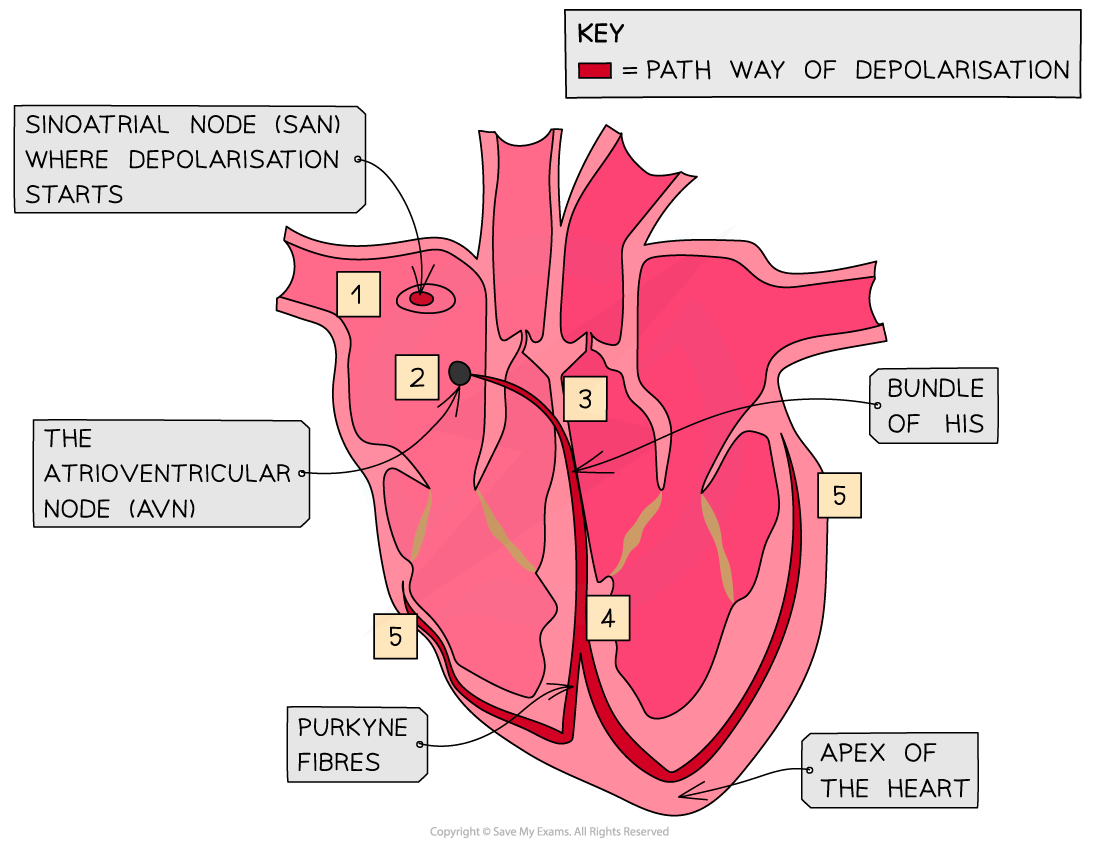 Explain the roles of the sinoatrial node, the atrioventricular node and the Purkyne fibres in a heartbeat.

Remember that the heart is myogenic, which means that the heart will generate a heartbeat by itself and without any other stimulation. Instead, the electrical activity of the heart regulates the heart rate.Be aware that you may sometimes see an alternative spelling of "Purkyne" as "Purkinje" they mean the exact same thing!