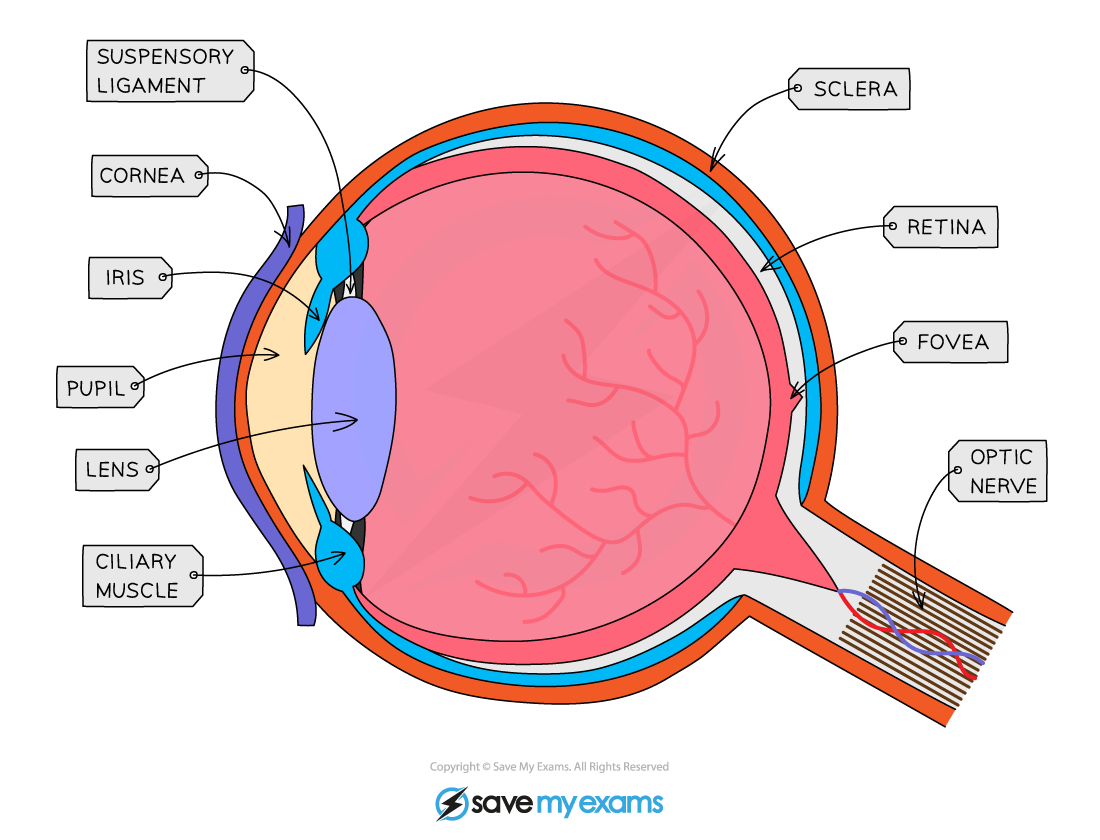 The eye is an organ made from several different types of tissue. All of the structures function together to allow light to hit the retina, which sends signals to the brain. 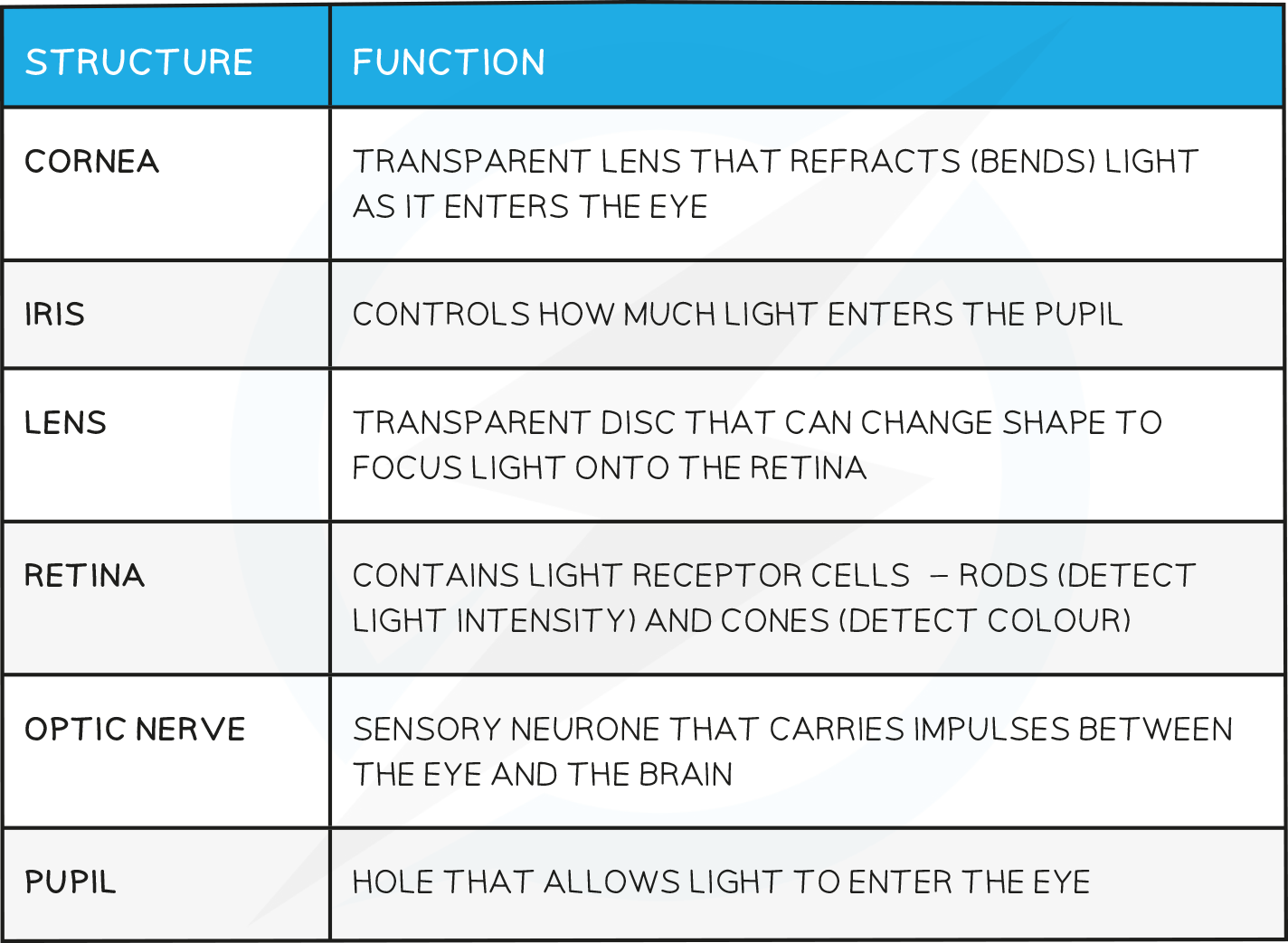 Sensitivity to light and colour 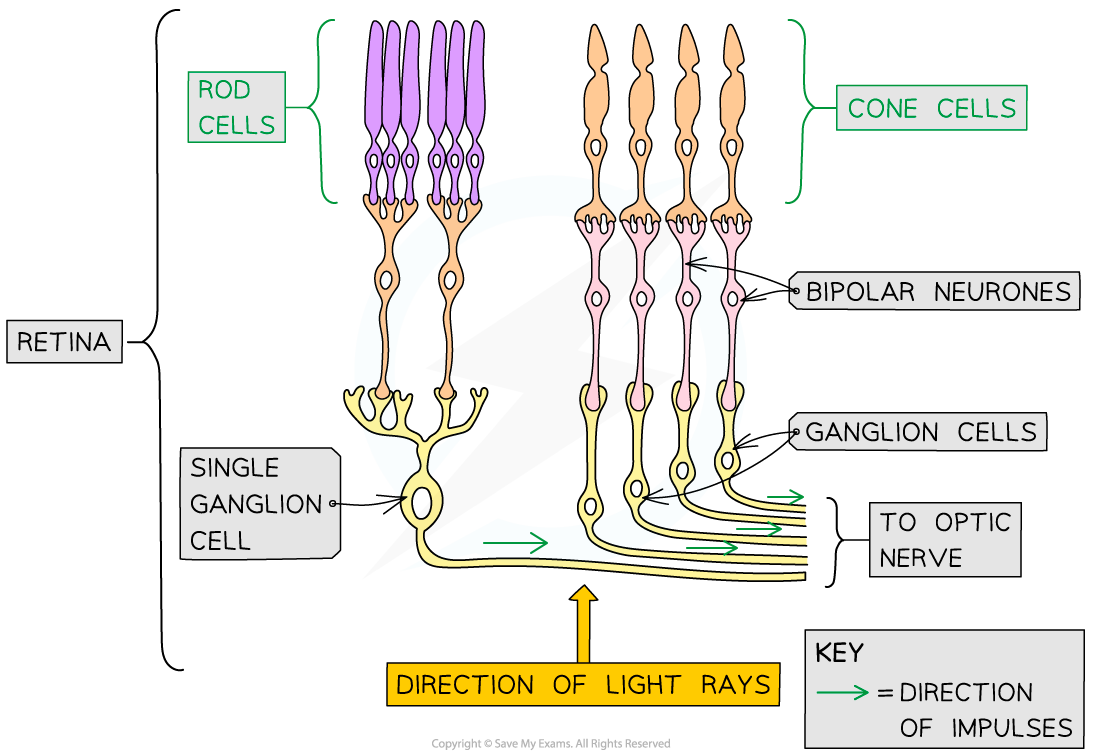 Rods and cones are connected to the optic nerve in different ways. The type of connection affects visual acuity. 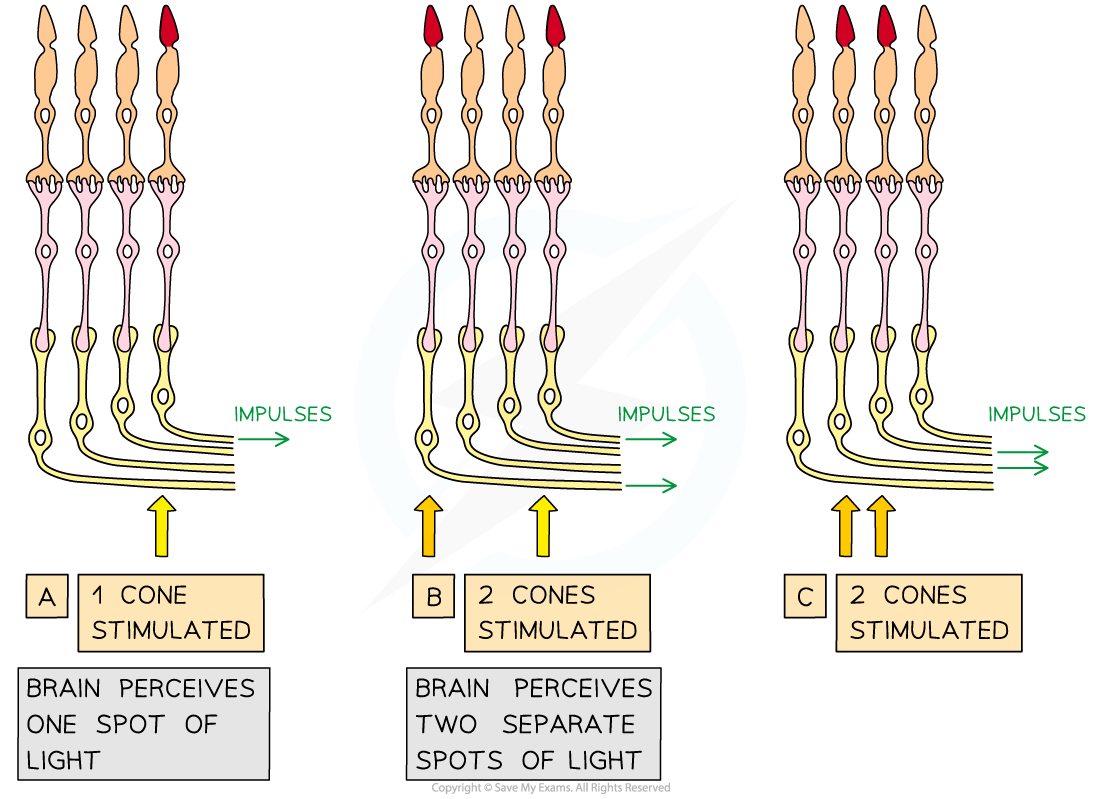 Each cone produces its own impulse when stimulated

You don't need to know all the structures of the eye for the exam, they are just here to help you understand where the different cells are located.When referring to the different cone types in the exam be careful what you call them. They are not red, green and blue cones - they are red-sensitive, green-sensitive and blue-sensitive cones!