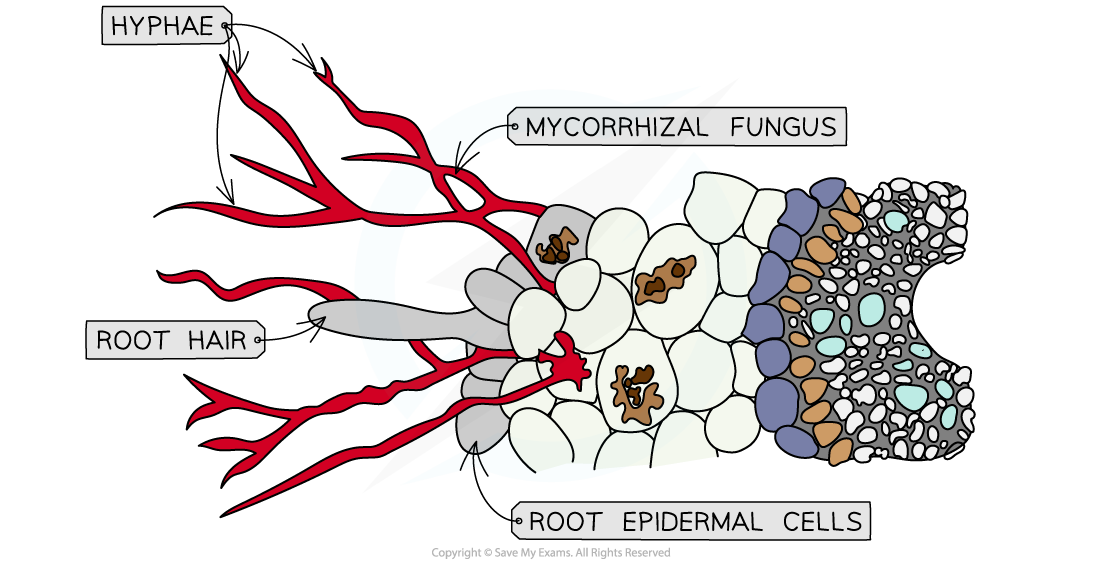 An example of a mycorrhiza (plural = mycorrhizae) - the mutual, symbiotic relationship between a fungus and the roots of a plant

Summary of the role of microorganisms in recycling minerals