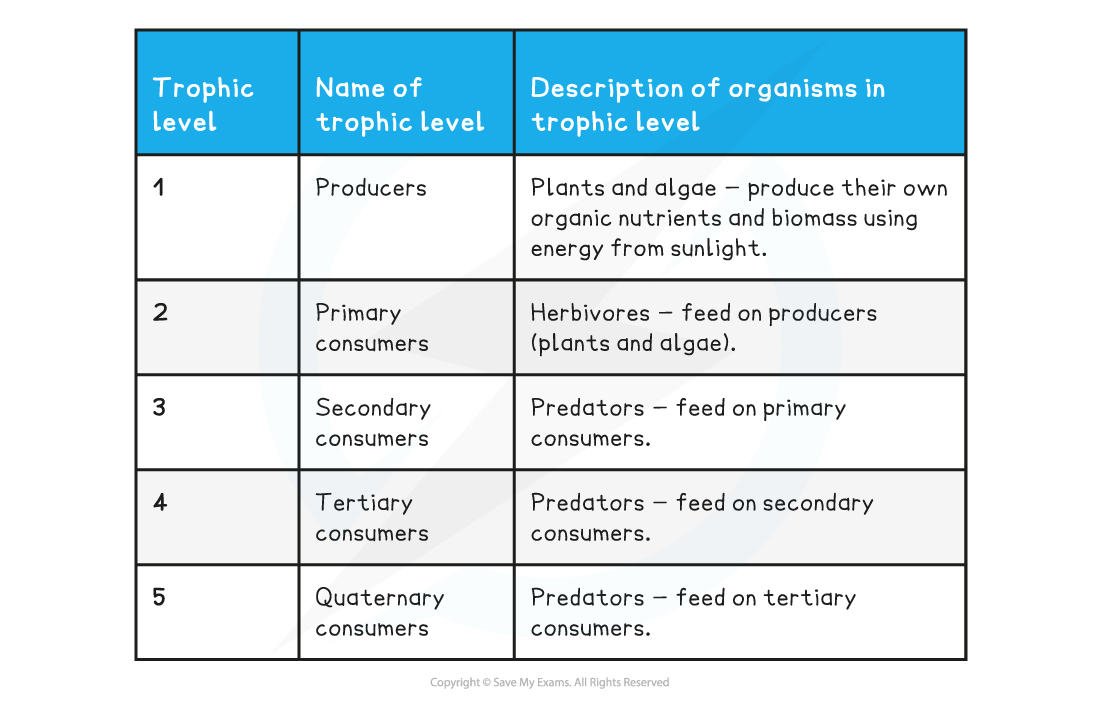 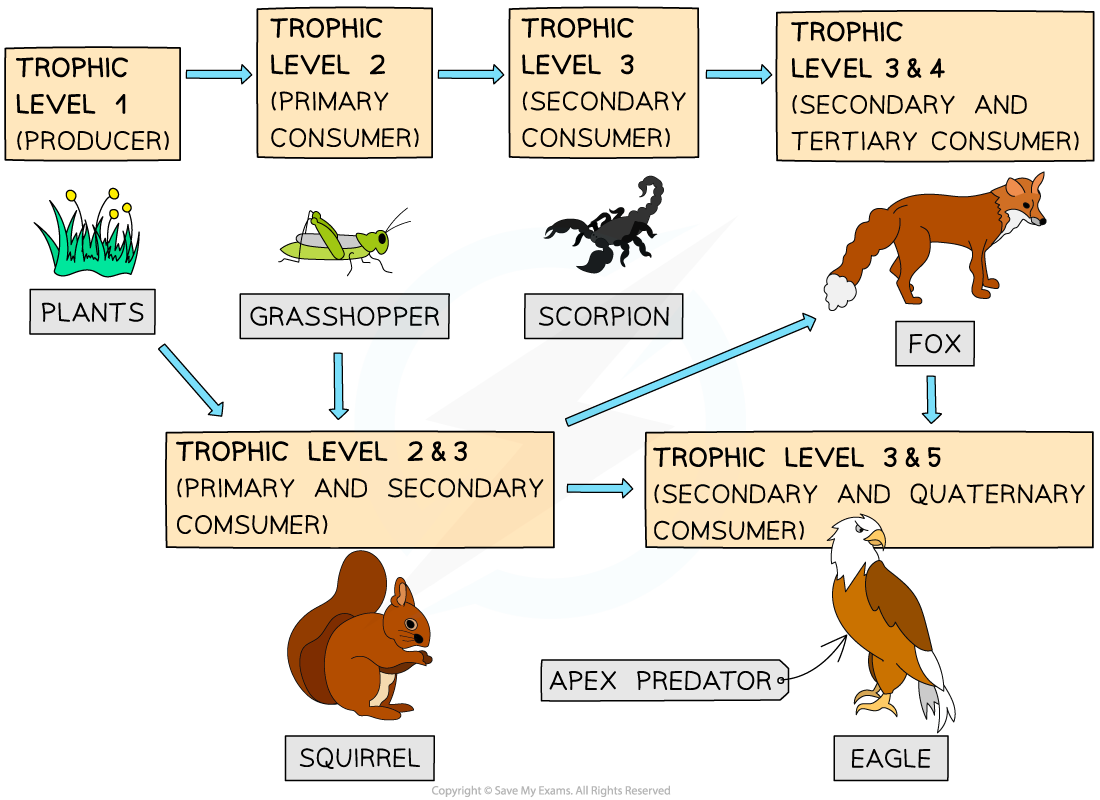 Trophic levels for a simple food web – note that some organisms can belong to more than one trophic level (such as the squirrel, fox and eagle in this food web)

Don’t forget – animals (known as consumers) can be at different levels within the same food web as they could be omnivores (animals that can eat both plants and animals) or could be predators that eat both primary, secondary and/or tertiary consumers!