The Roaring Decade of K-12 International Schools in China

From 2010 to 2017, the field of K-12 international schools in China has boomed, with a total of 383 popping up around the country. The growth rate since 2012 has surpassed 40 per year and continues to expand geographically. This phenomenon has shifted the landscape of educational opportunities and aspirations for families, and is even re-shaping the concept of “international education” with Chinese characteristics.

The rapidly emerging industry in China, while capturing much attention domestically and overseas for its market potential and opportunities, is more fundamentally a testament of the increasingly open mindedness of Chinese society. The beginning of 21st century China laid the groundwork for the public’s adoption of international standards and practices. The nation’s entry into the World Trade Organization and Beijing’s successful bid for the 2008 Summer Olympics, both in 2001, were milestones for China, and reset the world stage. Economic and social reforms have created transformational times ever since.

In a country with Confucian roots stretching more than three thousand years deep, education is not only highly valued, it is a part of the culture. As international education is relatively new and foreign in China, its growth rate is quite remarkable. More to the point, by studying in international track high schools, students essentially opt out of the National University Entrance Examination (“Gao Kao”), taking them past the point of no return from traditional ones. However, with the high stakes context created by the one-child policy (1979-2015), families have sought the best educational resources for their only child, wherever that may be, and sparing no expense. Under these circumstances, the promise of international schools has come out on top when it is available and affordable to the local population.

This article takes a closer look at the international school phenomenon by delving into some of the industry research and statistics, including geographic distribution of growth and the varying tuition trends. The growing number of Chinese families sending their only child to international schools reflects a nation-wide appeal. While the majority of international schools are currently limited to only five areas (Beijing, Shanghai and three provinces), there are 34 more provincial-level administrative areas in China, so it is only a matter of time for other areas to catch up. Not only will the growth of international schools across China further open minds and seed dreams, but also, the world will get to know China more completely by interacting with more diverse areas and people of the nation.

Privately owned either completely by Chinese entities or as joint-venture partnership with overseas schools;

Public schools that have incorporated an international division as a separate curricular track within the school, alongside the normal standard Chinese track;

Private schools that are dedicated to the children of expatriate workers in China and foreign passport holders.

In 2017, among these three divisions, 367 Private Schools account for about half of all international schools, followed by 241 Public International Divisions, and finally 126 Expat Schools. 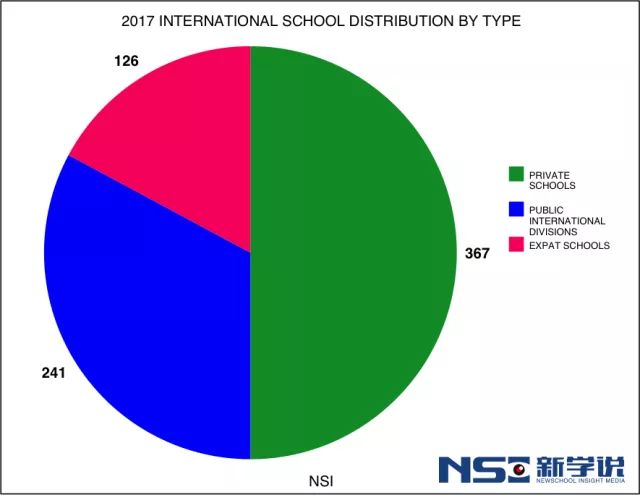 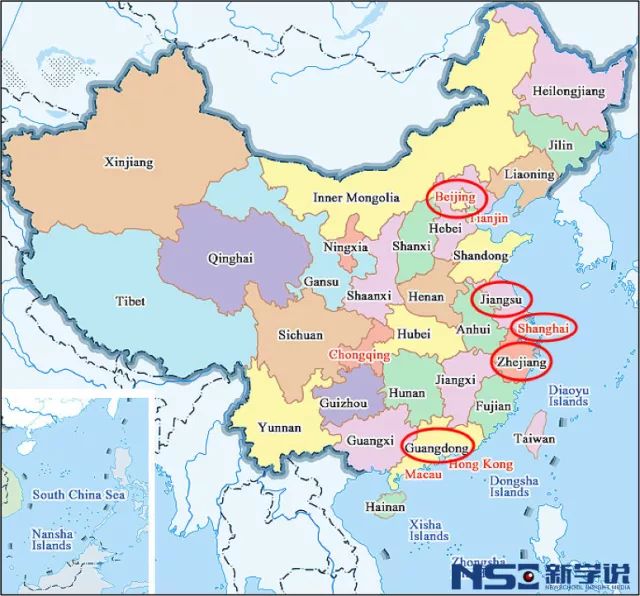 All located in Eastern China, the five areas represent the most economically developed parts of the country. The spending power of locals there has been able to match the rising tuition costs of international schools. Meanwhile, Central and Western regions show untapped potential for the international school market. 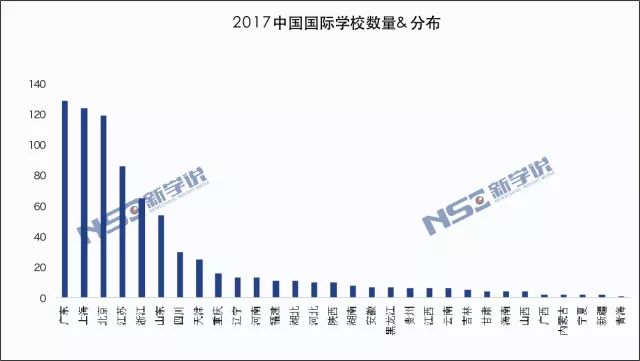 Across all provincial-level areas, the top three areas that lead the pack are Guangdong, Shanghai and Beijing. However, the Southwest region is not far behind, with the number of international schools in Sichuan and Chongqing. Meanwhile, in both Jiangsu and Zhejiang provinces, international schools have begun to spread as far as county-level administrative regions, i.e. Wuxi, Kunshan, Wenzhou, etc. 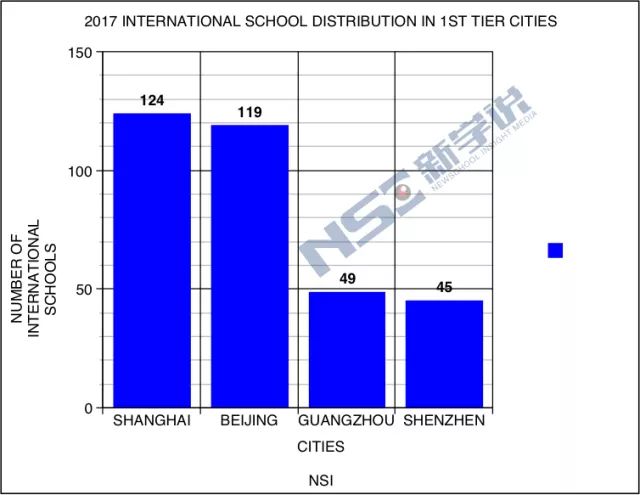 Financially, the levels of tuition vary widely among schools. After surveying 500 international schools across geographical and curricular differences, NSI developed a distribution of average tuitions for the 2017-2018 school year. That said, tuition is only one of the revenue streams for international schools, albeit the main revenue stream. Schools have also standardized the inclusion of miscellaneous fees and service fees as a part of the total attendance costs. Notwithstanding, demand remains very strong, with payment for annual tuition and fees due up to six months before enrollment. 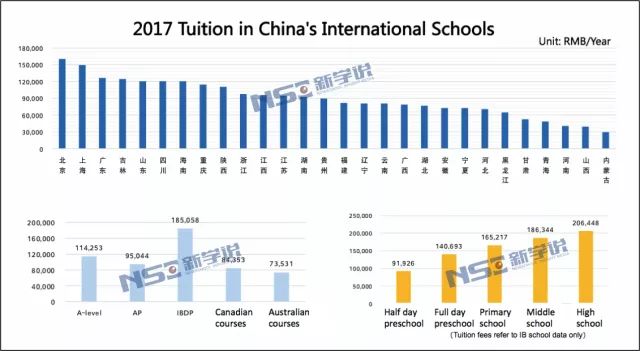 Beijing has the highest annual average tuition per region at RMB 160,700, followed by Shanghai at RMB 149,600, and Guangdong at RMB 126,300. The high-end average tuitions are concentrated in the most economically developed areas of the country, while areas with second-tier tuition averages include Jilin, Shandong, Sichuan, and Hainan provinces (RMB 120,000-130,000). The third level includes Chongqing, Shaanxi, Zhejiang, Jiangxi, Jiangsu and Hunan (RMB 90,000-110,000). Lower annual tuition figures can be found in Midwest China and remote areas, with the lowest average in Inner Mongolia at RMB 29,000. 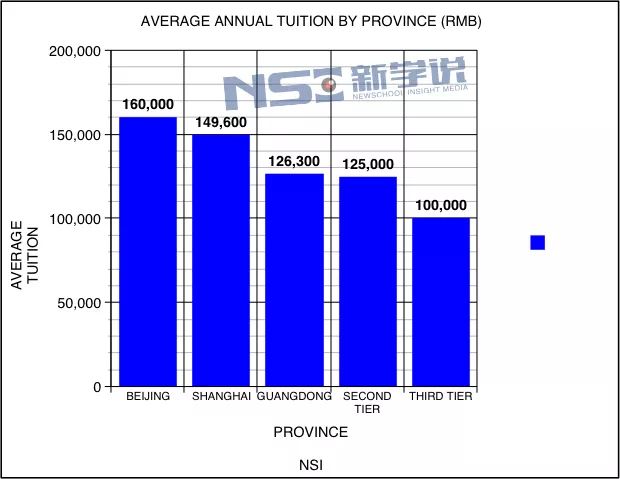 The cross-section of average tuition costs for schools by different curricula gives a glimpse at the varying economics of the schools. The average tuition rate at IB DP-based schools is far ahead of other schools. 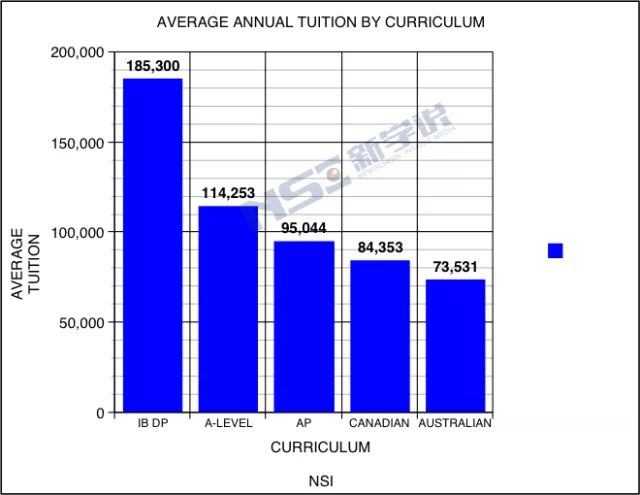 The average tuition rates, in general, are not low. Yet, a market survey conducted in Beijing revealed that the rates are within an acceptable range for most families. With the development of China’s economy, per capita disposable income of urban residents has continued to climb to more than RMB 30,000 with a year-on-year growth of approximately 10%. With a long tradition of valuing the importance of education, families will invest in their children.

A more detailed analysis of the data reveals growing differences across regions. Areas of high economic development have more densely distributed international schools. There is evidence of regional preferences for school type, e.g. demand for Private Schools is greater in Northern Guangdong than in Jiangsu and Zhejiang provinces, which in turn have greater demand than Hunan and Hubei provinces. However, with respect to Public International Divisions, both Hunan and Hubei show greater demand than Jiangsu and Zhejiang. Meanwhile, Chongqing, Chengdu and Xi’an have built up strong partiality for Private Schools over Public International Divisions. Chongqing and Chengdu are set to be the next growth hot spots for international schools in the country. Under such context, the potential for international school development in the new frontiers of Central and Western China is abundant and clear.

Private Schools, in general, have experienced a spike in growth from 2015 to 2017. Though there has also been more Public International Divisions introduced into the market, the introduction has been at a slow rate. Meanwhile, Expat Schools have remained steady and stable. With a decrease in foreign student pool, they have been opening enrollment to Chinese students with foreign passports.

Looking ahead into the near future, Public International Divisions will enter into a quiet spell, as national and local level regulations will halt the approval of new such schools and will limit the operations of currently existing ones. For example, in October 2017, the education commission and the financial bureau of the Beijing municipal government issued new directives that will cap and scale back Public International Divisions – a move that many people say will be replicated in other parts of the country. 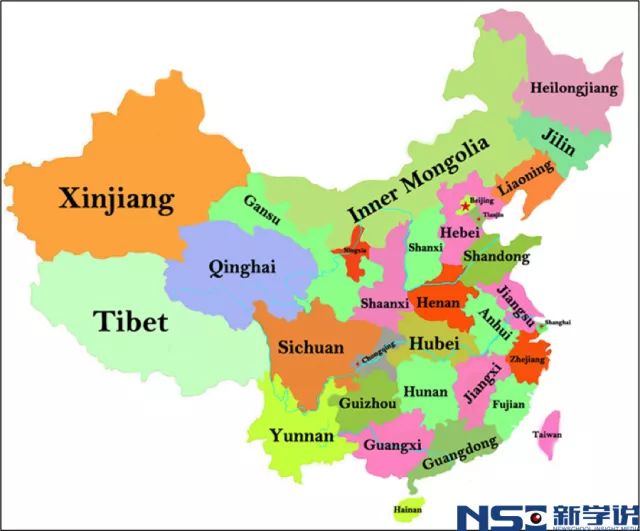 Private Schools will continue to constitute the main segment of China's international schools. Despite small fluctuations from various causes, demand remains high with plenty of room for growth. It is predicted that even as the policy on Public International Divisions matures, the international education market will remain dominated by Private Schools.

Of the different kinds of Private Schools, pre-schools are expected to attract the most capital investment. Asset-light business models with a focus on service output will continue to be the preferred approach. Meanwhile, private joint-venture partnerships with well-known overseas schools will gain ground in the rising markets of 2nd and 3rd tier areas.

Although the spread of international schools has been mostly limited to five areas, the promise is clear nation-wide. Neither the foreign nature of the pedagogy nor the rising costs of tuition are dissuasive for Chinese families who can afford it. Enrollment into top international schools has even become highly competitive, turning parents into more well-informed and savvy consumers. Furthermore, the continuous capital injection and investment into the industry will help stimulate competition and create diverse and high-quality school models, ushering in a new era of Chinese international schools.

In the end, the future of international schools in China for the next decade (2021-2030) is now coming into focus. With the opening of the Chinese mind, established international curriculum and school management will be more deeply adopted. Ultimately, their integration with traditional Chinese teaching and culture will create a new model of international school with Chinese characteristics. The result will serve as a contribution to learners around the world, a new standard in the field of international education, and a milestone in the country’s cultural renaissance.