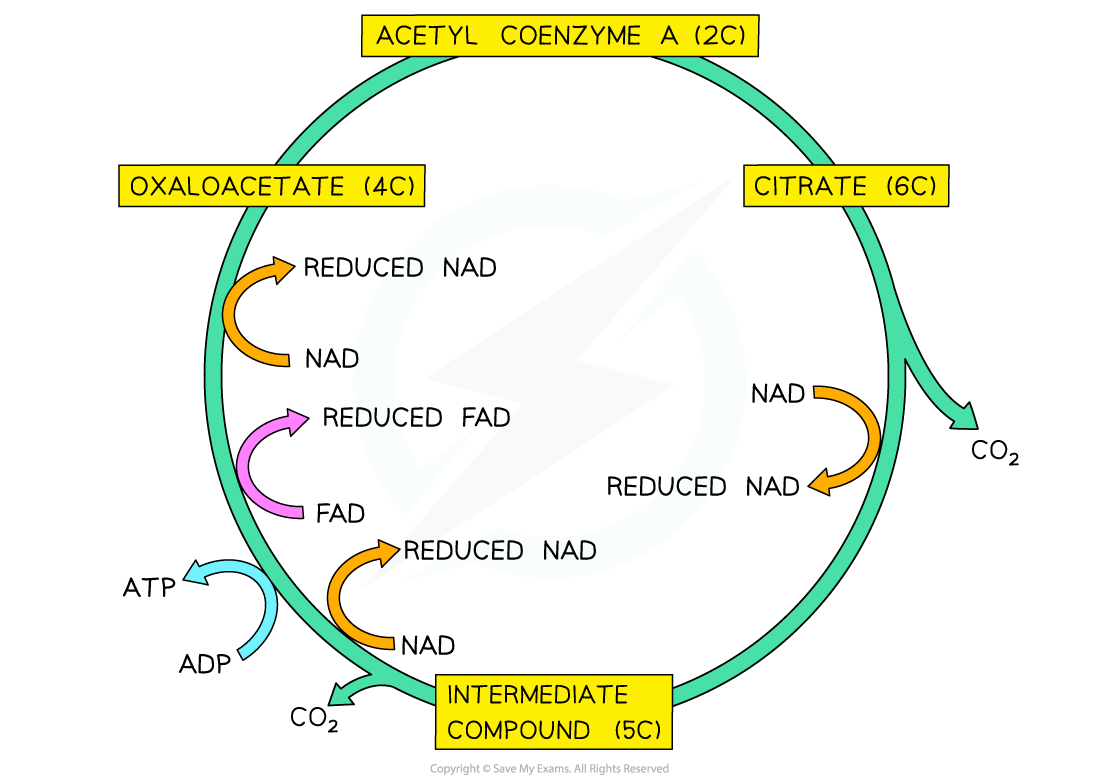 The Krebs Cycle uses acetyl CoA from the link reaction and the regeneration of oxaloacetate to produce reduced NAD, reduced FAD and ATP

The Krebs cycle is often referred to as cyclical or circular. This is because the acceptor molecule oxaloacetate is regenerated throughout the reaction so that it can start all over again by adding another acetyl CoA. You may be asked to name the important molecules in the Krebs cycle like oxaloacetate. It is also worth noting how the number of carbon atoms in the substrate molecule changes as the cycle progresses.