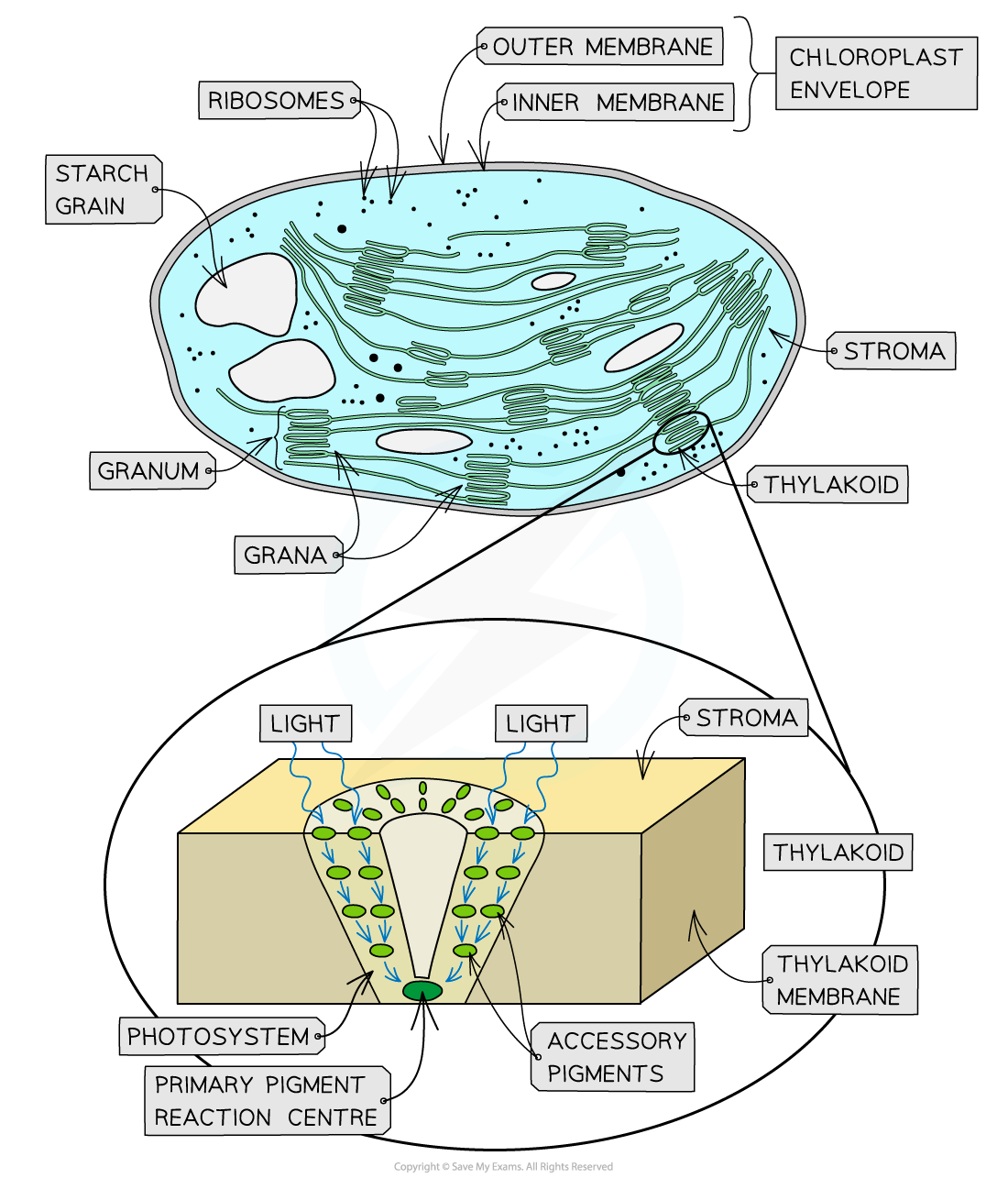 Photosystems are funnel-like structures found in the thylakoid membrane. They are made from accessory pigments that absorb light energy and transfer it to the primary pigment reaction centre. 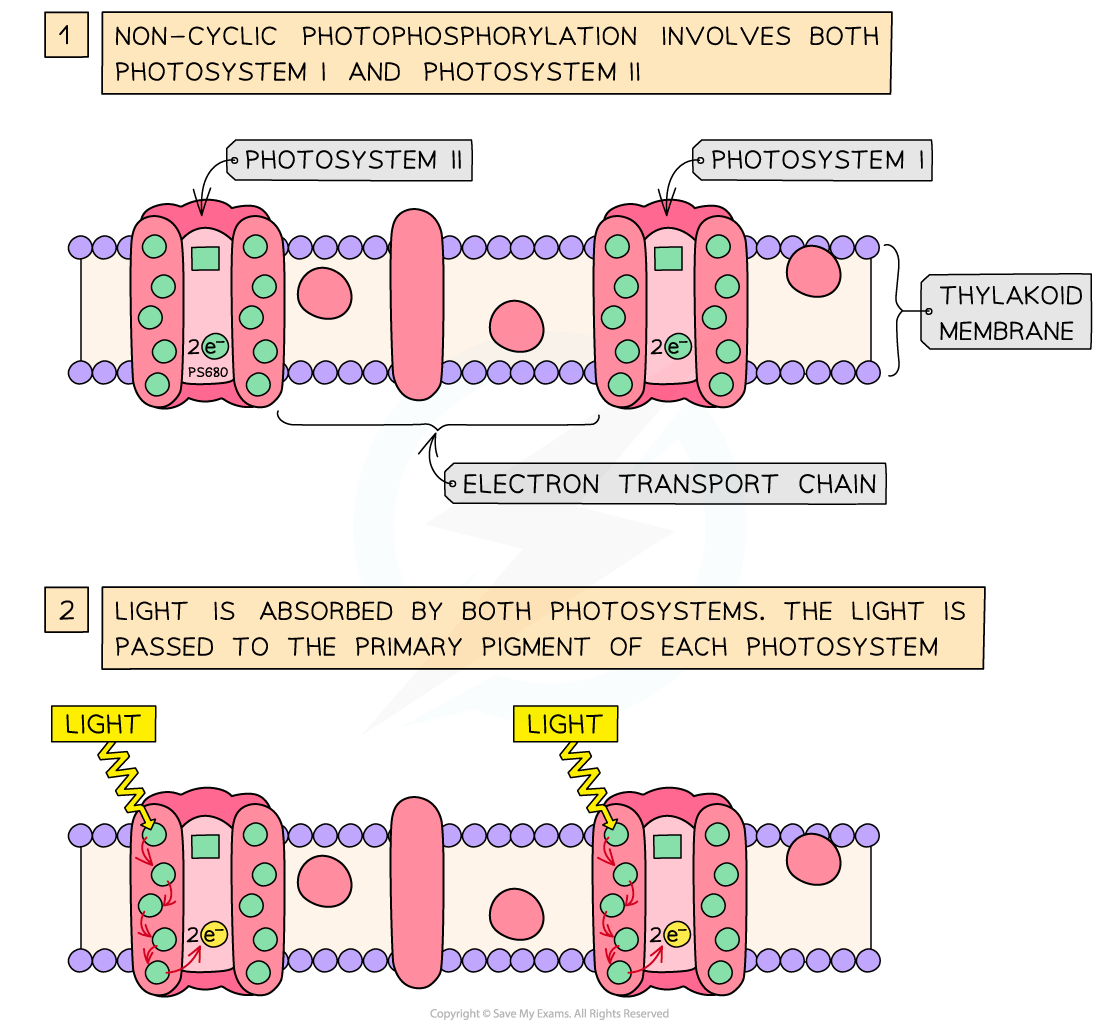 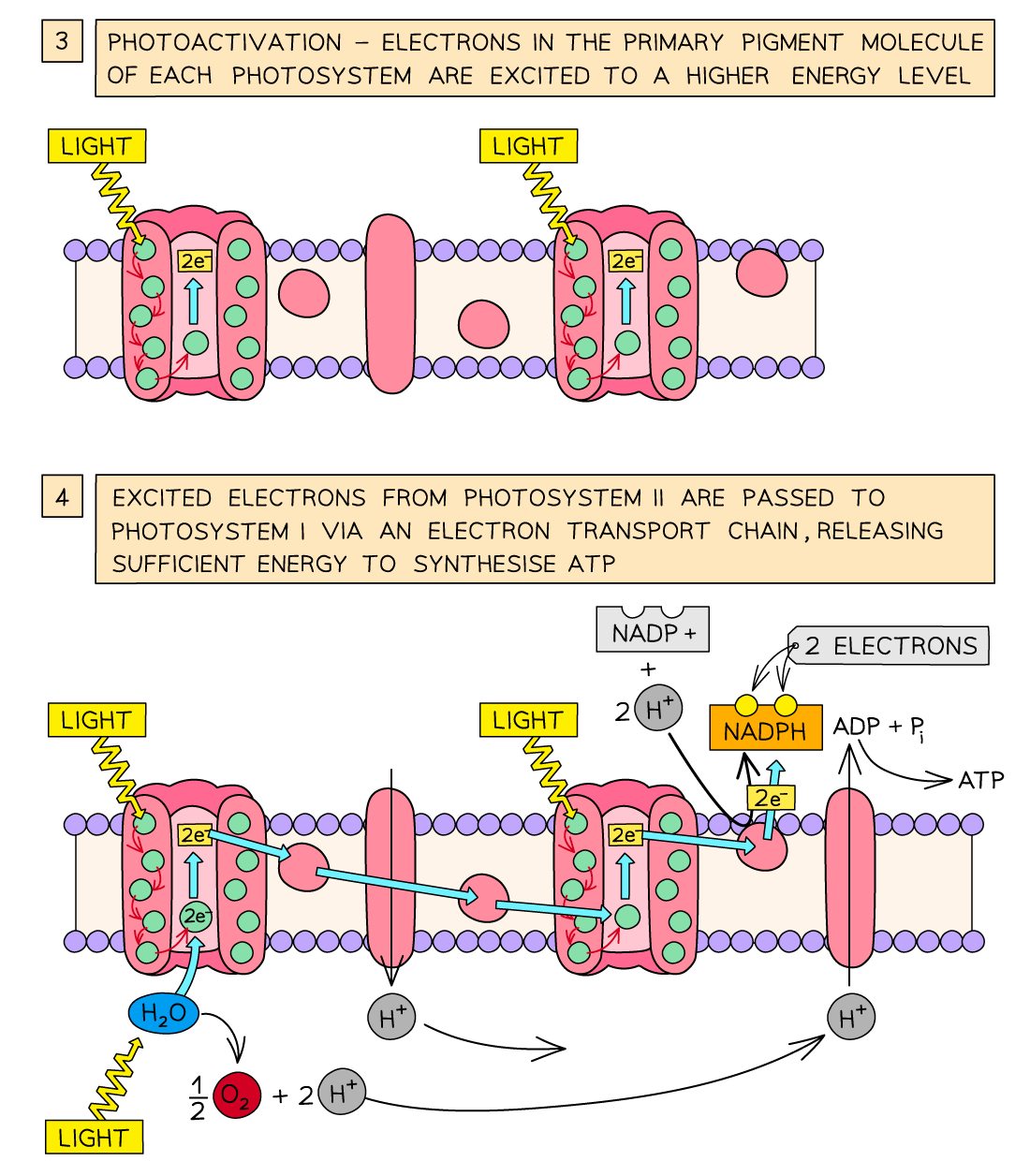 Light Dependent Photophosphorylation leads to the production of ATP and NADP